Leaders offer insights into serving energy, commodities and consumers in Greater Omaha and beyond. 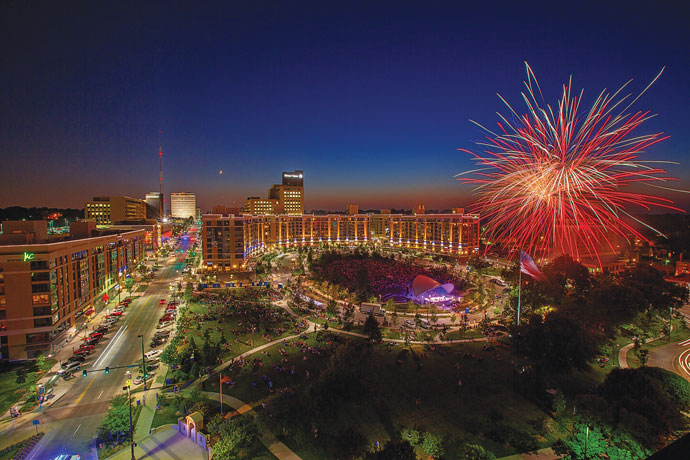 Downtown Omaha has welcomed around $2.5 billion in investment over the past 15 to 20 years.
Photo courtesy of Greater Omaha Chamber of Commerce
by ADAM BRUNS
W

hen Site Selection delivered its first-ever per-capita Governor’s Cup to Gov. Dave Heineman in March 2014, he didn’t want to let go of it, and pledged to put it in the middle of the table at a big meeting that very day.

Can the state deliver a repeat in 2015? Evidence keeps popping up in Omaha and across the state, from South Sioux City to Lincoln to way out west in Scottsbluff. New projects include the 350,000-sq.-ft. (32,515-sq.-m.) Tejas Tubular Products facility in the Norfolk area of Madison County, which will employ 200 in the manufacture of oil country tubular goods (OCTG) products for the oil and gas sector.

“We’re impressed with Nebraska’s fiscally conservative approach to doing business,” said Max Tejeda, owner of Tejas Tubular. “The City of Norfolk was instrumental in convincing us to locate here. I can readily see the quality and dedication of the local workforce, and am looking forward to hiring hard-working Nebraskans to manufacture our line of quality products.”

Another major factor was proximity to steel supplier Nucor, which in February announced its own $70-million expansion in Norfolk. As if illustrating the closed-loop concept, those companies and more will benefit from an agreement among area businesses, the City of Norfolk and Black Hills Energy whereby Black Hills will construct a new pipeline that will increase by 50 percent the area’s supply of natural gas.

Greater Omaha accounts for nearly 44 percent of the total projects tracked by the Nebraska Dept. of Economic Development during the first half of 2014. Some of those projects are giving new life to stale locations.

Rod Yates, a former colleague of Sam Zell, is principal of Utah-based OTB Destination, and he has a penchant for redeveloping what he calls “broken assets.” An outlet center located in Gretna, 30 minutes from Omaha and 30 minutes from Lincoln, is one such success story. Since its grand opening as Nebraska Crossing Outlets in Nov. 2013, it’s a thriving 350,000-sq.-ft. (32,515-sq.-m.) center.

“Both of the suburbs have grown, so the populations have grown to the outlet center,” he says. “It made a lot of sense.” A trade area profile performed by Hoffman Strategy Group forecast 5-percent population growth between 2013 and 2018 in a 100-mile (161-km.) circle around the location.

A separate redevelopment project OTB and local partner Century Development are pursuing in the area is a two-phase, $260-million infill redevelopment of Crossroads Mall into Crossroads Village, scaled back this spring from an original $400-million plan, but still featuring 240,000 sq. ft. (22,296 sq. m.) of office space, various lifestyle amenities and a 60,000-sq.-ft. (5,574-sq. m.) “technology village” for medical and early-stage/start-up firms. The project is aiming for about $90 million in incentives from the city through TIF and other arrangements.

"This has always been considered a flyover state. What helped me sell those brands on coming here was the business climate."

Yates says Omaha is a great opportunity, because plenty of other high-end brands have yet to arrive on the scene. He says the sense of public-private partnership in Greater Omaha has helped cement deals.

“This has always been considered a flyover state,” he says. “What helped me sell those brands on coming here was the business climate. When I started marketing the center it was the heart of the recession — these brands had centers in Las Vegas and Boca, and here’s Omaha at three-to-four-percent unemployed. That sold these brands.”

As previously reported in these pages, Gavilon, a commodities management company primarily engaged with the agriculture and fertilizer sectors, recently constructed a new $44-million headquarters in downtown Omaha at World-Herald Square Plaza. It serves as the operations and trading hub for the former ConAgra division, which was spun out in 2008 and was acquired by Japan’s Marubeni last year.

Robert Jones, chief administrative officer for Gavilon, has watched employment balloon from 1,000 to 1,900 since early 2010. Keeping that talent flowing as well as the products they move around the globe is a top priority. He says a lot of the company’s hires come through land grant universities in the Midwest, led by what he calls “a great ag program” at the University of Nebraska in Lincoln. For staff-level roles, Gavilon recruits heavily out of Creighton University and the University of Nebraska-Omaha.

The talent quotient was a chief site selection criterion when the company chose a new site in 2011. The talent Gavilon craves is in fairly high demand, and courted by companies in Kansas City and Chicago. 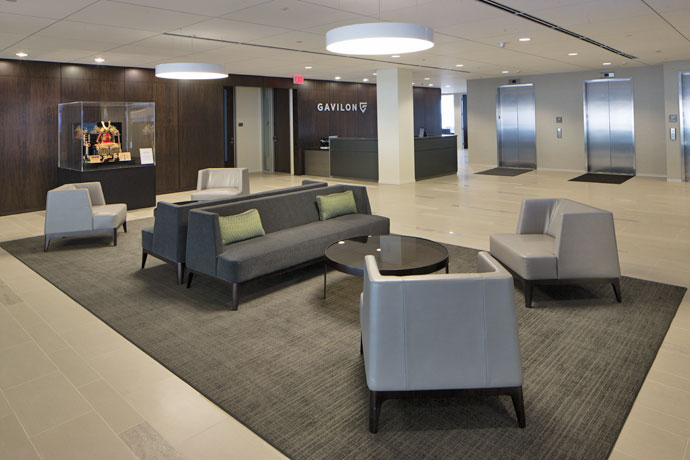 Gavilon’s $44-million headquarters in downtown Omaha is home to the braintrust of a commodities operation that does business at more than 300 locations in 12 countries.
Photo courtesy of Gavilon

Omaha was the top candidate because the majority of headquarters employees live in the area, with some on the Iowa side. But the Gavilon team also looked at Council Bluffs, Iowa (across the river); Kansas City, Minneapolis and Chicago. Focus group meetings and scattergram analysis of employee residences convinced Jones and his team that staying put and building downtown was the best option. That applied even though many employees live along corridors outside the city center.

“Almost every single one of them said that it was a plus to be downtown,” says Jones. “Proximity to the airport was important, and to the social scene. We were looking to make sure we have the talent to execute on our business plan. With the amount of growth we’ve had the past four years, and the prospect of that continuing, it was really important we had an environment where we wanted to be.”

That applies to the neighborhood and to the building itself, full of the sort of amenities people — whether young or seasoned — need.

“You spend a lot of your waking hours — the majority in my case — at work,” Jones says. “So you want an environment that provides you the stimulation to be creative and collaborate.”

BEST TO INVEST: Top Us Economic Development Groups (May 1, 2014)