Like their resurrected winemaking tradition, Slovenians win over investors with a blend that is both complex and delightful. 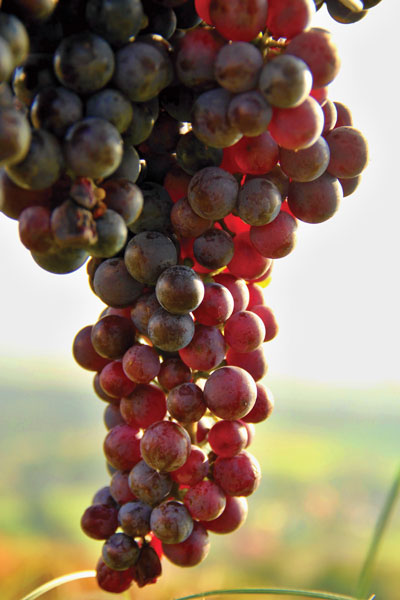 ould you find Slovenia on a map, or name its Prime Minister?

Know anything about its investment climate or history?

Ever tasted "The Wine?"

What exactly is Slovenia?

I asked an executive that last question during a recent site tour, and he gave what may be my favorite answer to any interview question I've ever posed: "Slovenia's just like Austria, without all the f---ing Austrians!"

Such was my introduction to this stunningly beautiful little European nation nestled between Venice and Vienna - and with a heritage to merit mention alongside those two capitals of culture.

In the last 100 years alone the tiny country we now call Slovenia has been part of the Austro-Hungarian Empire, had chunks ruled by Germany and Italy, and been one of the most productive regions of Yugoslavia. Slovenians will tell you they have German worker mentality, interwoven with Slovak culture and Southern European laissez-faire.

"We are serious like the Germans, but open like the Italians," says Hubert Kosler, managing director of Yaskawa's robotics division. Based in Japan for nearly a century, Yaskawa is one of the world's leading manufacturers of robotics automation systems. The company has expanded operations in Slovenia for a quarter-century because, says Mr. Kosler, "Slovenian engineers are every bit as educated but half the price of their German counterparts, perfectly fitting our need for a low-salaried, highly specialized workforce." 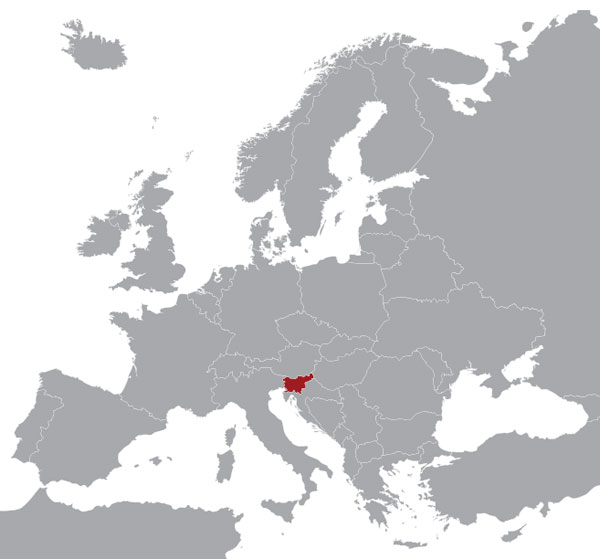 " We need a workforce that's technically proficient and can handle mid- to high-end manufacturing. Slovenia delivers that."

In recent years many foreign investors have taken note, attracted to Slovenia's strategic position at the heart of Europe's 500 million consumers, and its strong transport and ITC infrastructure with well developed industry clusters, such as automotive parts manufacturing (it's said that if you drive a German car - any German car - you're running on Slovenian parts.) So why does it seem that Slovenia still struggles with brand awareness?

The country's booming wine industry offers clues. It's an industry that pre-dates the Romans, and Slovenians are desperately proud of it. Nearly everyone you meet will demand to know if you've yet tried "The Wine," and are likely to haul you off for a glass if you shake your head no.

In a New York Times piece last year raving about Slovenian wine, Eric Asimov noted that although Eastern Europe is home to an ancient wine culture, Communism separated countries from centuries of winemaking traditions. "The post-Communist rejuvenation of these traditions, and their adaptation to the modern world, are among the most exciting stories in wine today," wrote Asimov.

That Communist-enforced separation from the Western world helps explain the generally blank eyes staring back at me when I mention Slovenia to US colleagues. And that's a shame, both for a people justifiably proud of their rich history, and global companies who would benefit from knowing them.

Take Belimed, the Swiss medical and life sciences firm with 1,200 employees in 10 countries. Matjaž Zupančič, Belimed's managing director in Slovenia, and CFO Andreja Tajnič tell Site Selection that Belimed's operations in Slovenia are expanding at a faster rate than anywhere else in Europe.

"It's the people," explains Mr. Zupančič. "We need a workforce that's technically proficient and can handle mid- to high-end manufacturing. Slovenia delivers that."

Mr. Zupančič, clearly a champion for investing in Slovania, gushes that Slovenia's corporate culture of transparency and accountability, coupled with the loyalty and integrity of the Slovenian people, "make a foreign manager's job easy."

That claim is backed by evidence: World Bank Group's 2014 Doing Business rankings, which calibrate how easy it is to start a business in 189 countries, rank Slovenia an impressive 33rd overall, with high marks for transparency in business regulations and a global ranking of 14th when it comes to protecting investors. 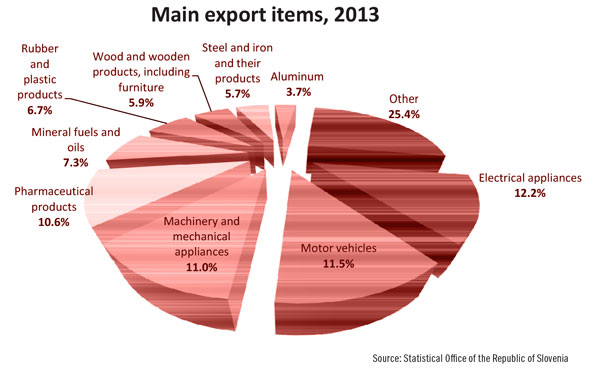 Though on a pure cost basis the most basic manufacturing might go to Romania or Bulgaria, notes Ms. Tajnič, Belimed will double its current activities in Slovenia in the next few years because company leaders know they can "employ workers we can trust, for a fraction of the cost of Western Europe."

Slovenia is an export-driven economy, with significant brand recognition in Europe, which receives 75 percent of Slovenian exports and provides 90 percent of the country's foreign investment. But for Slovenia to take the next step in its remarkable history, it will need to export that brand beyond the EU.

The Wine, as wine tends to do, will help Slovenia break the ice. The people will melt it entirely.