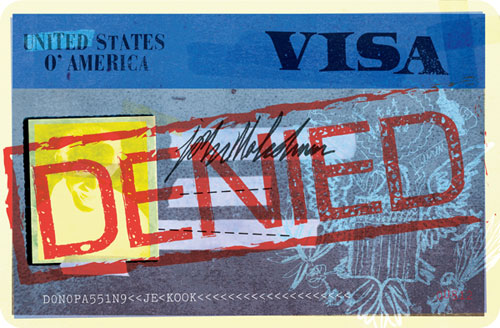 n 2013, 10,000 high tech positions at five high tech companies - IBM, Intel, Microsoft, Oracle and Qualcomm - went unfilled due to a lack of qualified US candidates. "Each one of these jobs has the potential to create many others, directly and indirectly," wrote the company CEOs in an open letter to President Obama and Congress. Yet because of the lack of available H-1B visas, those open positions remained unfilled, and fewer jobs were created for US workers that would normally have been hired to support the highly-skilled workers.

Real, substantive discussions of immigration reform around the awarding of H-1B visas might be difficult, but not having such discussions is costing the US economy billions of dollars and hundreds of thousands of jobs. A simplistic reaction to H-1B visas is that foreign workers, particularly those in the IT sector, are taking jobs that would be held by US workers, typically for lower wages. But the data doesn't support that view.

According to a comprehensive study by the Partnership for a New American Economy, a bipartisan organization making the economic case for immigration reform, those cities where employers were denied large numbers of H-1B visas in the 2007 and 2008 visa lotteries experienced significantly lower job creation and wage growth for American-born computer workers in the two years after the lotteries. The report, titled "Closing Economic Windows," states that more than 231,000 tech jobs weren't created thanks to the rejection of 178,000 H-1B visa applications in those two lottery years. And it's a challenge in other industries as well.

Michael Taylor is the senior director for International Trade for SPI, the plastics industry trade association. "When I talk about re-shoring," he says, "I always have to point out that there's one trend working against us, and that's the shortage of skilled labor. Every meeting I go to at SPI, whenever there are discussions around the round table, I'm hearing 'I'm having trouble getting somebody' or the challenges manufacturers have finding skilled workers." Taylor says the H-1B visa program must expand to allow for more workers or the US runs the risk of another economic slowdown. "If you don't allow for these types of visas," he adds, "You have a chilling effect on economic growth and that's not a good thing."

Only 65,000 H-1B visas are made available per year. They are snapped up within days. An immigration reform proposal offered in 2014, which was tacked onto the comprehensive immigration and border security bill, suggested raising the number of H-1B visas to 115,000 minimum, capping it at 300,000 and adjusting accordingly based on the number granted the previous year. "That's a very sensible direction to take," Taylor says. "Whatever the proposal, you have to have a ceiling, and I agree with the adjustability. For instance, I don't want an economic downturn, but if you had one, you wouldn't want as many of these [visas] going out there. And if we do the right thing nationally - addressing the skills gap with STEM education, workforce and talent development - we should see the numbers of visas dropping."

And there's the rub. The H-1B visa crisis turns the spotlight on a deep, systemic challenge running across industry sectors that won't be solved by one program and certainly not overnight. "The H-1B visa program is just one facet of the solution," says Taylor, "Everyone talks about how we have to keep advanced manufacturing here in the US, and H-1B visas are an important part of the discussion. But if we can't get the next generation excited about advanced manufacturing, we're in trouble. If we can't fund that pathway adequately, giving it the attention it deserves, that's a problem. This program is a bandage on a wound. Even if you get the solution right, it's going to take a generation to fix."