ccording to a report by London-based global recruiting firm Hydrogen Group, the likelihood is very good that members of Generation Y, those people born in the 1980s and 1990s, are prepared to leave their home countries in order to make the most of the investment into their careers. Hydrogen Group and business school ESCP Europe surveyed more than 670 young professionals, ages 21-30, for their Hydrogen 'Global professionals on the move' report 2014. The survey found 48 percent of young professionals were willing to work abroad. And the same generation that doesn't find new technology daunting is open to relocating to a BRICS [Brazil, Russia, India, China, South Africa] country. 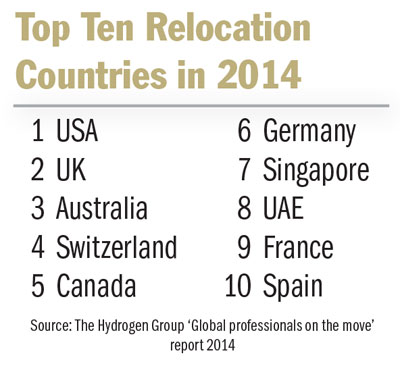 Volvo plans to begin production of the XC90 SUV at its Torslanda plant in early 2015.
I

n response to customer demand for its new cars, Volvo Cars is adding a third working shift to its plant in the Torslanda district of Gothenberg, Sweden, creating 1,300 new jobs. The expansion coincides with the start of production of the new Volvo XC90 SUV, which is planned to begin in the first quarter of 2015. The plant recently opened a new body shop, increasing production capacity to 300,000 cars annually. In addition to the XC90, the plant produces the S60, S80, V60, V70 and XC70.

A Supplier on Three Continents An interior view of the new Novelis Changzhou facility.
N

ovelis, the global leader in aluminum rolling and recycling, officially opened China’s first plant dedicated to the production of heat-treated aluminum automotive sheet. With the plant’s opening, Novelis becomes the only company to produce automotive aluminum sheet in all three of the world’s major automobile producing regions — Asia, Europe and North America. The company will provide customers with automotive sheet for use in lightweight vehicle structures and automobile body panels. The wholly owned, $100-million plant is located in the heart of the Changzhou National Hi-Tech District and close to rail lines, the Changzhou deep water port and other commercial infrastructure.

Revising the Numbers,
Rising in the Ranks

Workers at the Menengai geothermal plant in Kenya.
T

hanks to updated statistics, Kenya's gross domestic product (GDP) was raised to $53.3 billion, 25 percent larger than previously calculated. The revised figures took into account more accurate data from the of agriculture, manufacturing, telecommunications and real estate sectors. With the new numbers, including a gross national income of $1,160 per capita, Kenya becomes the ninth largest economy in Africa and is classified as a middle-income nation. With the boost in GDP, it's believed Kenya will have easier access to commercial loans, something the country needs. Four out of 10 Kenyans live below the poverty level.

A Land Flowing With Milk, Honey
and Intel Chips

The Intel chip manufacturing plant in Kiryat Gat, Israel, is undergoing a $6-billion upgrade.
I

ntel Corporation is making the largest single investment by a foreign company in Israel, a $6-billion upgrade to the company’s chip manufacturing facility in Kiryat Gat, in southern Israel. A special incentive package offering a $300-million grant over five years and a reduced 5-percent corporate income tax rate over 10 years was approved by Israel’s finance and economy ministries in October. Intel intends to add 1,000 workers, bringing the total workforce to 3,500. An additional 2,500 indirect jobs are expected to result from the upgrades and expansion.