How To Land
Projects in California

ntil recently, California's state-level economic development cupboard was looking a little bare - its 400 redevelopment agencies were dissolved in February 2012, property tax increment financing has been discontinued and Enterprise Zones are being phased out. That's why some cities and towns in the Golden State are rethinking the business-attraction tools they still have at their disposal, on the local level, and are applying innovative solutions to landing the projects that they want in their jurisdictions.

New forms of public-private partnerships allow for non-redevelopment municipal assistance to produce local jobs, increase economic opportunities in industrial, manufacturing and retail sectors and deliver other public benefits to help boost the local economy. In addition, California has started several new tax credit programs that have just completed their inaugural round of awardees.

California has started several new tax credit programs that have just completed their inaugural round of awardees.

Awardees are exempt from paying state income taxes in the amount awarded. An additional $150 million in tax credits will be allocated next fiscal year, and companies not selected in the first round are eligible to reapply once the next application period opens.

Projects are evaluated based on the factors required by statute, including total jobs created, total investment, average wage, economic impact, strategic importance and more. A total of 396 companies applied and requested more than $500 million in credits. 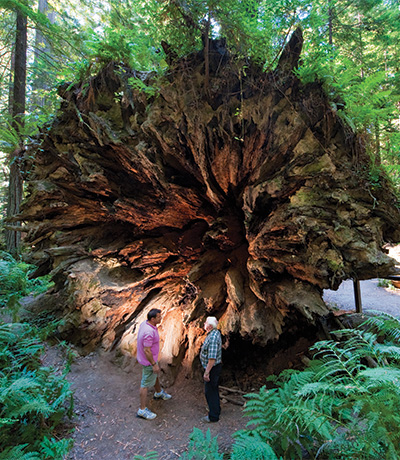 The California Competes Tax Credit is part of Gov. Jerry Brown's Economic Development Initiative (GEDI), which he signed legislation to enact last year. The GEDI also includes a hiring credit for areas of high unemployment and poverty that went into effect on January 1, and a sales and use tax exemption for the purchase of manufacturing, biotech and R&D equipment that was available to companies as of July 1.

The state's passage of SB 470 in 2013 was a step to display the intent of the Legislature to promote economic development on a local level so that communities can enact local strategies to increase jobs, create economic opportunity and generate tax revenue for all levels of government.

The San Diego area is home to some 1,500 employees of Illumina, which is the city's 12th largest sales/use taxpayer.
Photo courtesy of Illumina

Illumina, a developer and manufacturer of instruments used to sequence human genomes, was recently named "World's Smartest Company" by the MIT Technology Review, ahead of fellow California innovators Tesla Motors and Google, among others. Losing the company to another jurisdiction would be … well … not so smart.

In July, San Diego Mayor Kevin L. Faulconer joined Illumina Inc. CEO Jay Flatley to announce an agreement that will keep the medical device company and its approximately 300 "middle-class manufacturing" jobs in San Diego. Illumina, founded in San Diego in 1998, has over 1,500 employees within San Diego, is the city's most highly valued biotech company, and is the City's 12th largest sales/use taxpayer - approximately $1.3 million annually in the most recent year.

Earlier this year, San Diego realized it needed its own innovation ecosystem, and needed it fast - something like a 3-D printing lab for policy.

Just as Faulconer was taking office this spring, Illumina was considering a variety of options to expand its manufacturing operations, including locations outside the city and state. Almis Udrys, director of performance and analytics for Mayor Faulconer's office, says the team at San Diego Regional Economic Development Corp. gave the mayor's office the heads up.

"As soon as we got that call," says Udrys, "the mayor said, 'I have to get out there and meet these people.' We effectively dropped everything and went to talk to them."

For the next three months Udrys was the point man in drawing up an incentives agreement primarily focused on retaining manufacturing jobs in the city. Among the terms of the 10-year Economic Development Incentive Agreement, Illumina is eligible to apply increased sales and use tax revenue it generates over the course of the agreement toward a $1.5-million tax rebate from the City. The City will retain 30 percent of Illumina's sales tax revenues in addition to the current level of sales and use tax generated by Illumina. After the tax rebate cap has been reached or the term of the 10-year agreement ends, the City will return to receiving 100 percent of Illumina's tax revenue.

In exchange, Illumina will retain all of its existing manufacturing jobs and sales force within San Diego, at any site of its choice, during the 10-year term of the agreement. 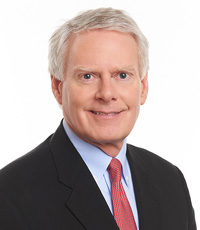 California's interest in developing incentives at the state level has heretofore been very low. But it does have its California Competes tax credit program, as well as a new exemption, effective July 1, from the state's 4.19-percent sales tax for all biotech R&D equipment purchases. Kish Rajan, director of the Governor's Office of Business and Economic Development (GO-Biz) says the new application window for a total of $150 million in available business tax credits has not yet been officially opened.

"Once we open up the new application window for this new fiscal year, of course they would be eligible to apply," he says of Illumina. He says while no specific program or commitment came from the state in this instance, he thinks the greater awareness of the range of state programs that do exist, combined with what the city put together, "helped change the equation."

While state incentives were certainly a part of the picture, Udrys says "it's been a difficult slog in San Diego and generally in California" when it comes to economic development, because of the regulatory and cost challenges many companies face. He calls the City's incentives package "a significant indication, particularly given that we haven't done something like this for quite a while.

"Before the mayor stepped in," says Udrys, "they weren't certain how much the city was interested in their presence. The government does a lot of stuff, so sometimes you forget about the people propping you up and keeping you going. These businesses are our lifeblood."   - Adam Bruns

Moreover, SB 470 provides local governments with new tools, at no cost to the state, that allow local governments to use their funds in a manner that promotes economic opportunity and to continue certain powers afforded to redevelopment agencies, with respect to properties owned by a city which were acquired to be sold or leased for economic opportunity purposes, as defined in the bill. 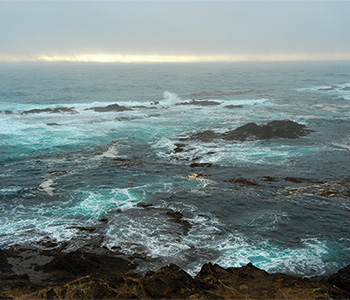 Traditionally, California cities have used state-authorized programs to assist development, such as the establishment of capital investment incentives to attract large manufacturing facilities. Cities are also authorized to create special bodies, such as industrial development authorities and community facilities districts, as a means of accessing different financing, including lease revenue, industrial development, private activity and special tax bonds and certificates of participation. 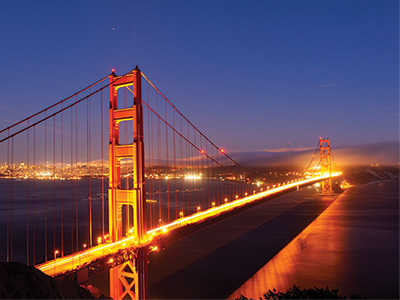 However, more and more cities are starting to look for other innovative ways to assist new development.

Charter cities (such as Los Angeles, Sacramento, Visalia and San Diego) also have authority as to "municipal affairs" in any area not preempted by the state.

Ritchie Bros. (NYSE and TSX: RBA), headquartered in Vancouver, BC, Canada, the world's largest seller of used heavy equipment, with more than 1,400 full-time employees worldwide, went in search of a new location in California's Great Central Valley. After a review of many potential communities in several counties, Ritchie Bros. decided to pursue a deal with the City of Tulare. What resulted was a forward looking economic development incentive agreement and development agreement outlining the company's use of a site in the City of Tulare and calculation of the sales tax sharing over a 20-year period.

In exchange for developing the new location in the City of Tulare and meeting certain taxable sales tiers, the City agreed to a completely "performance based" incentive package that includes disbursement of various percentages of sales tax actually received by the City to Ritchie Bros. Ritchie Bros. agreed to invest not less than $10 million for land, infrastructure and buildings, retain specified numbers of employees for the location and various other ongoing commitments to benefit the City, tourism and local businesses. In addition, the auction site would be available for City, civic and school functions for other events throughout the year when the site is not in active use.

The State and cities are again recognizing that their involvement can make a big difference in the feasibility and value of an economic development project.

The direct community benefits include more jobs, new sales tax, and new visitors to the multiple-day auctions several times per year. In addition, there is tremendous economic "spin off" to other business in the City of Tulare to businesses related to heavy equipment. All of this was documented in an Economic Benefit Analysis presented to the City.

One particular example highlights the flexibility and power of a public-private partnership at the local level without any redevelopment tax increment. Primestor Development Inc., a certified minority business enterprise, is nearing completion this month of Azalea, a 370,000 sq.-ft. (34,300-sq.-m.) regional mall on a 30-acre (12-hectare) former brownfield site in the City of South Gate, just south of Downtown Los Angeles. At the grand opening in August, the regional mall was 97-percent leased with a single and intentional vacancy awaiting the "right" tenant.

This new shopping center was assisted by the City's innovative incentive structure and the infrastructure financing and fee waiver agreement. The City not only transferred adjacent parcels and constructed offsite improvements, but also provided project financing and will participate in project construction cost savings and excess developer return.

Azalea and the Ritchie Bros. Auction site are important projects in post-redevelopment California. Many local jurisdictions are realizing that they in fact have significant authority and potential monetary and non-monetary resources to assist in the revitalization of downtown districts, create value in suburban neighborhoods and renew aging infrastructure. Though local governments are prohibited from making outright gifts of public funds, cities can provide financial assistance, including loans, grants, subsidies and tax incentives and revenue sharing, if the program supports an identifiable public purpose and benefits the community.

Along with new authority for local agencies in SB 470, the State in AB 562 has also placed a new requirement on cities to issue a report about any project receiving any type of "economic development subsidy" of $100,000 or more and its benefits to the public before approving the subsidy. Moreover, prevailing wage laws continue to challenge the structuring of incentives and subsidies.

The State and cities are again recognizing that their involvement can make a big difference in the feasibility and value of an economic development project. Success requires a collaborative relationship between the city and the developer and a willingness to utilize the state tools and available local authority.

Seth Merewitz is a partner in the Los Angeles office of Best Best & Krieger LLP and leads the firm's Public-Private Partnership/Joint Venture practice group. He can be reached at 213-787-2567 or seth.merewitz@bbklaw.com. 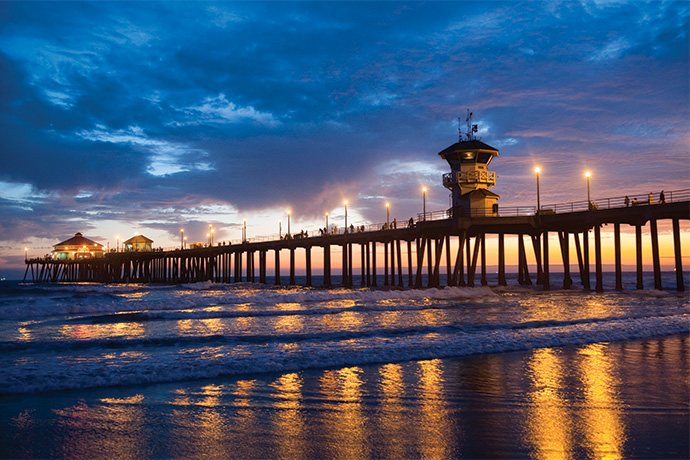