Prime Minister Modi’s new government has its work cut out for it to stem the flow of outward capital investment. But early indications point to the re-emergence of a key global economy.

by UDAI PANICKER
I

ndia's business climate has undergone an instant facelift in terms of investor, market and public confidence now that its new government, led by Prime Minister Narendra Modi, is in place. Governments and investors from developed and developing economies are racing to meet with Modi to better understand new market opportunities and the reforms he intends to bring in.

Adding thrust to this new wave of optimism is the fact that the landslide majority victory of Modi's Bharatiya Janata Party (BJP) has paved the way for an end to coalition politics — the raison d'etre for non-existent governance, utterly slow policy creation/reforms and the negative spiral in foreign direct investment over the past decade. This impediment to attracting investors will be lifted under the auspices of Modi and his cabinet of ministers. A feel-good factor has started to bubble again.

Before being sworn in as Prime Minister, Modi was known to have spearheaded the development and rise of his home state of Gujarat (where he was Chief Minister) by aggressively pursuing inward investment across key sectors and eliminating red tape. This focus on wooing international investment into his state revealed his inclination to upgrade industrial infrastructure and help local businesses learn from and compete with multinationals that are coming to tap the Indian market in terms of technological prowess.

His intention now to customize this model for India as a whole has been highlighted in the initial steps his team has taken by shaking up the bureaucratic malaise in the halls of power in Delhi, choosing a leaner cabinet of ministers and through the initiatives in the 2014 Union Budget.

Decades of being predominantly an agrarian economy coupled with several advancements in the services industry has seen India miss out on the second step of natural economic progression - developing a strong manufacturing and industrial base. Modi and his team have identified the importance of having a robust manufacturing platform as crucial to India's future identity as a true economic powerhouse. The manufacturing sector today only contributes 16 percent to India's GDP.

India's investment climate took a battering after 2008. The economic downturn coupled with over half a decade of politicking eroded investor confidence to a large extent. A major thorn in the confidence and plans of foreign investors has been laxity on pro-investment policies from the previous government and regressive tactics, such as retrospective taxation, uncertainty in the reforms of key sectors and the age-old issue in India of acquiring licenses.

Since 2011, over US$10 billion in investments have been withdrawn by international companies and institutional investors from India. POSCO and ArcelorMittal both pulled out their mega projects in the mining sector due to slow land acquisition and licensing approvals.

Other high-profile investors, such as Walmart, Berkshire Hathaway and Carrefour, started re-considering their plans. The case of Vodafone and Nokia, two of the largest multinational investors in India's telecom sector, being taxed retrospectively soured the mood for other companies looking to enter the Indian market. 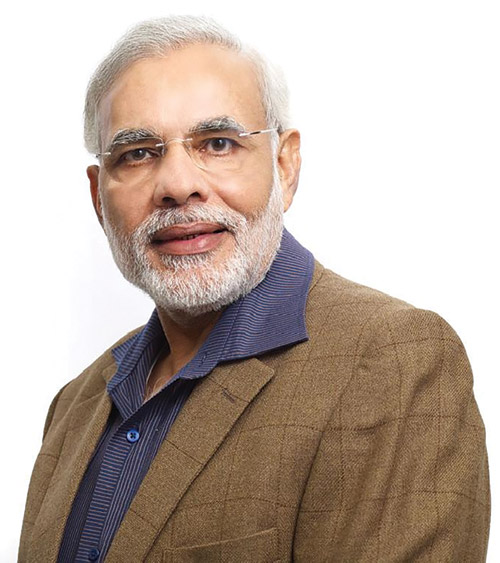 Stemming this outflow of investor funds and confidence seems to be on top of Modi's agenda, given his upcoming schedule of visits to nations such as Japan, the UK, China and the US, whose companies are some of the biggest investors in India. This July, American e-commerce giant Amazon.com pledged $2 billion for further investment into its India operations. By 2015, Honda and Suzuki (with its Indian JV Maruti), global auto majors, are to invest over $400 million in a greenfield facility and $660 million in capacity expansion projects respectively.

Since the beginning of 2014 and the anticipation of seeing Modi's government become the new political power in India, overseas institutional investors have already poured over $25 billion from January 2014 to July 2014 into the Indian financial markets, a clear indicator of confidence and optimism. These positive FDI developments will continue and increase as more reforms are put in place.

Understanding that one of the major gripes of investors is the excessive time it takes to secure application and license approvals, the new Minister of State for Commerce is already working to improve this by proposing a 90-day timeline to process these applications.

The latest Union Budget looks to introduce a host of pro-business initiatives:

Notice the emphasis in the budget on the basic pillars of infrastructure, power, and technology. These are paramount for laying strong manufacturing foundations for any economy, and India has been lacking drive in these areas, which ultimately are the main complaints of foreign investors.

Udai Panicker is a Senior Analyst with Tractus Asia and can be reached at udai.panicker@tractus-asia.com.

The new government's idea of pushing through pro-investment reforms will help provide a national-level benchmark for states to adhere to in providing an attractive business climate to foreign investors. But optimism surrounding the new government and its first steps should be tempered with caution. Implementation of these new reforms and their impact on the ground will not be instantaneous, but will be realized gradually over a short-term time frame of six months to two years as the government looks to fix what it has inherited.

India is at the cusp of becoming a truly lucrative market for global investors, but managing expectations is still advised.