Hoosier Energy turned 65 this year, but its role in economic development is anything but retiring. 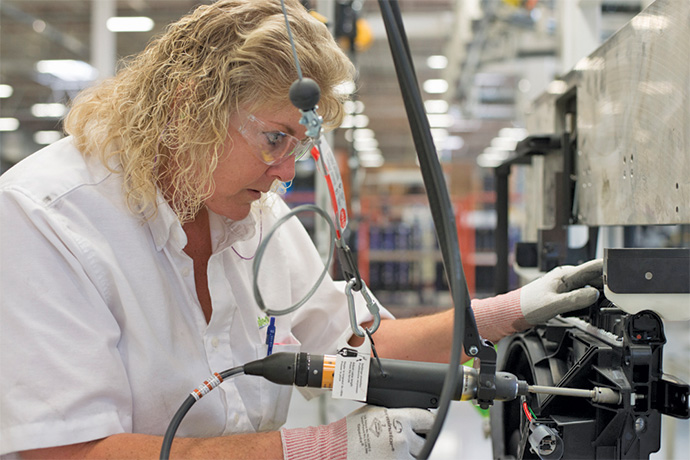 Exhaust gas recirculation coolers like this one (right) are among the products made by Valeo at its plant in Greensburg, Ind. (above), where the company is pursuing a $27.8-million equipment investment that will help the plant serve four new product lines and bring employment from 673 to 930 by the end of 2015. The company added 200 jobs via another expansion in 2013.
Image courtesy of Valeo
by ADAM BRUNS
W 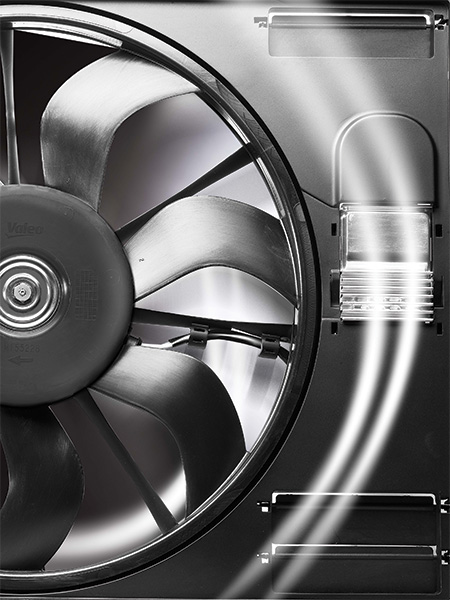 hen French multinational automotive supplier Valeo announced plans this summer to expand operations at its Greensburg, Ind., location with a $27.8 million investment in new machinery that is expected to create approximately 257 new jobs by the end of 2015, it actually caught Hoosier Energy's economic development team by pleasant surprise.

Oh, they knew expansion was coming, thanks to the work of Jim Whitman, a key accounts manager. It was the job total of 257 that caught folks a bit off guard - because it came directly on the heels of a 200-job expansion in 2013.

"It was more than we expected," says Jeff Quyle, an economic development coordinator for Hoosier Energy who has more than 20 years invested in strategic and government affairs work on behalf of rural electric cooperatives in Indiana. "It's great for them and for the community."

Valeo's Greensburg operation has been part of the local community since 1989 and has grown to more than 400,000 sq. ft., currently employing approximately 673 people. It manufactures engine cooling loop exchangers and modules; charge air, exhaust gas, and oil coolers; and front-end modules for such customers as Honda (located in Greensburg), Nissan, Chrysler and Ford. Its growth will be aided by four machinery tax abatements related to four new product lines for those customers, granted by the Greensburg City Council on a sliding scale for six years each.

More than two dozen representatives of Hoosier Energy member cooperatives were among a chorus of voices on Capitol Hill in Washington, D.C., in May 2014 seeking national policies that will keep electricity reliable and affordable for consumers. More than 2,500 participants rallied at the 2014 National Rural Electric Cooperative Association (NRECA) legislative Conference on behalf of co-op priorities that stretch beyond the partisan political divide.

Electric co-ops submitted more than 500,000 comments to the Environmental Protection Agency in opposition to the proposed New Source Performance Standards regulating new power plants. Indiana ranked third in comments submitted with nearly 32,000, including almost 20,000 from Hoosier Energy and its members.

Decatur County REMC, the retail provider of power to Valeo, is one of the 18 rural electric distribution cooperatives (17 in Indiana) in Hoosier Energy's Power Network, which serves 49 southern and central Indiana counties and 11 counties in Illinois overall. Last year Hoosier Energy seminars were held for business and industrial consumers, while local economic development organizations received education scholarships and other support from the company. Key accounts representatives like Whitman worked with member systems on rate, power factor and energy efficiency improvements for more than 250 commercial and industrial customers.

Key growth sectors included agriculture, automotive and defense-related industries. Jeff Quyle says the projects so far this year include more manufacturing, and foreign direct investment is part of the mix, including a $70-million expansion from Toa, a Japanese supplier to Subaru and Toyota whose only US plant is in Mooresville, Ind.

He also notes a number of logistics projects, including convenience store chain Casey's new distribution center in Terre Haute; salon and cosmetics retailer Ulta's 500-job distribution center in Greenwood, and yet another investment in Columbus from Cummins, which will employ more than 100 at a new warehouse.

"The southern part of Indiana just has a good logistical ability to serve plants in the Midwest and the South," he says.

Helping the Hoosier Energy team members and customers do their jobs are two new and unique tools added to HoosierSites.com: a cost-of-living calculator, updated quarterly, and a labor force estimator updated every week. Clients can search by county and job classification.

The toolbox, like the customers it serves, just keeps expanding.

"We are rolling out a new economic development rider - a five-year reduction in electric rates for new projects," says Quyle, starting with a 20-percent reduction the first year and working by fives to 5 percent in year five. "We had nothing like this before."

Ultimately, the evolution of Hoosier Energy's economic development portfolio simply falls in line with cost management and continuous improvement actions that the entire 500-employee company has been pursuing, as it builds a "culture of execution" that already has shown big improvements in outage duration and power delivery services. Those capabilities will only be further enhanced by such projects as:

Quyle, speaking of the always improving website, could just as easily be talking about his company as a whole:

"We try to make sure we have the full suite of tools that give folks the tangibles they need," he says.