For San Bernardino County, the conditions for industrial growth have never been stronger. 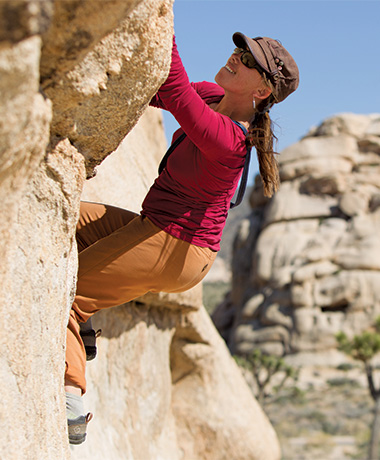 For those who are still wondering where to plant their corporate flag in Southern California, at least one leading economist calls San Bernardino County the location of choice for the next two decades.

"This is a top 15 economy in the US," says Chris Thornberg, founding partner of Beacon Economics. "It is a big economy. Almost 4 million people live in the two-county region known as the Inland Empire. They bump up against Orange County and LA - the second largest economy in the nation next to New York. There is huge potential in the Inland Empire and it is diversified."

Thornberg says several factors drive industrial and retail growth to San Bernardino and Riverside counties: a shortage of affordable housing in other parts of Southern California; available, affordable land and buildings in Ontario and surrounding markets; the fact that UPS has made the LA/Ontario International Airport its freight hub of choice; and the region's proximity to Mexico and the Ports of Los Angeles and Long Beach.

An economic study prepared by IHS Global Insight in June showed that the economic growth in the Riverside/San Bernardino/Ontario area will be the highest in California - at an average of 4.2 percent - through 2020. Growth in the Inland Empire will exceed that of Phoenix and Houston, the study predicts.

In fact, only two markets in the country - Austin at 4.4 percent and Raleigh at 4.3 percent - are expected to grow at a faster rate than the Inland Empire, according to IHS.

"The Inland Empire has become home for most of the major growth in Southern California," notes Thornberg. "Industrial development - getting stuff to people - is a sector that is doing very well in San Bernardino County. Power infrastructure projects are doing well. Hospitals, specialty medical projects, and related health-care development are all thriving in this region and will for a long time."

Thornberg's analysis is backed by the recent actions of corporate investors. Yokohama Tire Corp. announced in July that it will move its Western Region Distribution Center from its 380,000-sq.-ft. warehouse in Fullerton to a new 658,000-sq.-ft. plant in Chino, 22 miles away in San Bernardino County.

"We prospered in Fullerton for three decades and appreciate all the support the community gave us," said Tom Masuguchi, Yokohama's chief strategy officer. "The new Western Region Distribution Center in Chino ushers in a new era for Yokohama, not only in terms of growth, but also strategy, and it's only the beginning. The new facility will be the cornerstone of the future of our US distribution network."

Jeremy Kahrs, senior director of supply chain, logistics and corporate planning for Yokohama, tells Site Selection that "we decided that the Inland Empire was the right location for this operation. San Bernardino County was really the optimal location. We bring in a large number of containers, so proximity to the port was very important."

Kahrs adds that "our new Chino facility is not that far from the 91 or the 60 - major east-west thoroughfares - and those two are connected by the 71. We are only about 10 miles by highway from the 15 and we are just 30 miles from the BNSF intermodal port."

The three decisive factors in the Chino site selection, says Kahrs, were "the costs balance of real estate versus transportation, proximity to port, and proximity to an intermodal facility." Kahrs says the company will start moving in September and open its new facility in October.

Also selecting San Bernardino County for a new facility is Globalinx Pet, a dog treat company that is renovating a large warehouse in Ontario into its first US plant.

The Newport Beach-based company has imported jerky treats for dogs from China for the American marketplace under the brand names of Kingdom Pet and Hillside Farms, but the new facility in Ontario will enable the firm to produce its own dog treats for the first time domestically.

" The new Western Region Distribution Center in Chino ushers in a new era for Yokohama."

"We initially considered some places outside of California, but we wanted to find something local," says Ben Wu, vice president of product development for Hillside Farms. "We looked at Temecula, but we found Ontario to be friendly. The people who live in Ontario are very friendly, and it has the size we were looking for: 110,000 square feet. We have the potential to own the building and the land."

Wu says his company especially likes the area's workforce. "We drove around a number of cities. We got a feel for the people and the activity in the area," he says. "We really liked the city of Ontario. People are eager to work here."

That is no accident, says Sandy Harmsen, director of the San Bernardino County Department of Workforce Development. "We match jobseekers with employers," she says. "On an annual basis, we are placing about 5,000 people in jobs. The jobseekers come into our employment centers - the America Job Centers of California. This is the perfect marriage of private sector and government."

Harmsen adds that "we work with local educational institutions to put together customized training to meet employers' needs. Any number of resources are available to the employer and the jobseeker."

Her department is well funded too. About $20 million comes from the US Department of Labor to help train workers in the county. "We get another $5 million to $6 million from other sources," she notes.

"This is the best place for you to be," she says. "We have the absolute best resources in the nation for worker training. Our track record speaks for itself."

This investment profile was prepared under the auspices of the San Bernardino County government. For more information, contact Kelly Reenders at 909-387-9801 or by email at kreenders@eda.sbcounty.gov. On the web, go to www.sbcountyadvantage.com.