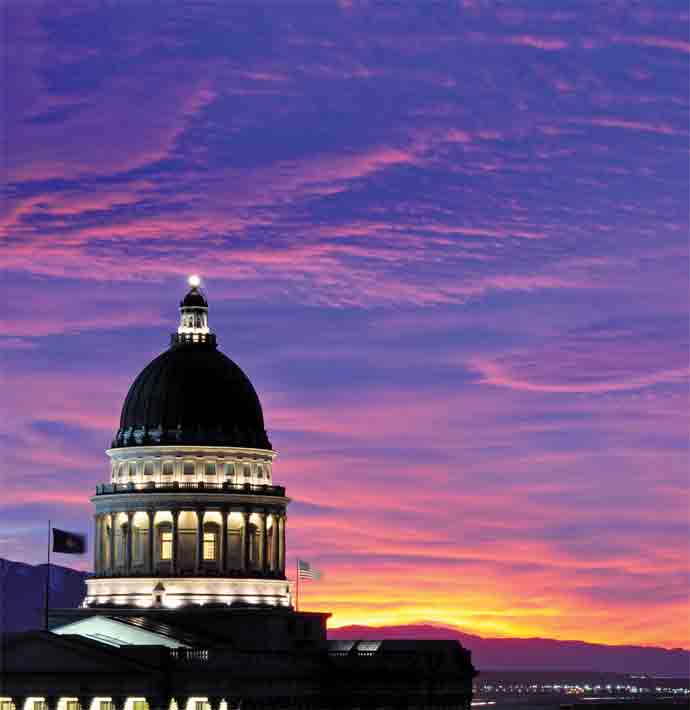 Utah ranks fourth in science, technology, engineering and math (STEM) job growth according to the US Chamber of Commerce.
Photo by Salt Lake City Convention and Visitors Bureau
by PATTY RASMUSSEN
U

To the surprise of people not in the tech-know world, the state is ranked first in tech employment growth in the western region. It's a workforce whose savvy is second to none says Lonnie Mayne, president of InMoment, a global cloud-based customer experience optimization company based in Salt Lake City. InMoment started with 14 people and is now home to nearly 300 hard-working, hard-thinking Utechies. Mayne calls Utah's workforce "the differentiator."

"Our future success is tied, inextricably, to the success of our labor force and to educational excellence. We're right on target."

"One of the beauties of being in this state is that you have an innovative culture, an enviable work ethic and a culture of friendliness and customer service like I've never seen," he says. "When we started the company, our technology was really good, but where it was still developing we bridged the gap with our people. We won very big deals like McDonald's early on by having good tech and great people."

Corporate executives and site selectors rate a skilled workforce as the most important criterion in most surveys when planning a high tech expansion project. This is an area where Utah excels, the secret that has so many Silicon Valley firms lined up at the Utah counter. 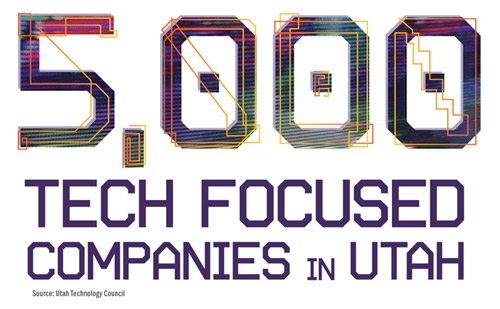 The state has literacy and graduation rates well above the national average, rates that translate into a highly educated workforce pouring out of outstanding tech programs at flagship universities like the University of Utah, Utah State University and Brigham Young University. Savvy firms in incubators and accelerators statewide are ordering extra helpings of this talent to create everything from video games to medical devices.

"You have that whole network of younger, diverse, hungry workers that come in and respectfully challenge the way you do things," says Mayne. "That's good, and it permeates the culture within our four walls."

It's not uncommon for Mayne to invite a new employee, fresh from a university, to a leadership meeting to listen in. And to invite the new kid's feedback, the new kid's new ideas. Seriously. "In nearly every case there's some fresh perspective offered," he says. "That one element, more than anything in our company, has kept us ahead of the game. Every hire makes us better."

The median age in Utah is 29.9, which plays well for the innovative tech sector where generational tech comfort helps businesses stay ahead of the curve.

Growing from a STEM cell

Recognizing the need to keep the talent pipeline gushing, Gov. Gary R. Herbert made science, technology, engineering and mathematics (STEM) education a top priority for his administration. In 2013, the state legislature approved $10 million to create the Utah STEM Action Center to coordinate STEM education and activities statewide. This year, the legislature further primed the workforce development pump with an additional $20 million for the STEM Action Center. 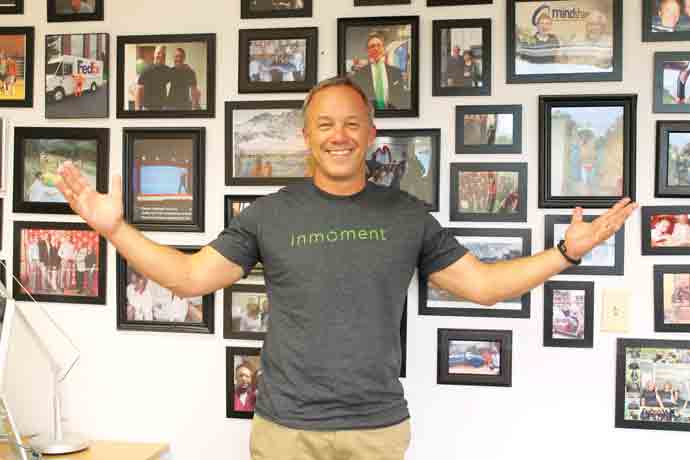 "You have that whole network of younger, diverse, hungry workers that come in and respectfully challenge the way you do things. That's good, and it permeates the culture within our four walls."

And it's working. On August 1, the governor was on hand at the opening of Pluralsight's new headquarters in Farmington to announce an exciting public-private STEM initiative with far-reaching consequences. 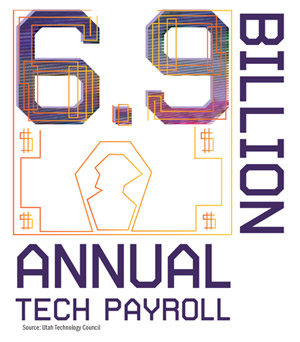 A global leader in online training for technology and creative professionals, Pluralsight is offering its extensive library of IT, software development, open source and creative skills courses to Utah's K-12 educators for free for the next 12 months. The donation, valued at $5 million, will allow teachers to become conversant in the knowledge and training that industry wants and their students need for jobs in the tech field. (And there will be plenty of them. An estimated 1 million computing jobs will be vacant by 2020, nationally.)

"We're hoping this gift becomes a long-term partnership that evolves as we see how teachers use it," says Aaron Skonnard, Pluralsight CEO. "We think there's something powerful there and that learning about technology and how to control it is a form of literacy for the future."

Gov. Herbert lauds Pluralsight's initiative for the impact it will have on all students. All of them -not just those going for a four-year degree. 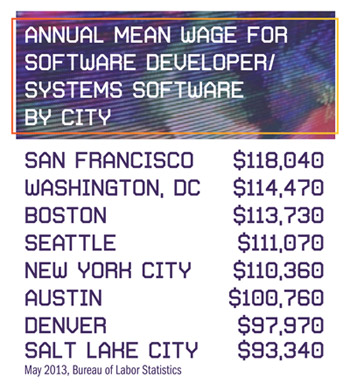 "The culturally accepted idea in America that if you don't get a university degree, that it's somehow lesser, is changing," the governor says. "There are significant jobs going wanting in the applied technology trades. We have great jobs in the computer industry that require a two-year certificate or an associate degree. So we want to encourage students to do all the above: trades, associates and full degrees."

Skonnard admits that the Pluralsight gift is enlightened self-interest, a stealthy way of funding his company's own workforce development. "Hopefully the students impacted by teachers taking these courses will work for our company in the next 10 to 20 years," he says.

Light a match, then boom

Nelson, president and CEO of the Utah Technology Council, happily adds a few more words. "It's not just about startups anymore," he says. "It's about growing the 5,000 clean tech and IT companies that are already here. When you have a state tech sector that's growing at 6.3 percent year over year in numbers of companies, some really great things are happening in the individual companies. 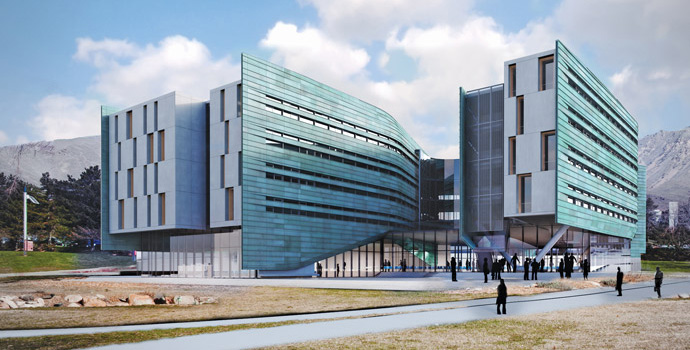 Space to Grow … Whatever You Dream

The Lassonde Entrepreneur Institute at the University of Utah in Salt Lake City is a leader in encouraging and making opportunities for student innovation and entrepreneurship. Thanks to a generous donation from the institute's benefactor, Pierre Lassonde, they will break ground on an exciting first-of-its-kind $45 million residence and creative space where students can "Live, Create, Launch." The Lassonde Studios, a 412-bed residence that will include 20,000 square feet of student workshop/maker/studio space on the building's lower level.

"It will be open to all campus," says Institute director Kathy Hajeb. "We'll be like the library or union for the student-maker or creator." The co-working space, dubbed the "Garage," will feature fabrication space, a full metal shop, tool checkout, power and compressed air that drop from the ceiling and plenty of tables for working. The building will have its own café, open 24/7, for whenever the entrepreneurial mood strikes.

The Lassonde Studios will be situated in the center of campus. "I'm excited for the 400 who will live there but, I'm really excited about the open space where all these disciplines will come together to collaborate," says Hajeb. "We're looking at getting industry experts in here. What does industry need? We can bring in venture capitalists to get in early on. It's our way of keeping the ecosystem going."

Above: A rendering of the Lassonde Studios, a cutting-edge residential/workspace for student entrepreneurs and innovators on the University of Utah campus.
Photo courtesy of Lassonde Entrepreneur Institute

"When we finally got critical mass over the last 10 years, it was like striking a match," Nelson enthuses. "It's not surprising anymore to see companies go from 100 to 450 to 900 employees just two to four years later.

It would be easy for Utah to nurture its workforce in modest secrecy, to hoard all that talent for entrepreneurs already invested in the state. After all, some of the biggest high tech companies in the world were founded, or found a home, in the Beehive State. But Utah's governor is more magnanimous. He wants to share the intellectual wealth. He wants his state's economy to lead the nation and is ready to share the secret to their success.

"Our future success is tied, inextricably, to the success of our labor force and to educational excellence," he says. "We're right on target."

This Investment Profile was prepared under the auspices of the Utah Governor's Office of Economic Development.
For more information please contact Michael O'Malley at momalley@utah.gov or 801-538-8680. On the Web, go to http://business.utah.gov.