Working From Our Strengths

Boston’s already a global business gateway. Other cities are carving their own paths to prosperity. 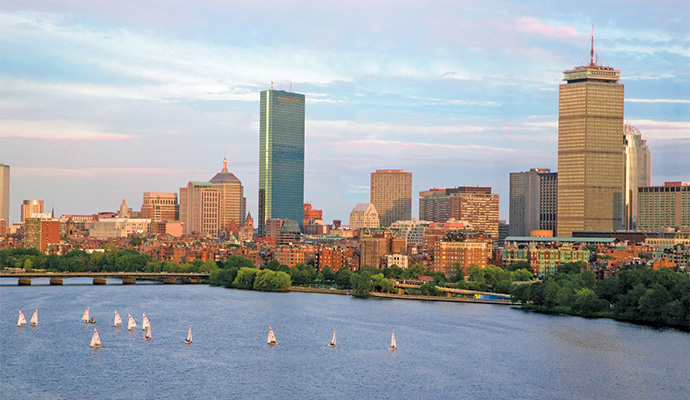 assachusetts' economy and the commercial real estate market in Boston, Cambridge and surrounding suburbs are experiencing a significant rebound fueled by growth in the technology and life science sectors, increasing confidence in the manufacturing sector, and available state and local tax incentives.

While the Bay State's other metro areas aren't on fire, they're starting to show respectable gains, according to mid-year reports released by Cushman & Wakefield, JLL (formerly Jones Lang LaSalle) and Moody's Analytics.

"The Massachusetts recovery remains strong," says Scott Hoyt, an economist for Moody's Analytics. "Job gains have been modestly below average for much of the recovery, but that doesn't mean the labor markets aren't strong. The unemployment rate is below average despite significantly above-average labor force participation," he adds. "The strength of the labor market is supporting income growth."

Douglas Kehlhem, senior director of the Massachusetts Alliance for Economic Development (MassEcon), says the organization's staff has seen a significant increase in attraction activity during the first half of 2014. In a mid-year report to the non-profit's membership, MassEcon said it assisted 37 companies that will add about 4,000 jobs.

"One of the new trends we're seeing is an increase in foreign direct investment from European biotech and medical device firms," he says. "They're establishing sales offices and research labs, primarily in Cambridge."

" The software industry will be the most important growth driver in the economy over the next 10 years."

- Scott Hoyt, economist for Moody's Analytics, on the outlook for Greater Boston

Scotland-based BioOutsource, which opened its first US office in Cambridge in 2013, announced at this summer's annual BIO conference in San Diego its decision to establish a laboratory facility in Cambridge in 2015. BioOutsource provides contract testing of biologics, vaccines and biosimilars to the biopharmaceutical industry.

"Our pipeline of foreign businesses here is growing and it is due in part to the weakness of the US dollar," says Christa Bleyleben, executive director of the Massachusetts Office of International Trade. "If you are a company using the British pound or euro, your currency is worth more here in the US. From an international business perspective, this is a good time for them to locate here."

The next up-and-coming job-generating sector for Massachusetts will be the software industry, predicts Moody's Hoyt. "Given the wealth of software engineering talent in Cambridge and the neighboring Boston metro division, as well as the numerous colleges and universities, the area is a natural fit for tech services firms that are focused on software publishing and computer systems design," he says. "The area is already home to leading software publishers such as MathWorks and Wolfram Research. The software industry will be the most important growth driver in the economy over the next 10 years."

Adding to existing incentives - including a $1-billion public initiative launched six years ago for the life sciences sector - the state legislature approved a $76-million economic development package in July. 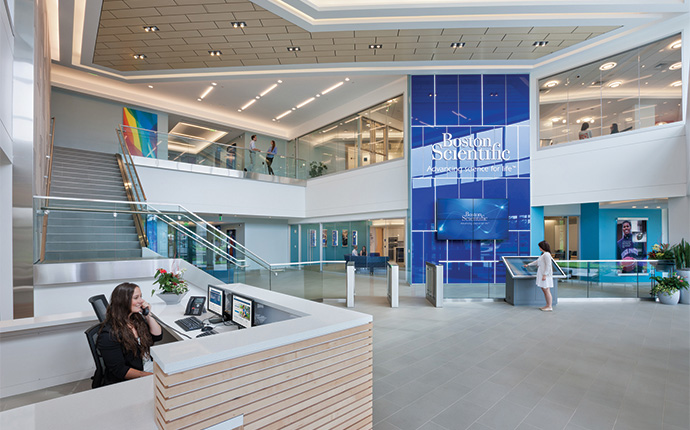 Gateway Cities are 26 underperforming cities that are considered anchors for their regional economies. The state funds projects meant to help transform these cities, whose number includes the former GE town of Pittsfield, Springfield, Haverhill, Lowell and New Bedford.

Worcester, a Gateway City that anchors Central Massachusetts and is the second largest city in New England, has been making steady progress thanks to its focus on the transfer of technology to commercial applications. Top research facilities include the Center for Technology Commercialization, sponsored by NASA; the Technology Commercialization Center, established by the Massachusetts Biomedical Initiatives, and the New England Regional Biotechnology Transfer Center at the Tufts University School of Veterinary Medicine, says Kehlhem. In addition, partnerships with regional educational institutions, such as the University of Massachusetts Medical School and the Worcester Foundation for Biomedical Research, have bolstered the region's world-class health services and biotechnology sector.

The US plastics industry got its start in Leominster, a Worcester suburb, in the 1930s. The Gateway City continues to be the plastics center for the northeastern US, with over 100 manufacturing firms and support businesses. Health and allied services make up more than one-third of the employment in its service industries.

Westminster, another community in Worcester County, is the prospective location for a clean technology company currently negotiating for a site to house its 685,000-sq.-ft. (63,637-sq.-m.) headquarters, a training center and a pilot facility. While no one involved in the project would identify the firm, they said it's active in the biofuels sector and would create 150 to 200 jobs.

Located at 100 Simplex Drive in the Route 2 Commerce Center, the candidate complex and its 90 acres (36 hectares) are listed as "off market," according to LoopNet. The building was developed for Digital Equipment Corporation in phases between 1975 and 1980. In 1992, the property was purchased by SimplexGrinnell, a Division of Tyco, and was fully renovated and upgraded for the manufacturing of their security and fire protection products. The space is close to Worcester's regional airport and CSX's intermodal rail facility.