Infrastructure You Can Depend On

Business and organization survival rely on these critical facilities. 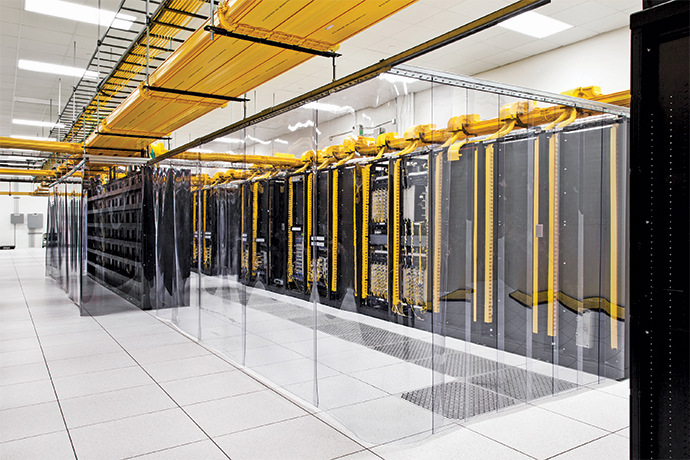 Google opened its first data center in Council Bluffs, Iowa, in 2009, and announced plans for a second facility in 2012.
Photo courtesy of Google
by JASON SHEPARD
M

ission-critical systems are those that are essential to the survival of a business or organization.

The sites upon which mission-critical facilities are built should have robust infrastructure to support the long-term needs of the facility and systems that operate within them. This includes power, water, sewer, and telecommunications infrastructure.

A company's operations, IT and engineering departments are often the primary internal business customers that the corporate real estate department is providing solutions to for mission-critical facility assignments. For any new project, the most important first step is to align the internal stakeholders and coordinate an analysis of current state and needs.

The risk-averse nature of these stakeholders leads to an engineering-like approach to site selection. A site either has the required infrastructure or it does not. Locations with greater levels of reliability, redundancy and less risk offer higher strategic value to the company.

Like a treasure map, where each of the required infrastructure component lines cross, "X" marks the spot. Short-listed candidate sites are then measured against each other by risk. Incentives are not the driver but can differentiate amongst these sites.

Electric power is to mission-critical facilities as oxygen is to humans. In order to ensure the survival of a company's mission-critical systems, a supply of affordable, reliable and sustainable power must always be available to the facility.

Personnel within a company who have an operational interest in the site selection project - such as the stakeholders - should have a high-level understanding of the basics of power considerations. With the pressure on corporate real estate departments to manage costs, it is not uncommon to have the cost of power be listed as a primary driver in site selection for infrastructure-centric properties.

Be careful, however, of making a decision to build new within an area based on lower power rates today without investigating the potential for power cost increases.

The US EIA's Annual Energy Outlook 2014 (released April 2014) reports that 29 states and the District of Columbia have enforceable RPS [Renewable Portfolio Standards] or similar laws. These renewable power and GHG reduction initiatives will inevitably have a financial impact on those utility providers who have historically relied so heavily on fossil fuels for low-cost and stable supply of electric power generation.

The transmission of electricity from power plants to substations over large areas is often at risk. According to the US EIA, from 2004 through 2013, there were more than 1,000 "Major Disasters or Unusual Occurrences" to power service in the North American Electric Reliability Council (NERC) Regions. More than 70 percent of the total instances were weather or flooding related.

While there may not be much advantage to being located along the higher voltage transmission lines (500 kV and above), positioning sites along the more regional 115-kV to 230-kV transmission lines may allow heavy power users to tap into those lines by building their own substations.

The clear majority of companies rely on their local utility provider to bring power distribution via circuits from utility substations to the utility-owned transformers outside of their buildings. This is what is often referred to as secondary rates.

The owner of a building is responsible for installing the main power panels within the building. This can lead to unintentional misrepresentations by building owners and their commercial real estate brokers when the circuit and/or transformer serving the building doesn't have enough capacity to service the amps advertised.

Within larger established metropolitan areas where local distribution was built out decades ago at lower kV capacities, obtaining the transformer power capacity needed at any given site may be a challenge.

Companies should obtain site load verification letters from their local utility provider for any short-listed site under consideration. These letters are typically only valid for a short period of time, so it is best to use proper due diligence.

EDCs are characterized as corporate users with a diversified mix of IT hardware. Each of these systems is essential to their company's operations (i.e., mission-critical applications).

Most companies have a data center located at or near their corporate headquarters where their IT leadership is located. Due to the low total number of data centers in their portfolio, most EDC users prefer lower-risk locations with higher levels of redundancy to prevent against downtime.

IDCs, mostly associated with Internet search engines, are often characterized as server farms due to the uniformity of IT hardware and large power capacity needs.

While many IDCs have select data centers or areas within data centers that are designed to accommodate the higher-level redundancies for their own mission-critical needs, the multitude of data centers in their portfolios provide them redundancy. The individual sites are therefore often designed and built to lower redundancies.

These are often multi-occupant data center facilities that are operated on behalf of EDCs, IDCs and other 3POs.

This category includes the two types of colocation (wholesale and retail), managed services providers (MSPs) and other third-party services.

In addition to the power considerations noted above, arguably the greatest limiting factor in site selection for an EDC is the maximum allowable round-trip bandwidth latency between the company's primary and secondary data centers. For example, if the maximum allowable latency (rt) between a San Francisco-based company's primary and secondary data centers is 30 milliseconds, the company may not be able to consider locations east of Denver, Colo.

Focus on companies within your logical search windows and help them with their process. Power is paramount to mission critical facilities, so remember the basics.