Downtown Ain’t What It Used to Be

rlando is on a roll. Unlike Disney's facsimile downtowns, the parade of companies is very real. But like the people moving down those Disney thoroughfares, the dancing in the streets is very real too, thanks to major job creation.

Michael Kruklinski, head of Region Americas for Siemens Real Estate, likes what he sees in Orlando, where the company recently moved its regional headquarters for all of the Americas and where he lives with his family when he's not trotting around the Western Hemisphere.

"We looked at three or four other cities," he says, "but felt we could find great internal and external resources, Spanish speakers, and good corporate connectivity to Central and South America" in Orlando, he says.

Among other recent projects are a national finance and accounting center from Verizon that will create 1,100 jobs over the next three years and JetBlue Airways' bilingual service center that will employ up to 500 to serve Latin America. This summer, the area welcomed the latest US Delivery Center from Deloitte Consulting LLP, which will invest $24.6 million and create up to 1,000 jobs at a former Verizon complex in Lake Mary, while shutting down locations in Tulsa, Okla., and Hattiesburg, Miss.

Deloitte already employs 877 at five locations in Florida, where it recruits from 16 of the state's colleges and universities. Seminole County, the City of Lake Mary, the University of Central Florida, CareerSource Central Florida, Florida High Tech Corridor and the Orlando Economic Development Commission (EDC) partnered on the project.

Darin Buelow, principal, strategy & operations, real estate & location strategy, for Deloitte, this time got to help out his own employer.

"As with any center of excellence, it was highly talent driven," he says. "We had to make sure we had a sustainable pool of talent that would be scalable."

Buelow says that as the search for talent becomes more intense, downtown-style developments "will have a leg up on the more traditional office of the '80s and '90s. Young people want to live in more dense development, and in cities. Any search will eventually ask questions about amenities and quality of life, and they can easily be tiebreakers - the search doesn't start there, but it can end there. Things like that really become important in terms of which piece of real estate might win."

So it comes as no small wonder that, the same week as the Deloitte project was announced, the National Business Incubation Association (NBIA) announced it will relocate its headquarters and the formation of the Global Training Center for Business Incubation & Innovation to Orlando's Central Florida Research Park from its birthplace in Athens, Ohio, to serve more than 2,200 members worldwide. 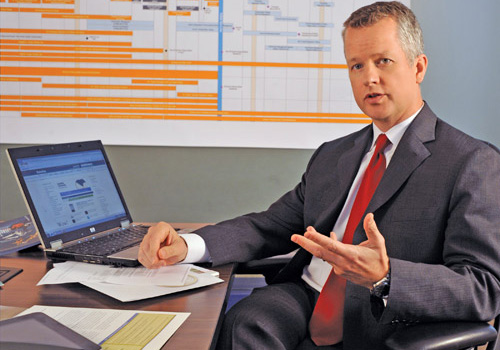 " We had to make sure we had a sustainable pool of talent that would be scalable. "

Initially, NBIA considered more than 30 cities for its new headquarters, narrowing its final list to Orlando, Atlanta, Denver and Phoenix.

"We formed a board task force to look at the relocation question, and where we should ultimately land the headquarters, and developed a list of 38 candidate cities by looking at some of the major metro areas that were centers of entrepreneurial leadership," says Karl R. LaPan, president and CEO of Northeast Indiana Innovation Center, Inc., and NBIA's board chairman and interim president and CEO. The cities were then put through four filters developed by the task force - "if you flunked any filter, you were out completely," says LaPan. The first was accessibility.

"The city had to be in top 30 as measured by the passenger count at an airport within 30 miles," says LaPan. That reduced the list to 30. Next came a cost-of-living index score of less than 120, which reduced the list to 22 cities. The third filter was the more subjective category of entrepreneurial image. That eliminated just four, bringing the total to 18.

The final filter was the city's ability to host events, which the board measured by requiring the location to be a top-30 meeting destination as ranked by Cvent.com. That brought the list down to 11: Atlanta, Austin, Baltimore, Chicago, Dallas, Denver, Ft. Worth, Houston, Miami, Orlando, and Phoenix.

The time had arrived for another set of six weighted filters deemed important for a headquarters location:

The committee was looking for "some positive vibe, something that makes it a cool place to be," says LaPan of that final filter.

For the travel analysis, clusters of airports that corresponded with the NBIA's membership (27 percent of whom are outside the US) were analyzed for round-trip airfare costs to and from candidate cities. Operating costs dug into comparative labor costs based on BLS job categories, mean wages and rents, among other factors. The talent analysis looked at such factors as diversity, the Bloomberg Health Index, percent of college graduates and recent GDP trends.

It was no surprise Orlando scored as the No. 1 meeting destination. For accessibility it ranked No. 13, and its COL index score was a respectable 97.8. And, because of the huge tourism infrastructure, Orlando International Airport scored very high in terms of travel accessibility and convenience. LaPan says he was surprised at how well Chicago and Miami scored. And it was a surprise how quickly some cities on the West Coast and in the Northeast failed three or more filters. 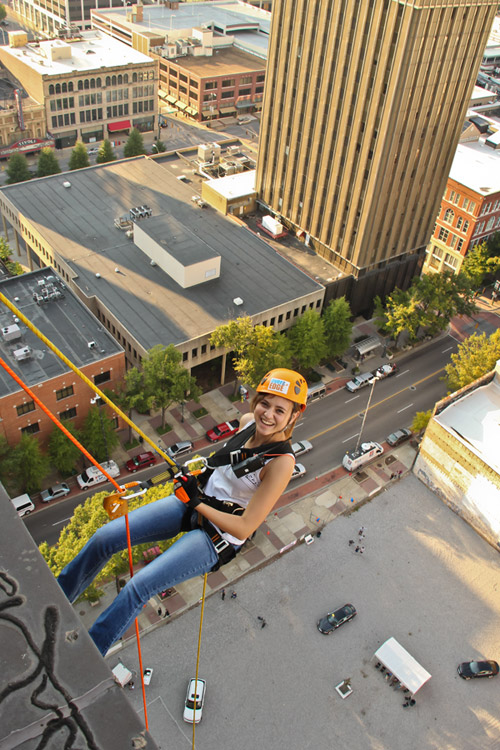 In addition to welcoming the Over the Edge rappelling event as part of the city's RiverRocks festival, downtown Chattanooga, Tenn., soon will see part of a new R&D center investment from VW, as well as a new welcome center in a proposed innovation district. The project was announced this summer in conjunction with a $600-million, 2,000-job expansion at the automaker's thriving manufacturing complex in the area.
Photo courtesy of Chattanooga CVB

"We thought they were better than they actually were on the criteria," he says. Meanwhile, the "other," non-theme-park side of Orlando continues to build momentum. "It's just an all-around great city," he says.

LaPan thinks infill redevelopment is a great thing, but he cautions against "overdosing" on downtown buzz.

"I think sometimes we emphasize the sexiness of downtown revitalization," he says, "but I don't think we should think all entrepreneurship strategy needs to occur there. We need to be thinking of corridors of innovation. We need to make sure research parks and other parts of our community are equally strengthened - what works for a 20-something may not work for a Ph.D. scientist."

New income/expense analysis of 1,717 private-sector office complexes in major metropolitan areas and regions in the United States and Canada from IREM found that downtown office properties experienced a 3.8-percent year-to-year collections increase to $21.47 per sq. ft. Total actual collections for downtown properties were 14.7 percent greater last year than their suburban counterparts, after being 11.1 percent higher the prior year.

Birmingham, Ala., ranked low in Cox's analysis, but recently named No. 2 in the nation for growth in home purchases by millennials, is doing its part to provide them cool places to work and play too. The city's Double-A baseball team came back from the suburbs, and Iron City, a downtown entertainment district, just filled out its entire space with its latest tenant. Buzzing sites include the Innovation Depot, a business incubation facility and program located at a former Sears department store, operating in partnership with the University of Alabama at Birmingham. 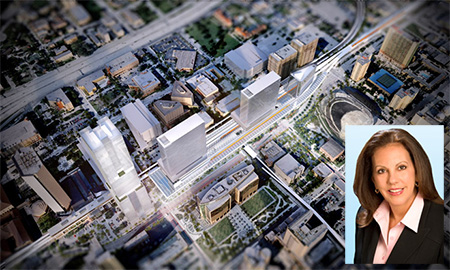 As Cox's rankings note, South Florida is looking great too.

"Fort Lauderdale is in the midst of a renaissance, with population and job growth driving residents and offices back to the downtown for the live-work-play environment," said Ken Krasnow, CBRE South Florida Managing Director, when the company in early August was named the city's new real estate services and transaction provider.

An office market report commissioned by the Miami Downtown Development Authority (DDA) and released in May 2014 by Lambert Advisory said, "During the past five years (Q1 2009 to Q4 2013), Miami DDA Office Area represented 37 percent of total office development in Miami-Dade County, nearly twice the share of its historical share of 19 percent." Moreover, "Office employment in Miami-Dade County is projected to continue growing steadily during the next five years, adding an estimated 23,500 office jobs from 2014 to 2020." Helping fill that space are projects such as the Microsoft Innovation Center, the company's first in the US.

Donna Abood, chairman of Colliers International South Florida, is the incoming chair of the Beacon Council, Miami's economic development organization. She likes what she sees.

"Latin America already knows that Miami is about serious business," she says of a city that's host to 160 consulates and trade offices. "The rest of the world is getting it now. When I moved here in 1981, with an office in downtown Miami, if you were not in your car by 5:30, you could be at major physical risk. Now it's a bustling area at nighttime." Some 50 new residential towers are under development. Now that the office sector has blossomed, she says, "Miami has moved into a true live-work-play environment," and corporations are coming downtown, including SAB Miller, which is about to undergo a second expansion at a regional headquarters it moved from Bogota, Colombia, not long ago.

The final phase will come from filling in rail transit gaps. The biggest project in the region builds on a 100-year-old legacy: Florida East Coast Industries, the company descended from rail magnate Henry Flagler, is the engine behind All Aboard Florida, a high-speed passenger rail project that will connect Miami to Orlando with stations in Fort Lauderdale and West Palm Beach. All Aboard Florida is expected to create $6.4 billion in direct economic impact to Florida's economy over the next eight years. 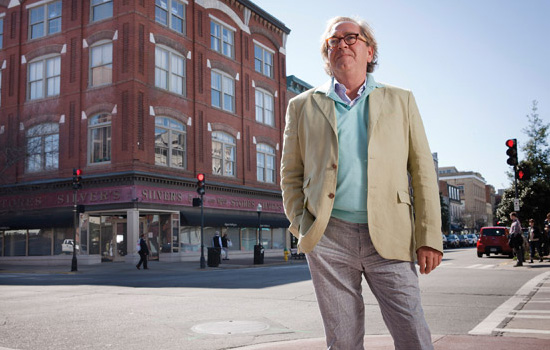 Savannah, Ga., continues to rejuvenate its downtown. In June, Ben Carter Enterprises announced it had acquired 27 properties on the city's retail corridor on Broughton Street in Savannah's Historic District. Though a lawsuit is slowing demolition of one of the buildings, a major $75-million renovation investment is under way. "The area has deep history and inherent charm already, and we look forward to bringing the street back to its former glory and vitality," said Ben Carter (pictured).