The Shape of Success

This year’s Top Utilities in Economic Development exhibit resourcefulness and resilience on behalf of those they serve. 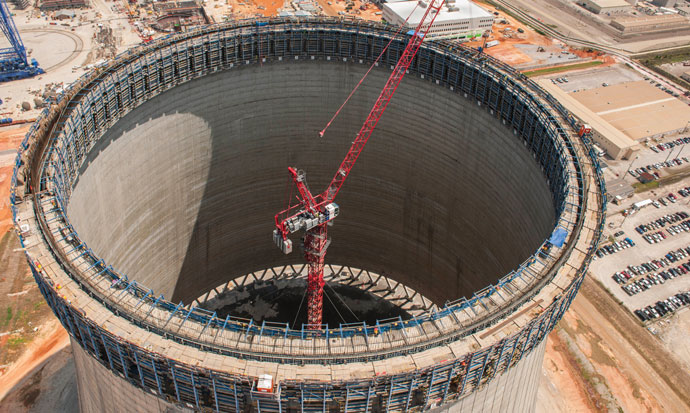 This summer marked the 25th anniversary of the start of operations of Unit 2 at Georgia Power’s Plant Vogtle nuclear power plant near Waynesboro, Ga. The construction of Vogtle units 3 and 4 is the largest job-producing project in the state, employing approximately 5,000 people during peak construction and creating 800 permanent jobs when the plant begins operating.
Photo courtesy of Southern Co.
by ADAM BRUNS
U

tility economic development was born a century or so ago so more customers would use more electrons. Gradually it came to expand its mission to include plugging into business networks and clusters. Its future may have more to do with the ability to unplug - or at least to squeeze every electron for all it's worth.

Each year Site Selection salutes the top utility economic development teams in the US. Chief among the criteria is analysis of corporate end-user project activity in 2013 in those utilities' territories, based on data from Site Selection's New Plant Database and from utility and community reports. Other criteria include website tools and data; innovative programs and incentives for business, including energy efficiency and renewable energy programs; and the utility's own job-creating infrastructure and facility investment trends.

The team has partnered with others in a recruitment effort for the tool-and-die sector, part of a larger effort to fill supply chain gaps for automotive companies in the Southeast. Similar efforts are under way for the chemical sector, and for aerospace suppliers, as Airbus prepares to begin production in Mobile in 2015. 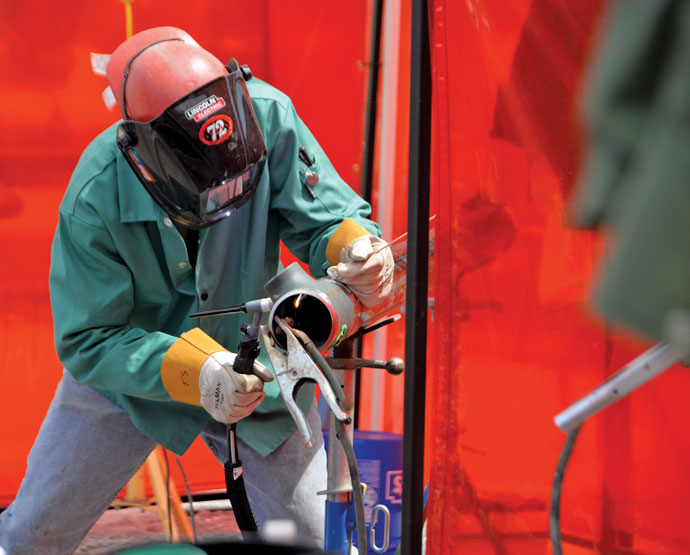 TVA's completion of Watts Bar Nuclear Plant Unit 2 continues to meet targets for safety, quality, cost, and schedule. Once complete in December 2015, the unit will produce the first new nuclear generation of the 21st century in the United States.
Photo courtesy of TVA

Because its territory overlaps with a number of active shale plays, AEP's team, led by four oil & gas industry specialists, is also working with the utility's field personnel to install substations faster, including AEP's "Station in a Box," which comes pre-packaged and stored in a portable steel container for shipment directly to a prepared site.

In 2013, AEP hosted 10 educational forums across its service territory attended by more than 400 community partners and elected officials.

The calendar year 2013 saw the team helping to garner more than 100 project wins, approximately $3 billion in corporate capital investment and the addition of over 13,700 new jobs in its multi-state territory, where it serves 7.2 million customers amid a population of 21 million. Investing firms included MetLife, Herbalife and Syngenta in North Carolina; Nucor, JN Fibers and Michelin in South Carolina; Tsuda Industries, GEICO and Alcoa in Indiana; Hutamaki and GE Aviation in Ohio; and CapTel Service Specialists, Instrument Transformers and Pall Corp. in Florida.

Duke enacted a new economic development rider in Florida in October 2013, and funded a Strategic Sites Inventory Program in the state in December 2013. In North Carolina Duke successfully launched the Green Source Rider. Duke continues to carry out its data center and food & beverage site certification programs in the Carolinas.

A total of 9,221 new jobs and more than $20.7 billion in corporate facility investment was all Entergy had to show for 2013, marked by dramatic growth in the Gulf Coast economy.

"Entergy Corporation has dramatically stepped up its economic development efforts with the formation of a Corporate Business and Economic Development Department," says Mark Kleehammer, vice president of business development. Projects came from such companies as Big River Steel in Arkansas; G2X Energy in Louisiana; OCI/Natgasoline in Texas and Feuer Powertrain in Mississippi. Texas led the way with 3,183 jobs, while Louisiana led in corporate capital investment activity with more than $17 billion planned.

The Entergy team helped launch the Central East Texas Alliance, and a farmer education program in Louisiana which Entergy plans to replicate in its other three states in 2014.

FirstEnergy and its 10 utility operating companies helped corporate end users invest nearly $3 billion and create a planned 7,792 jobs across its service territory of 6 million customers amid a population of 13.4 million across six states. Projects came from such investors as Amazon and Bayer in New Jersey; Volvo in Maryland; BASF, Sherwin-Williams and H.J. Heinz in Ohio; and Albemarle and Procter & Gamble in Pennsylvania.

FirstEnergy in 2013 became a member of the Board of Directors for Choose New Jersey and launched a plan to identify potential sites for data center operations. As part of the Electric Security Plan in Ohio, FirstEnergy has pledged $3 million toward providing assistance for economic development in its Ohio service territory.

The team at FPL helped companies in its territory create 11,997 jobs with nearly $15 billion in project investments, among 4.6 million customers in a 35-country area of Florida populated by 13.3 million people. Headlining the list was the headquarters move by Hertz to the Greater Fort Myers area - a project aided by FPL's PoweringFlorida Resource Center.

"FPL's economic development efforts blossomed in 2013," says the FPL team. As of December 2013, 16 businesses bringing 1,187 new jobs qualified for FPL's economic development rider (EDR) rate, which requires 25 jobs per 350 kWh of new demand. EDR represented savings of nearly $200,000 to those growing businesses. An additional 12 businesses had applied for EDR and would qualify upon completion of construction projects adding over 3,300 new jobs. In late 2013, FPL petitioned the Florida Public Service Commission to authorize a negotiated rate or Commercial/Industrial Service Rate (CISR), designed to attract new, large power users to the state as part of a competitive location project. It was authorized in early 2014.

Serving a population of 10.2 million in 155 of its state's 159 counties, this Southern Co. subsidiary continues to show the way in how to align with and enhance state economic development goals. The utility's Community & Economic Development team helped attract 18,532 new jobs and $2.7 billion in private-sector capital investment last year via 78 projects from such companies as Alcon Labs in Johns Creek; Engineered Floors in Dalton and Eton; Medient Studios in Effingham County just north of Savannah; and India's Shrivallabh Pittie Group in Sylvania.

New programs and services included an overhaul of the already impressive SelectGeorgia Database; speeding up IT systems throughout the network as well as at the showcase Georgia Resource Center in Atlanta; new and updated industry reports and publications; a program to repurpose 15 coal- and oil-fired power plants the utility is closing; ESRI-enabled "story maps"; and a new "Select Success" seminar series to help prepare local economic development teams to welcome and respond to prospects.

During 2013, the Georgia Resource Center hosted 537 events with more than 4,500 visitors, the highest level in the facility's 22-year history.

Gulf Power in 2013 introduced a new job creation rate rider incentive, as well as a reoccupancy incentive that pays cash incentives to business owners who are willing to occupy existing vacant buildings - four customers already have moved into previously unused space. The utility also hired a full-time researcher who completed over 100 projects for community partners.

This summer the company launched a new website to market 13 key industrial sites in Northwest Florida that are going through the company's new site certification program. "Having great sites is key to being competitive for new jobs," said John Hutchinson, Gulf Power's director of Community and Economic Development.

During 2013, LG&E and KU worked closely with the Kentucky Workforce Investment Board as it ramped up the new Work Ready Community program. LG&E and KU also are among several smart utilities partnered with the Location One Information System (LOIS), a Web-based interface. Also like other smart utilities, it is retiring a number of coal-fired power plants.

The utilities continue to provide leadership to a number of state and local organizations, councils and chambers. They also continue a long-term investment strategy to support the development of industrial land in two Kentucky communities, where the company has invested $380,140 in zero-interest loans.

Last in our alphabetical list, but first in so many ways that count, TVA's economic development team continues to be a leader among leaders in such categories as total new jobs it helped companies create (52,000) and total capital investment associated with that job creation ($5 billion) across its huge seven-state territory serving a population of 9 million people.

To date, a total of 23 data center sites are designated as "ready for development" across the TVA service area.

TVA's sites and buildings database, TVAsites.com, was completely redesigned and re-launched in 2013.

In 2013, 13 Valley communities were part of the utility's new Valley Sustainable Communities Program, and Community Development staff conducted a total of 69 training and development workshops throughout the TVA region.