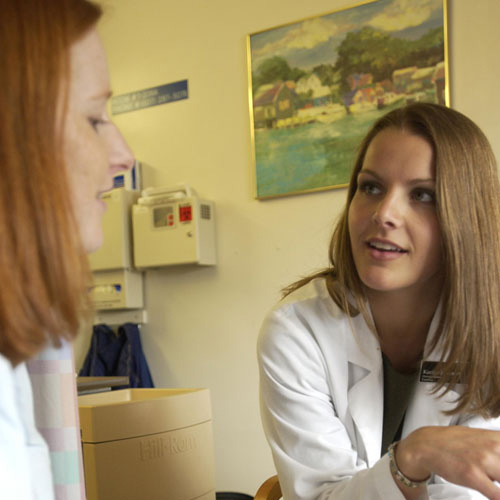 Mayo Clinic professionals take time to make sure patients understand all aspects of their care. Mayo is at the center of Minnesota’s Destination Medical Center economic development strategy.
Photo courtesy of Mayo Clinic
“I

t's been a banner year for Midwest healthcare startups."

That quote, from BioEnterprise president and CEO Aram Nerpouni in Cleveland, may be the understatement of the year.

According to data tracked by the BioEnterprise Midwest Healthcare Venture Investment Report, the Midwest region of the US garnered a record $777 million in total investments across 139 companies in the life-science sector during the first half of 2014.

Both the total capital amount and the number of companies backed represent all-time highs since BioEnterprise began compiling the report in 2005. Minnesota led the region with $184 million in venture funding, followed by Ohio with $155 million and Michigan with $114 million.

Among metropolitan areas in the Midwest, Minneapolis-St. Paul ranked No. 1 with $183.5 million, Detroit-Ann Arbor placed second with $100.3 million, and Cleveland ranked third with $97.7 million. 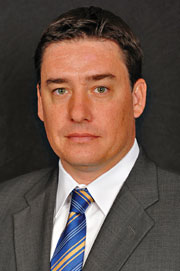 " This is the best year since we started tracking Midwest deal flows. In one year, the amount of capital flowing into the Midwest life-science sector basically doubled."

"This is the best year since we started tracking Midwest deal flows," says Nerpouni, whose Cleveland-based organization is a business formation, recruitment and acceleration effort designed to support the growth of bioscience companies in the region. BioEnterprise partners include Case Western Reserve University, Cleveland Clinic, University Hospitals, Summa Health System, and the Austen BioInnovation Institute in Akron.

"In one year, the amount of capital flowing into the Midwest life-science sector basically doubled," says Nerpouni. "Traditionally, a lot of venture capital activity focuses on the coasts of the US. But a lot of investment into biomedical innovation is now occurring at universities, and we have seen quite a surge in the number of firms that have a physical presence in the Midwest. There are now north of 20 venture capital firms based in Northeast Ohio alone. As a result, we are seeing a new deal flow."

Nerpouni notes that "the real story has been the surge in biomedical innovation throughout the Midwest." Minneapolis, Cleveland, Detroit, Indianapolis, Pittsburgh and Chicago are all leaders in this field now, he adds, and their momentum is actually gaining steam. Also showing strength is St. Louis, which generated $85 million in venture funding in the first six months of 2014.

"We have a fantastic foundation to build on in the Midwest," Nerpouni says. "From a site selection standpoint and an infrastructure standpoint, the table is now set for larger investments. For an outside investor to have confidence to put money into a company in the Midwest, they have to know that they will see a return on that investment over time."

Cleveland is bolstered by the presence of Cleveland Clinic, University Hospitals and Case Western Reserve University, notes Nerpouni. "Companies can translate the research that comes out of these great institutions into products in the marketplace," he says. "Pittsburgh, likewise, has Carnegie Mellon University and the Life Sciences Greenhouse. Indiana has made some thoughtful, long-term investments, and Chicago has a lot going for itself too."

Nerpouni predicts that, over the next two years, the Midwest will remain a robust source of medical device company growth and development. "Given the Midwest's mix of supply chain assets, manufacturing plants and distribution hubs - plus the fact that low costs are there -- this region will excel in attracting capital for a long time to come," he adds. "When investors take a close look at the Midwest, they now see that it has all the resources required to help young biomedical startups thrive."

Borgers USA, a German-based Tier 1 automotive supplier, broke ground August 6 on a new $60-million plant that will employ 230 workers with an $8-million-a-year payroll in Norwalk in Huron County in Northeast Ohio. Phase one will encompass 160,000 sq. ft. (14,864 sq. m.).

"Borgers was selected to supply product to General Motors," says Jim Blair, managing director of GACC South Services LLC, the Atlanta-based consulting firm that handled the site selection process for the company. "They initiated a search to locate a plant somewhere in the Midwest to supply GM plants. They wanted to be within a certain distance of the main GM plants they were supplying. They wanted to be in areas where they could find a qualified workforce, and they did not want to be in large cities; they wanted to be in smaller or mid-sized communities."

Norwalk will be the company's second plant location in the US. Borgers located a facility in Vance, Ala., about eight years ago to supply the Mercedes-Benz plant in Tuscaloosa. 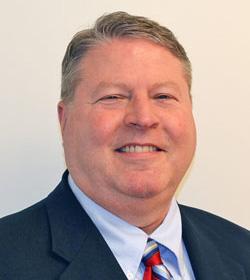 "They wanted to have good logistics, including access to good interstate highways to get products to those plants, which included GM facilities in Kansas, Michigan, Ohio and Indiana," says Blair, whose firm is a subsidiary of the German American Chamber of Commerce. "We worked together with two other consultants: a legal consultant, and a tax and incentives consultant. So we looked at this project from multiple perspectives."

Borgers requested information from four states and received responses detailing 180 buildings and sites, notes Blair. "We reduced those to 60 and invited 45 communities to present at a central location, in Atlanta, to company management. Ultimately, we were able to reduce the list of sites down to 16 and then to five. Following on-site visits, we reduced the list to two communities: Wabash, Ind., and Norwalk, Ohio."

Blair notes that "both communities were very competitive. Both offered very good proposals. It was a very difficult decision for the client between the two communities."

Blair adds that "what made the difference for the company was the logistics for Norwalk. They were a little bit more in the perfect storm for Borgers with the alignment to the GM plant. A competitor was closing a plant in Norwalk, which offered the opportunity to recruit workers that would meet Borgers' needs."