Keeping Our Head Above Water

Positive jobs numbers since the end of the recession mask a dire lack of skilled labor throughout the US. How much longer can this be the case? 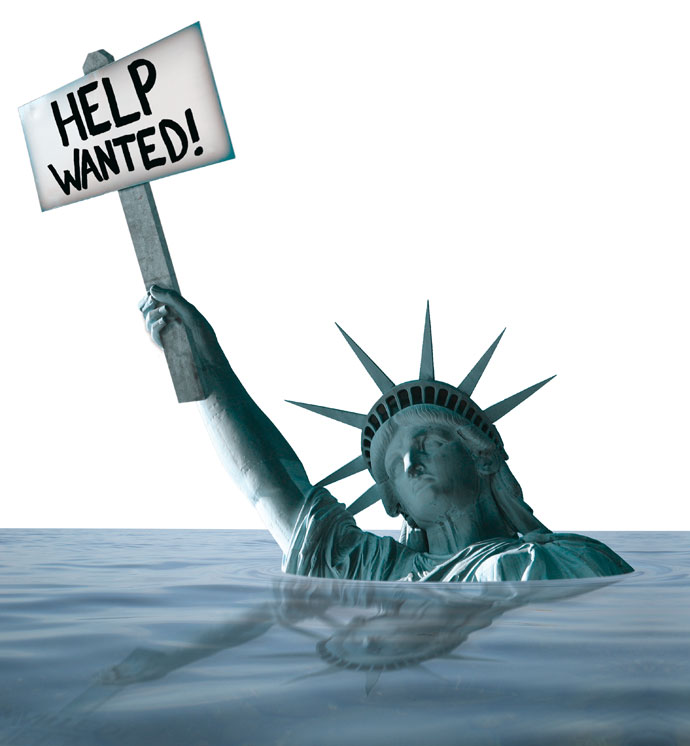 he wretched refuse of your teeming shore” still finds shelter on US shores. But it’s workers who can make up US companies’ skilled labor shortfalls that would really help get the economic recovery in gear. Which begs a chicken-and-egg question: Is an anemic economic recovery stunting job growth and leaving employment openings vacant? Or is a lack of skilled workers stunting corporate expansion plans, contributing to the anemic recovery? It’s probably a bit of both, but suffice it to say the US needs workers. Smart workers.

The November 2014 jobs report from the Bureau of Labor Statistics showed an increase of 321,000 jobs — up 2 percent from the previous November — and an unchanged unemployment rate of 5.8 percent. Good news, to be sure, but in keeping with figures for the past year, during which job growth month to month averaged just 1.8 percent.

“Today’s jobs report shows no more jobs created than what America needs to keep our head above water,” noted Laura Kozelouzek, CEO of Quest Workspaces and a member of the Job Creators Network (JCN), a nonpartisan organization challenging government policies that stunt job creation. “After a recession, the economy is eventually supposed to kick into gear and roar ahead. But six years out from 2008, this recovery feels more like purgatory.”

JCN places much of the blame for the weak economic recovery on America’s corporate tax rate, which Kozelouzek notes is higher than that of all the country’s major trading partners. “And our tax code is too complicated to understand without armies of lawyers and accountants. That’s a ¬big reason our economy isn’t booming. Addressing this problem should be Job One in Washington.”

The corporate tax rate — combining federal, state and local rates, is pushing 40 percent, higher than that of the rest of the industrialized world. Canada’s is 26.1 percent. “If you have to pay the highest tax rate in the world to fill a factory with American workers, yet doing the same with Canadians will cost much less, then it’s an obvious business decision,” says Kozelouzek.

But can a Democratic president and a Republican Congress enact tax reform that would fix the disparity? Perhaps.

“NAFTA was one of the great tax cuts in American history, followed by one of our strongest economic booms,” says Kozelouzek. “It lowered the cost of selling American goods to the world, and it happened because of the support of a Democratic president and the votes of Republicans in Congress.”

Meanwhile, throughout 2014, companies struggled to fill key openings necessary for ramping up production to meet growing demand for equipment and the finished goods that equipment manufactures. According to a Charlotte (N.C.) Business Journal report published Nov. 21st, local, expanding companies are importing workers from elsewhere as the regional talent supply is found lacking. A Daimler Trucks executive calls the company’s recruitment effort to hire hundreds of new workers “challenging,” requiring the company to provide relocation assistance to workers farther away. A personnel manager at another company reports hiring a dozen machinists in 2014 and would have hired a dozen more, “if we could find them.”

"We’re in the midst of a great phase of ingenuity and innovation, and companies are poised to do even more, but the shortage of skilled workers poses a serious threat to their ability to reach their goals."

Laments another HR manager, “Finding technically skilled laborers, in particular CNC [computer numerical control] machinists, has been difficult for some time,” as demand for the company’s products increases. Perhaps the company’s heightened support of STEM initiatives and technical education programs will do the trick in future hiring sessions.

Technology companies fear their plans to hire new staff in 2015 may be sidetracked by a continuing shortage of qualified tech talent, according to a new survey from the Technology Councils of North America (TECNA). Seventy-four percent of 1,561 C-suite-level technology executives participating in TECNA’s third annual National Survey of Technology, Policy and Strategic Issues say there is a shortage, and a third of them call the shortage significant; 69 percent indicated a shortage in 2013, with 25 percent calling it significant.

“The skills shortage is one that affects technology companies from coast to coast and border to border,” said Steven Zylstra, TECNA chairman and president and CEO of the Arizona Technology Council, on Dec. 8th, when the survey findings were released. “We’re in the midst of a great phase of ingenuity and innovation, and companies are poised to do even more, but the shortage of skilled workers poses a serious threat to their ability to reach their goals.”

Perhaps states’ efforts to make their workers more skilled, more trainable — more competitive — will pay off before it’s too late, before the economy stalls again, reducing demand for skilled labor. Now is when the labor pool needs to be well stocked, a fact most states appreciate and have been addressing, to varying degrees, for some time. The Midwest Region report (page 61) and the Alabama Spotlight (page 71), by Senior Editor Patty Rasmussen, explain steps these states are taking to match the workers with the industries and businesses they seek to cultivate.

In December 2014, Cushman & Wakefield released a white paper, Facing the Millenial Wave, explaining how to attract and retain workers in this key demographic. One strategy is to use psychographic profiles, which help target cities and neighborhoods with talent pools of interest to potential employers. The one below shows where to find “Young Achievers” — a demographic category of interest to any growing enterprise. 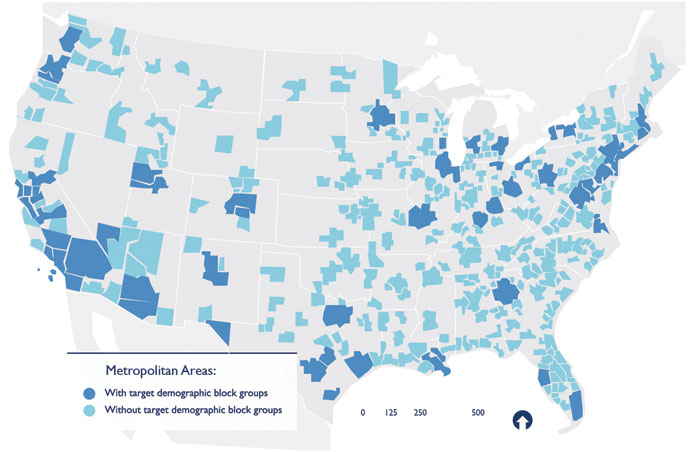 When measuring the concentration of the Young Achiever group in established creative hotbeds like Brooklyn and Silicon Valley, C&W found populations of this group eight to 14 times the US average. Extending the analysis across all US cities, 55 metro areas had census blocks also containing very high concentrations of this Young Achiever psychographic group. Usual suspects dominant in the information industry like Boston and Seattle are represented, but so are newly recognized hotbeds in Columbus, New Orleans, Salt Lake City and Minneapolis. This level of dispersion has generated hip microcosms of start-ups and entertainment that have raised the profile of the entire metropolitan area. Economic developers now tout these areas and their companies alongside traditional stories of new manufacturing plants and highway interchanges. Savvy companies now know to look a little closer at typically overlooked metro areas when chasing the talent. 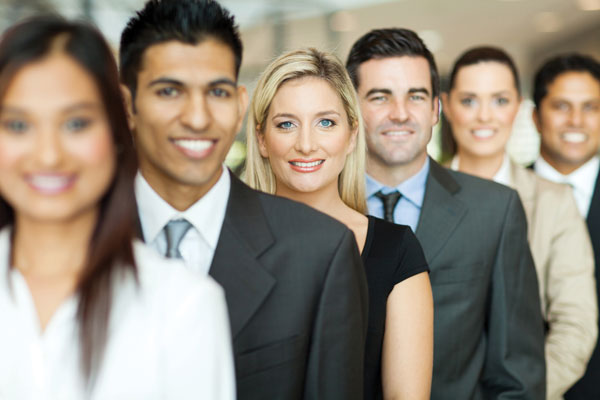 At the same time, Site Selection is developing a system for evaluating state workforce development efforts that encourages states to compete regionally for excellence in this important aspect of economic development. Corporate investors are encouraged to delve deeper into the state-specific values associated with the ranking components to better gauge states’ offerings relative to companies’ HR requirements.

The rankings are intended to provide a general sense of which states in a given region are devoting sufficient or superior resources to preparing their workforces for current and future employment. They do not factor in success rates of specific state worker training programs, incentives or other tools. Future iterations of these rankings may do so, and will incorporate input from corporate executives and others familiar with state workforce programs around the US.

Site Selection’s inaugural workforce development rankings incorporate three measures that can be applied to all 50 states. Each measure is weighted one third:

Look for more comprehensive versions of these rankings in the future, and become familiar with the contributing organizations and the work they do to meet the workforce development requirements of business and industry in the US.