Revenge of the Nerds

Location analysis in the creative and digital media sector becomes more
accessible with the help of online tools. 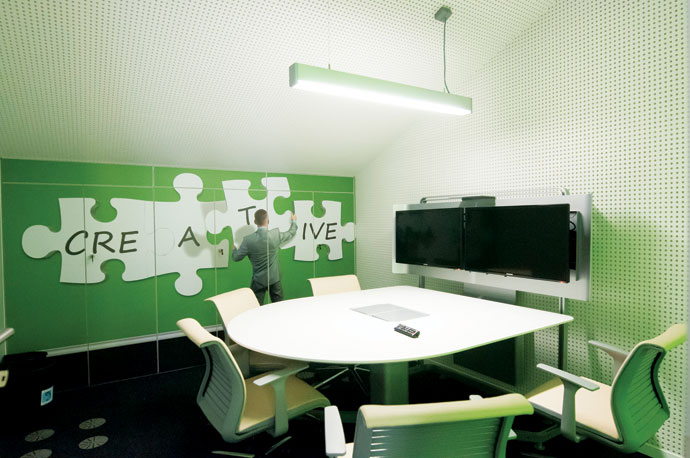 Talent is one reason Siemens has been in Portugal for 110 years, and has recently established Global Competence Centers there. The company provides services in the areas of energy, infrastructures, information technology, healthcare and shared services to 200 countries in five continents through 14 Global Operational Centers based in Lisbon.
Photo courtesy of Siemens Portugal
by PATTY RASMUSSEN
G

aming companies are often associated with Silicon Valley in California or hipster-filled cities in the Pacific Northwest. But two of those companies moved east — deep southeast in fact — in 2014. Curse Inc., a global gaming company with over 22 million customers, moved the company’s headquarters and content team from San Francisco, Calif., to Huntsville, Ala., bringing 20 new jobs to the city. Curse previously housed its development offices in Huntsville, but decided to go all in.

“We were looking for a place that was friendly and beneficial to our employees and our company,” said Curse CEO and founder Hubert Thieblot. “Huntsville provided that. In addition to being a friendly environment for our company, we have been really pleased with the amount of high-quality talent in the area.”

Likewise, qalytics, a game testing company, is moving from Seattle, Wash., to Baton Rouge, La., where it will create 34 permanent jobs at its new home in the Louisiana Technology Park. Larry Kelly, managing partner of qalytics, said three factors led to the company’s decision to move to Louisiana. “First, the digital interactive media tax credit will enable qalytics to be more competitive in the North American and European markets,” said Kelly. “Second, a team of professionals from LED, the Louisiana Technology Park and the Baton Rouge Area Chamber worked together seamlessly to explain and deliver their programs in a simple, straightforward manner. Third, there’s a wealth of talent in Baton Rouge and surrounding areas.”

These two projects, and many more like them, underscore a definite trend — creative and digital media clusters are emerging nearly everywhere. There are common elements to these clusters — the presence of a college or university or a deliberate effort on the part of a community to grow such a cluster, as in the case of the Louisiana Technology Park or Iowa’s Creative Corridor, a seven-county region centered in the Iowa City/Cedar Rapids metro area.

In a report commissioned by the Entertainment Software Association, "Video Games in the 21st Century: The 2014 Report," the US video game industry grew by more than 9 percent from 2009 to 2012. Other highlights include: 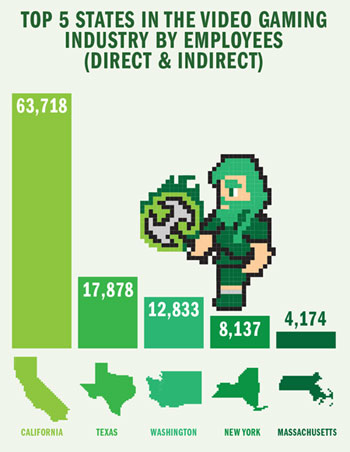 According to the 2014 European Cluster Panorama report, the creative industries, made up of business services, design, video and music, is the largest of the emerging sectors in terms of employment. It also makes up the largest number of enterprises. The number of employees in 2011 is close to 40 percent higher than the 1996 level.

The report noted that the creative sector is strongest in capitals and large urban regions. Paris and London combine to employ more than 1 million workers in the industry. High employment numbers are also found in Eastern Europe where Bucharest, Bratislava and Budapest grew by 7.5 percent, 9 percent and 18 percent, respectively.

The digital industries sector, comprising computer hardware, software, telecommunications and other supporting activities, employed 8.7 million people in 2011, up 1.4 million from the 1996 employment figures. The top five cities in the digital industries cluster are Stockholm, Sweden; Cologne and Nuremburg, Germany; and Rotterdam and Amsterdam, Netherlands.

Thanks to a new online tool, it’s gotten much easier to identify clusters such as creative and digital media. The US Cluster Mapping portal, a project developed by the Harvard Business School’s Institute for Strategy Competitiveness in partnership with the US Department of Commerce and the US Economic Development Administration, provides users with over 50 million open data records on industry clusters and regional business environments.

“It’s another tool to show where particular industries fit in across the US, and where other areas with similar industrial environment/makeup are located doing similar things,” says Sarah Jane Maxted, manager of the US Cluster Mapping portal. “We really emphasize the traded economy on the site, focusing more on the traded clusters than the local clusters, which are industries in every single city or town.” Similarly, the European Commission offers the European Cluster Observatory and its own version of a cluster mapping portal, providing the number of enterprises in a region, employee numbers, and wages and salaries.

Right now Maxted wants to get the word out about the benefits of the new website and tool. “We don’t see many small to medium sized enterprises [SMEs] using the tool yet,” she says. “We’re trying to figure out, 'What’s the play?' How do we help SMEs in the traded economy looking for tools and resources?” Currently, economic development practitioners, policy folks and especially international users make up most of the users of the cluster-mapping tool.

“The portal is one of the few tools open and free for anyone,” Maxted says. “From an international perspective, it offers a view that’s very hard to get unless you pay someone multiple thousands of dollars to do this for you. It’s a great foundation to see what’s going on, where clusters are grouping in the US and where your industries might line up in the US.”