The Beauty of
Where We Are 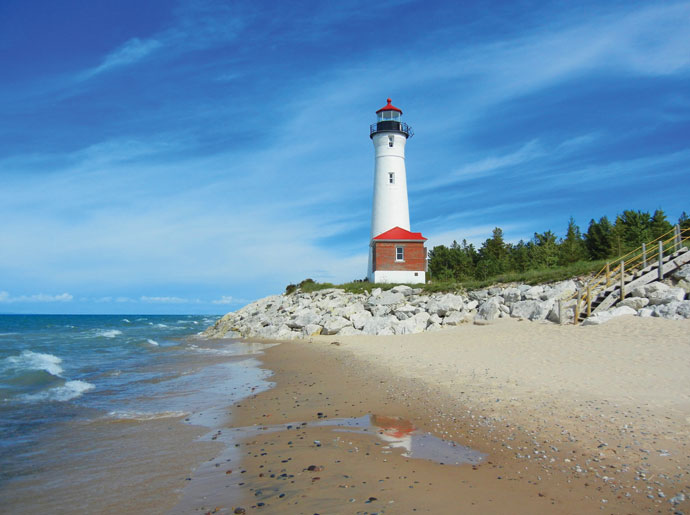 he point of the Michigan Turnaround Plan, when it was launched in 2009 by the influential Business Leaders for Michigan — the state’s business roundtable — was to position Michigan in the Top Ten states in measures of interest to capital investors. In broad terms, the business leaders want to see Michigan at or near the top where income growth, job creation and business climate factors are concerned. It’s getting there.

A 2014 report card shows progress on several fronts. Michigan is a Top Ten state now in 14 output measures, including corporate tax climate and overall business tax climate, exports, university R&D expenditures and preschool enrollment and funding, among others. It was a Top Ten state in just eight measures in 2009.

But much remains to be done. Production of credentialed and degreed talent, infrastructure reinvestment and ability to attract venture capital and sustain entrepreneurial activity are three areas of concern as 2015 gets underway.

Progress to date and areas of focus going forward are detailed at www.michiganturnaroundplan.com. In December, Site Selection turned to executive committee members at Business Leaders for Michigan for their take on the Plan’s progress. Are they satisfied with implementation so far? 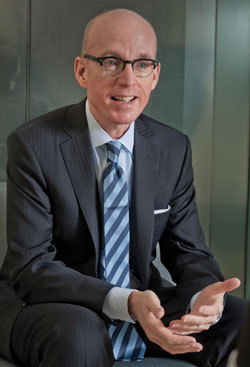 "We are very bullish on Michigan and optimistic about our future. But we don’t have rose-colored glasses on, thinking everything is where it should be."

“Very satisfied,” says Michael J. Jandernoa, who serves on the Board of Directors at Perrigo Co., an Irish life sciences multinational corporation with North American operations headquartered in Allegan, Mich. “Many steps of the Michigan Turnaround Plan have been implemented, and it shows. Michigan’s business tax climate has clearly improved in our state. There are positive changes in the economy relating to jobs. And the efforts to revitalize our core cities, such as Detroit and Grand Rapids, have paid great dividends for our communities and visitors. Michigan has its momentum back, and it’s evident everywhere.”

The State To Watch

“In the last years, Michigan has made tremendous progress in turning the state around,” adds Sandra E. Pierce, chairman and CEO of FirstMerit Michigan, a division of Akron, Ohio-based FirstMerit Corp., a diversified financial services company. “We at the Business Leaders for Michigan can chart this progress against the Michigan Turnaround Plan. Thanks to our governor and the Michigan Legislature, Michigan has become the state to watch. State government finances are more stable. Michigan has a competitive tax environment. Long-term debt has been reduced. Unnecessary regulations have been eliminated. Jobs, personal income and population are on the rise. As revenues have improved, we’ve started investing more in higher education. These are all signs of a state moving in the right direction.”

Site Selection also visited in December with Doug Rothwell, president & CEO of Business Leaders for Michigan, and he, too, gives the state’s new political leadership credit: “It helps when you have a governor and a legislature that understand how businesses think,” he notes, “and that clearly is the case here in Michigan.”

As for the Turnaround Plan, Rothwell says much has been accomplished in the past five years, especially with respect to “tackling some of the fundamental issues of having a healthy business climate. We’ve restructured our corporate taxes, we’ve dealt with some of the long-term debt that the state built up that was costing businesses money, like unemployment insurance costs. We’ve made sure we have a regulatory environment that was much more user-friendly.”

“At the same time,” he adds, “we also recognize that we need to have talent at a level that we didn’t before. We have a good technical talent base in Michigan, but our overall education attainment level is not where we’d like to see it. We also realize that while we have a great infrastructure legacy — a great highway network and ports, for example — we need to reinvest in those now, because we didn’t for a long time, when the recession was underway. We are very bullish on Michigan and optimistic about our future. But we don’t have rose-colored glasses on, thinking everything is where it should be.” 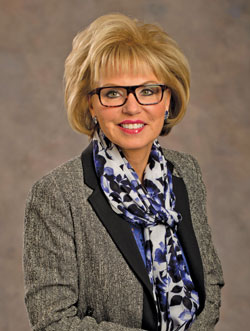 "Michigan has demonstrated what is possible when people work together toward a common goal."

Rothwell hopes to see infrastructure- and education-related Turnaround Plan categories (career & college readiness, degrees conferred and critical skills degrees & certificates, for example) with Top Ten status in 2015, which will require funding that is hard to come by in the wake of the recent recession.

“Infrastructure is a nation-wide problem in that we’ve disinvested in infrastructure for a long time in America, and there is concern on the part of the public about spending money on anything,” he points out. “There’s anxiety in the mood of the public these days. But we believe we’ll have to raise revenues to build out our infrastructure, and we’re in the midst of that fight right now in Michigan.

“Secondly, we need to make education — particularly college — more affordable,” says Rothwell. “Again, we cut back on funding for helping young people get a college degree in the 2000s. We’ve made progress on that in the last few years, but it’s something we’ll have to keep working on to get it back to where it should be. These are longer-term issues. And that’s the beauty of where we are in Michigan right now. We’ve fixed a lot of the short-term issues. The issues we’re working on now will lead to more long-term, sustainable growth.”

Predictability in All Corners 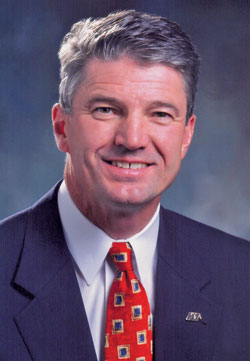 Long-term, sustainable growth only is assured when business leaders can comfortably predict it, when the business climate is sound enough to deliver it over the long term — not when the future is fraught with uncertainty. Is that the case?

“I am very confident that we can continue to make significant progress if we continue to implement the Michigan Turnaround Plan and build on the momentum already underway in all corners of this state,” says Jandernoa. “Michigan has everything it needs to be a Top Ten state — a competitive business environment, top talent, strong assets and unique strengths. We intend to stay focused on the things that we do well and investing in things that will help Michigan continue to grow.”

“I am very optimistic about Michigan’s future,” adds Sandra Pierce. “We’ve made tremendous progress in such a short time. While we are not a Top Ten state, and clearly have more work ahead, Michigan has demonstrated what is possible when people work together toward a common goal. I am convinced that Michigan has a very bright future ahead.”