How a community partnership with an Air Force base makes Dayton ripe for growth. 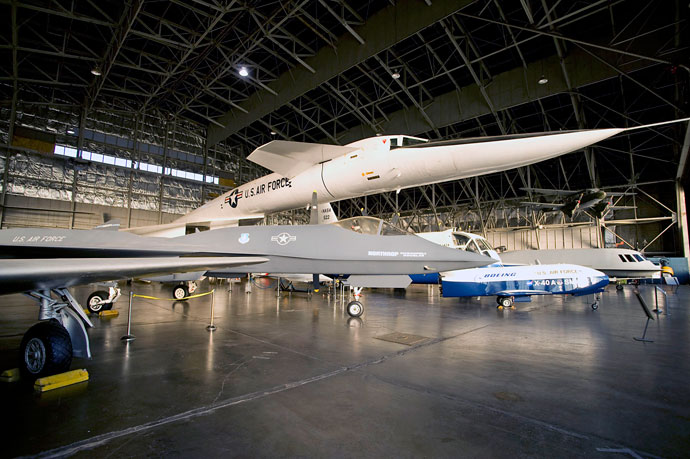 The Research & Development Gallery is one of many exhibits at the National Museum of the United States Air Force, located on Wright-Patterson Air Force Base.
Air Force Museum Foundation photo by Dan Patterson
by Chris Ford
Vice President of Defense
Dayton Development Coalition
T

he United States Air Force and Dayton, Ohio, have a singularly distinctive bond that dates back to the invention of controlled, self-powered flight. Wilbur and Orville Wright’s relentless pursuits ultimately led them to be the first to break Earth’s bonds in December 1903. Dayton was also home to other inventors and innovators like John Patterson, Charles Kettering, Edward Deeds, and many more. In the early 1900s, Dayton became nationally recognized and known across the world as a hotbed for innovation, manufacturing and industry.

That backdrop made the Dayton region the obvious choice to fully explore the Wright Brothers’ ideas, and over 40 years later those ideas gave birth to the United States Air Force and what is known today as Wright-Patterson Air Force Base, or Wright-Patt for short. For decades, the Dayton region and Wright-Patt have built on that foundation, and today, they’re working together in partnership to rediscover the keys to that groundbreaking innovation, a partnership that makes the area a prime spot for industry growth.

The base employs over 27,500 people directly and another 34,000 people indirectly, making it Ohio’s largest single-site employer. Its economic impact to the Dayton region is approximately $4.4 billion, and that impact is ripe for growth as the base’s partnership with the community grows stronger.

Simply put, Wright-Patterson Air Force Base is, and has long been, vitally important to Ohio and the Dayton region, and vice versa. Community stakeholders such as the Dayton Development Coalition are working with the base to find ways to work together to ensure the base has the talent it needs, and that the region and its investors can benefit from the cutting-edge research and technology development done at Wright-Patt. That synergistic partnership has created an incredibly diverse market for innovation and a target-rich environment for entrepreneurs, investors and growing businesses.

As a result of federal budget cuts, the U.S. military and defense communities around the country are facing challenges never before experienced. Defense communities aren’t able to rely on their status quo, and they must aggressively find ways to minimize negative impacts and maximize areas of mutual benefit. Rather than being subject to the whims of fiscal uncertainties in Washington, military installations and their surrounding communities must work together to ensure growth through partnerships and engagement in research and development, commercialization and other business opportunities. The Dayton region and Wright-Patt are doing just that.

The two are working very closely together — looking past the obvious budget challenges to find meaningful opportunities that benefit the base and the regional economy. To foster effective communication, innovation, partnership and collaboration within a defense community, communication channels must be clearly defined and open both ways. Wright-Patterson Air Force Base and the surrounding communities that make up the Dayton region have been a model for that kind of open collaboration.

As the Dayton region and Wright-Patterson Air Force Base navigate shrinking budgets, they’re identifying mutual needs, and that’s drawing collaborators even closer to find solutions that help the base, businesses in the region and the overall economy. Several mutual areas of interest are creating significant opportunities for entrepreneurship, small business development, and commercialization opportunities that benefit the needs of all parties and create a winning proposition for all stakeholders.

For example, the Air Force Life Cycle Management Center and the Air Force Research Laboratory have redoubled their efforts to forecast and advertise future needs for product development and research. Both of these centers want new ideas and solutions, and they’re looking to entrepreneurs and small businesses for those solutions. Opportunities around health & human performance, advanced materials, sensors, autonomy, hypersonics and unmanned aircraft systems exist and are just a handful of ways to partner with these centers. Together, Dayton and Wright-Patt are examining one another’s needs and interests and finding innovative solutions.

The Dayton region enjoys a powerful synergy of research, development, education, contractor and government organizations, and is fortunate to have so many community partners. Focusing these resources is the cornerstone of the Wright-Patt and Dayton Region relationship, and they have created an innovation-based ecosystem that’s poised for growth in areas like aerospace and defense; advanced materials and manufacturing; information technology and advanced data management; biosciences; and logistics and supply chain management. Initiatives are under way to further enhance community partnering with the Air Force to generate a unified vision in the region’s aerospace, defense and technology industries. 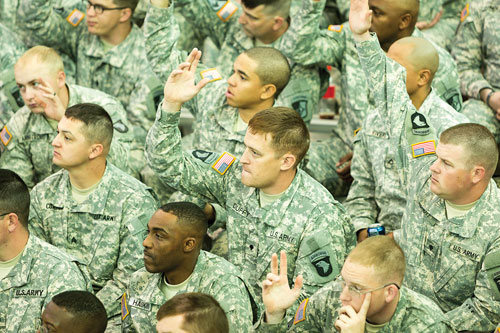 For insights into hiring military veterans, including a chart with links to programs run by every US state, read “The Time Is Now,” published for Veterans Day 2014

Wright-Patterson’s relevance and economic weight in the Dayton region can’t be overstated — they’ve long been an important regional partner that creates commercial opportunity, and that only continues. Because community groups have been so actively engaged with the base, they are collaborating to incubate and accelerate interesting ideas into entrepreneurial opportunities that are attractive to angel investors and venture capital.

For example, earlier this year, Wright-Patt started the Wright-Patterson Air Force Base Partnership Initiative and created the Partnership Office. The overall objective is to leverage military installation and local community capabilities, focusing on reducing operating and service costs for both the Air Force and its partners. Finding mutual benefit is obviously key, and both short- and long-term implementation must be considered. Four subgroups formed, consisting of education, research & development, infrastructure and medical.

2014 has already been a busy year for the Partnership Office. According to the Dayton Business Journal, ideas that were launched as a result of the office’s creation have included “a number of workforce partnerships, including a regional workforce website and launching more training with local schools, such as a partnership with Sinclair Community College for training firefighters. Also under consideration are ideas to share base pools and agreements for salt purchases and storage with other communities, and a stronger relationship between the base and the Dayton VA Medical Center.” Through this and other collaborations, Wright-Patterson Air Force Base and the Dayton region are breaking the mold and are actively seeking ways to integrate a cohesive community that shares resources and grows the economy for mutual benefit.

Challenging the Boundaries To Grow the Industrial Complex

This partnership is literally challenging the boundaries of the base to find areas that industrial partners and Wright-Patt can share. Wright-Patt is considering several “non-excess” parcels of land around its perimeter for investment by potential collaborators. These private sector investment opportunities encourage innovative, market-based projects that support Wright-Patt and develop long-term relationships between the Air Force and private industry. This summer, Wright-Patt and the Air Force Civil Engineer Center published a request for information for the candidate Enhanced Use Lease parcels. (To find out more about this opportunity, visit the Federal Business Opportunities website at www.fbo.gov and search for solicitation number AFCEC-14-R-0006).

Beyond the bottom line, the Dayton region and Wright-Patterson Air Force Base offer a high quality of life for airmen and business collaborators alike. The Air Force Times just rated 68 stateside air force bases and Wright-Patterson Air Force Base was tied for first place. The ranking pulled together data on multiple factors — from school quality to the local economy, crime rates to traffic, and climate to on-base amenities such as commissaries. Beyond the on-base amenities, those factors translate to the broader region, making it a great place to live, work and play across the board. 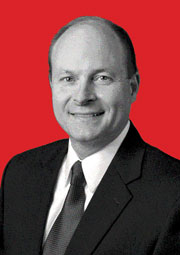 Chris Ford (retired, Air Force) is VP of Defense at the Dayton Development Coalition, a private non-profit working to grow the regional economy in Dayton, Ohio. To find out more about some of the initiatives between Wright-Patterson Air Force Base and surrounding communities, contact the DDC at 937-222-4422 or email ddcmedia@daytonregion.com. 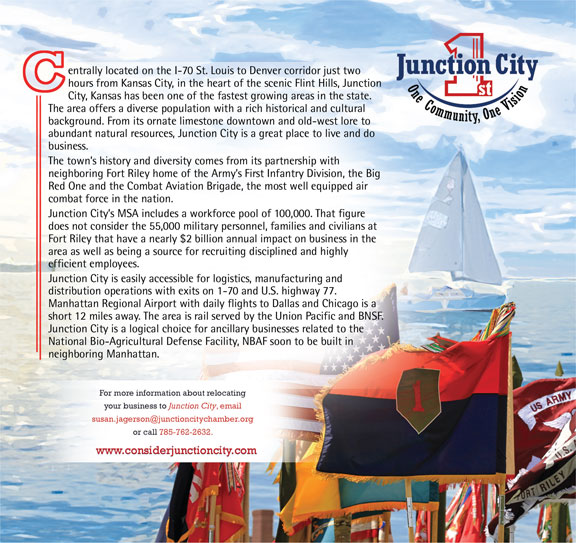