Locations of the Future 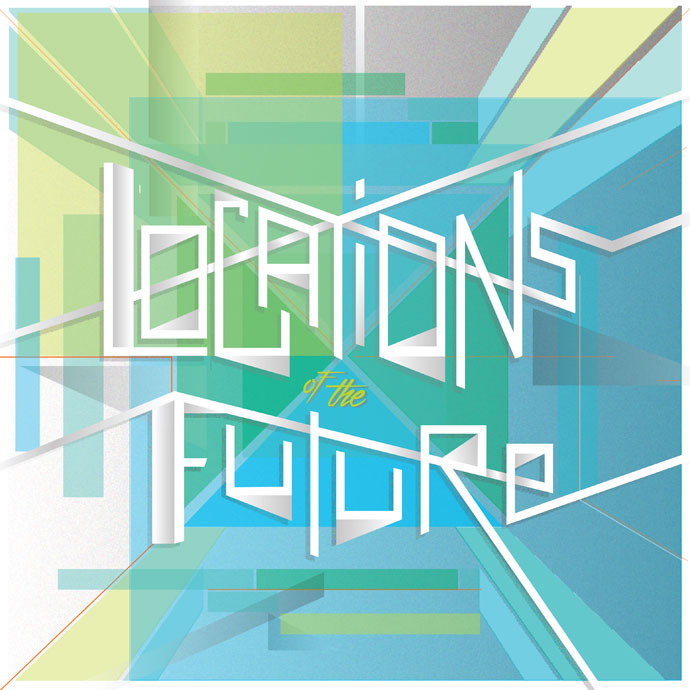 “A large population with a burgeoning middle class.” “Political and economic stability.” “An industrious, well-educated workforce that’s the envy of the region.” “Willingness to invest in quality infrastructure.” Those are among the attributes identified by Site Selection’s recent Locations of the Future survey respondents when asked why they favored one location over another in the world regions provided.

The survey asked site selectors with expertise in a variety of industries to tell us where they believed new sector clusters would locate five to 10 years down the road, and why they would likely emerge there. We asked the respondents to identify their top three areas of expertise. Next, we asked the respondents to identify — not rank — the locations within six regions they believed would be home to new clusters in those sectors in the next five to 10 years, based on their knowledge of the sectors. We also asked them to briefly explain what made the location appealing. 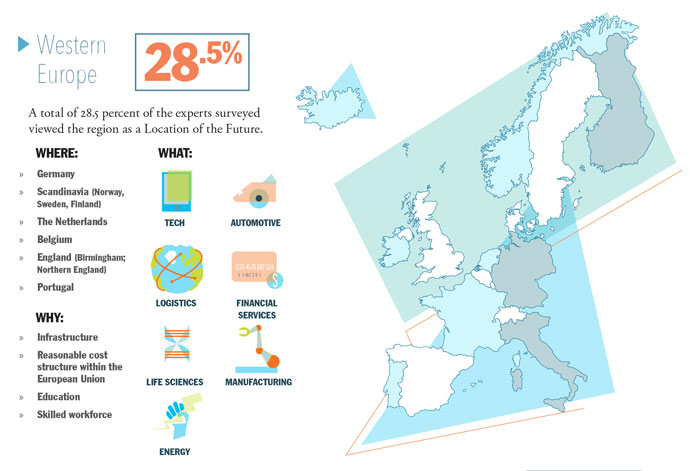 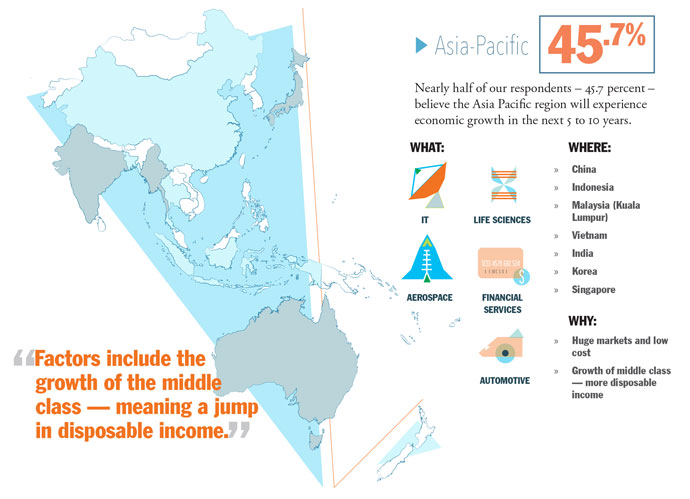 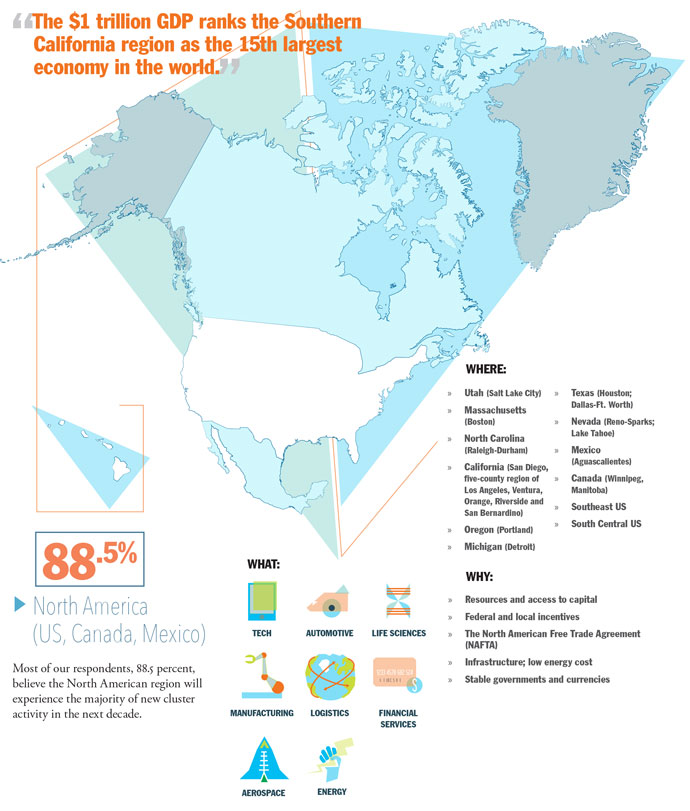 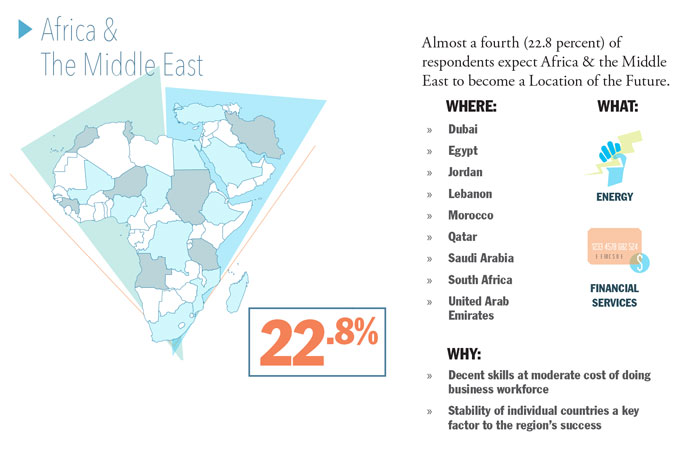 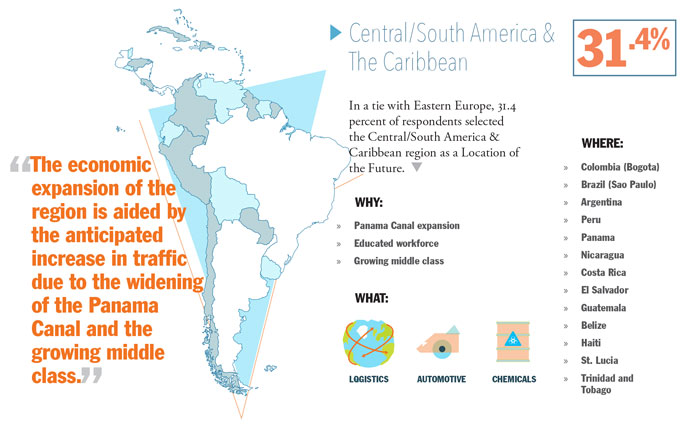