Consumers want healthier food choices and the industry is responding. 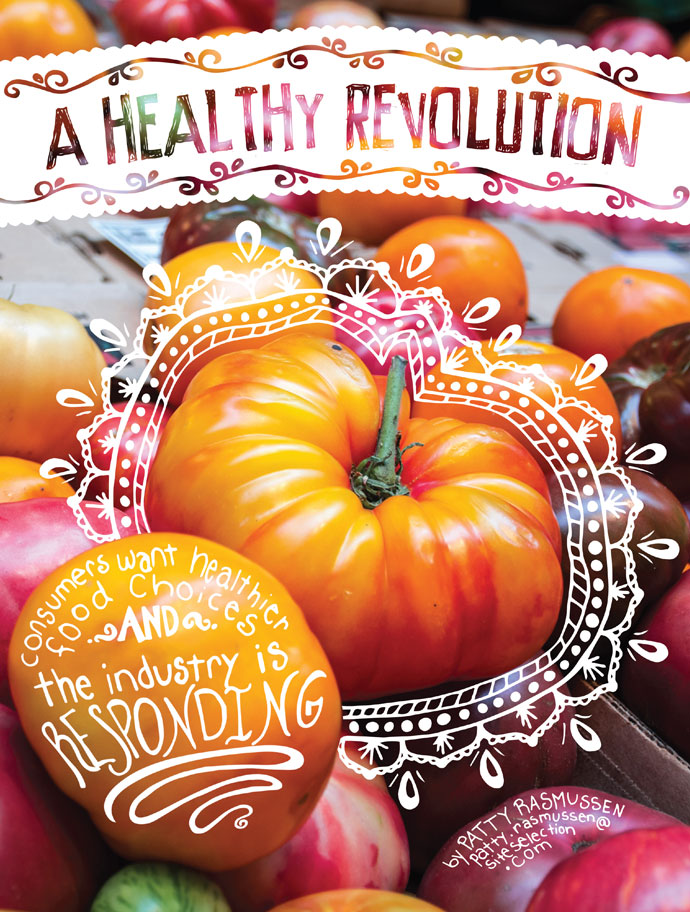 Locally grown, organic foods are some of the top food trends driving the food production industry.
Photo by Heather Overman
by PATTY RASMUSSEN

Health and wellness are the two most impactful factors driving the food and beverage (F&B) industry. In the next year, 41 percent of decision makers at middle-market F&B companies believe the sector will expand and 53 percent will add employees.

“Employment in the sector is expected to grow an average of 5.4 percent year over year,” according to GE Capital’s F&B Industry Economic Outlook Survey.

Those statistics are borne out by near daily announcements of new and established food processing companies expanding through organic growth or acquisition. “Key consumer preferences driving product innovation in the sector are health and wellness, value and convenience,” the survey says, and those factors will have the “biggest impact on new product offerings in the next 12 months.”

“From the perspective of food and nutrition people have reevaluated their feelings about the way food is processed.”
— Dr. Cathy Kapica, CEO, Awegrin Institute, an independent public health consultancy

“From the perspective of food and nutrition, people have reevaluated their feelings about the way food is processed,” says Dr. Cathy Kapica, CEO of the Awegrin Institute, an independent public health consultancy. “Seventy-five percent of meals are still prepared and consumed from home, and consumers are looking for more simple preparations.”

Demand for the freshest, least-processed ingredients they can buy is driving consumers to buy local whenever possible. Many consumers want to know how the food is produced. Are the food companies “green” and supportive of sustainable or environmentally friendly production practices?

You Can’t Beet This

G’s Fresh, Ltd., is a poster child for a vertically integrated, sustainable F&B company undergoing a significant expansion. The UK-based company produces ready-to-eat packaged beet products and bottled beet juice under the brand Love Beets. The product is currently distributed to 8,000 US outlets. A year ago, when G’s was in the process of launching their beet juice product and looking for a US bottler, they contacted LiDestri Foods, a contract manufacturer which had recently expanded in the Eastman Business Park (EBP) in Rochester, New York.

“I told them we could pack the juice but also asked what else they were doing to see if there were other things we could do for them,” says Dave Stoklosa, vice president at LiDestri. “They were on the cusp of making a really big decision to build a greenfield plant in New Jersey, but I told them to come up to Rochester and look at some existing facilities. It wasn’t long after that John Shropshire, the owner of G’s, flew over and met with Giovanni LiDestri. We literally had a deal within a few months.” 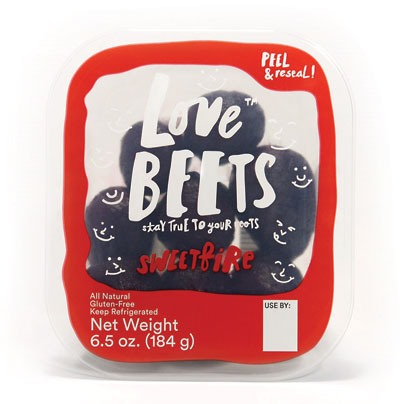 What G’s found in Rochester was almost too good to be true. Not only is the region the second largest beet-producing region in the US, the 1,200-acre (486-ha.) EBP is completely integrated with utilities — steam, electrical, chilled water — critical to food processing.

“But the biggest win with locating in the park is the industrial wastewater treatment system that they had,” says Stoklosa. “If it were to be built today it would be about a couple hundred million dollars.” Instead, G’s will be able to add the company’s wastewater stream to the industrial wastewater treatment system which helps feed the aerobic basin, creating energy for the EBP tenants. Solid waste will find its way to animal feed outlets or companies like Sweetwater Energy, also in Rochester, a company which uses non-food plant material to produce concentrated sugars for energy. “This will be a zero-landfill plant,” says Stoklosa.

LiDestri and G’s partnered to form Love Beets USA and will invest $17 million to build a 100,000-sq.-ft. (9,290-sq.-m.) manufacturing facility within the 2 million sq. ft. (185,806 sq. m.) of space LiDestri owns at EBP. The project, which will create 50 jobs, is expected to begin operations in November 2015. An additional 90 jobs will be created in the next five years. Love Beets USA hopes to source the majority of its beets from N.Y. farmers. “This is not something we’ve done on this scale before,” Stoklosa says. “We’re hoping to turn this into a $100-million business in five years.”

Pure Foods, Inc., a company from Vancouver, British Columbia, went further south in looking for a location for its new North American headquarters and manufacturing facility. The company, which produces gluten-free snack foods, is investing $22 million in a new food production plant and expects to create 273 new jobs in Kingsport, Tenn., a region that’s no stranger to the food processing industry.

“This project will not only contribute to our bottom line, it will create jobs in the community and reduce our annual carbon footprint by 150 tons.”
— George Todd, CEO, Kalsec, on the new solar-energy installation at his company’s plant in Kalamazoo

“The company looked at several states,” says Clay Walker, CEO of NETWORKS-Sullivan Partnership, a local economic development organization. “But they had worked in this region before and knew the distribution and logistics capability, as well as the talent they could hire for the operations.”

“The new investment will allow Pure Foods to operate an advanced Allergen Controlled Snack Manufacturing Plant,” said John Frostad, Pure Foods president and CEO. “In addition to industry leading material handling and processing techniques, the company is deploying patented dehydration technology that will see the integration of fresh vegetables and fruits into sheeted tortilla style snacks, extruded products and other snack forms.” The facility expects to be up and running by September. 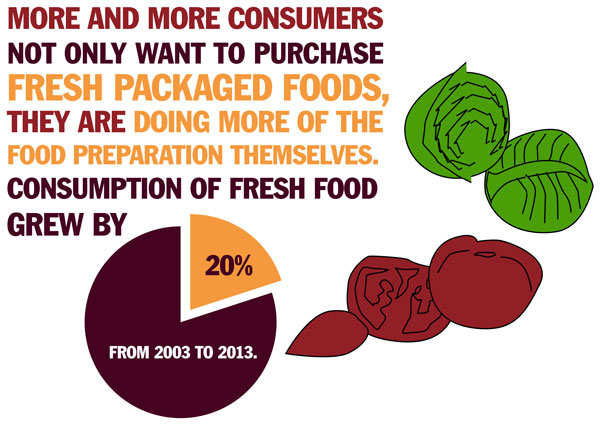 Agribusiness is adapting and investing to meet consumer preference and market demand as well, especially when it comes to poultry. 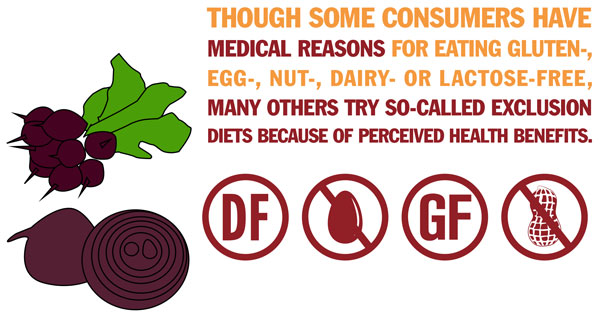 The US Food and Drug Administration has gotten into the act, recently telling food producers they need to phase out all artificial trans fats, like partially hydrogenated oils, which are sometimes added to foods in order to improve texture, flavor and shelf life. Companies have three years to phase out the additive. This past year, restaurants like Panera, Taco Bell and Pizza Hut joined the chorus of companies excluding artificial colors, flavors and other additives to their food selections. Nestlé USA will remove artificial flavors and lower sodium in many of its frozen pizza and snack foods. The company is also adding a gluten-free pizza line and will change the portion size and calorie content of the snack food Hot Pockets.

Though General Mills has made substantial investments in the gluten-free market, including rolling out a gluten free version of Cheerios this year, the company also expanded in the healthy foods sector through acquisition. Last September, General Mills purchased Annie’s Inc., one of the leading US producers of branded organic and natural food products, for $820 million. General Mills’ portfolio of natural and organic products includes Cascadian Farm, Muir Glen, Lärabar and Food Should Taste Good. “This acquisition will significantly expand our presence in the US branded organic and natural products industry where sales have been growing at a 12 percent compound rate over the last 10 years,” said Jeff Harmening, executive vice president and COO of General Mills, US Retail. 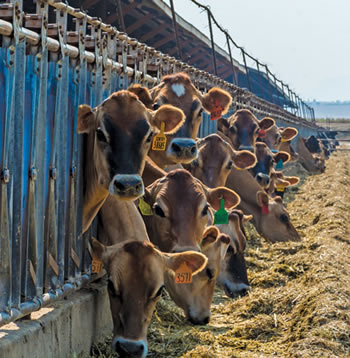 “Consumer preferences for health and wellness, value and convenience are likely to have the biggest impact on new product offerings in the next 12 months.”
— Food & Beverage Industry Economic Outlook Survey, GE Capital
Photo by Heather Overman

Hormel Foods recently acquired Applegate Farms, the natural and organic meat company located in Bridgewater, N.J., for $775 million. “It was my mission to change the way we think about meat — how it’s raised and produced — and this agreement is definitely a continuation of that mission,” said Applegate founder and CEO Stephen McDonnell.

“We believe this commitment to the environment and community is what good business practices are all about,” said George Todd, Kalsec’s CEO. “This project will not only contribute to our bottom line, it will create jobs in the community and reduce our annual carbon footprint by 150 tons.”

The Tesla battery reduces energy costs by storing electricity at off-peak use times, then drawing from it during peak periods.

Estimated electric utility cost savings are expected to be more than $100,000 annually, a fairly minor savings, but one the company hopes to multiply by installing the technology at other plants around the world.