All politics aside, it’s workforce and training that continues to cinch deals. 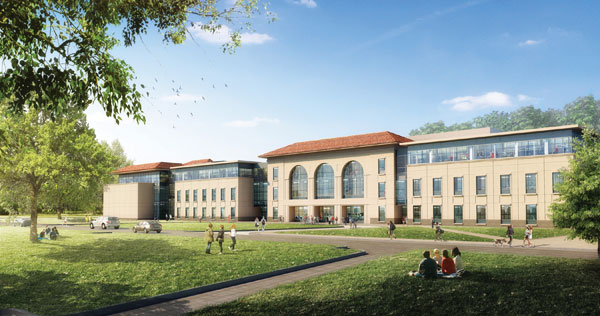 IBM continues to build on the groundbreaking workforce and higher education partnerships behind its new services center in Baton Rouge, with Louisiana State University leading the way with a new engineering complex (rendering above).
by ADAM BRUNS

On the brink of its National Service Center grand opening June 22 in Baton Rouge, IBM cancelled the ribbon cutting. The move came in protest of Gov. Bobby Jindal’s May 19 executive order mirroring the language of the “Marriage and Conscience Act” voted down by Louisiana legislators hours before. The executive order, like other measures under discussion over the past year around the country, allows businesses to refuse to serve certain individuals (namely the LGBT community) on the basis of religious freedom.

The cancellation came on the heels of announcing in February that another 400 IBM jobs in Louisiana were coming to a new service center in Monroe. IBM expressed its concerns about the original bill in April in a letter from its senior state executive for Louisiana James Driesse to Jindal and state legislative leaders:

“We are deeply concerned by reports that you intend to support this legislation,” Driesse wrote. “IBM has made significant investment in Louisiana including most recently a technology services delivery center in Baton Rouge, creating new jobs for Louisiana workers. We located the center in Baton Rouge because we believe Louisiana has great talent and would continue to be a rich source of such talent. However a bill that protects discrimination based on same-sex marriage status will create a hostile environment for our current and prospective employees, and is antithetical to our company’s values. IBM will find it much harder to attract talent to Louisiana if this bill is passed and enacted into law.”

The letter can be found on the IBM Government and Regulatory Affairs website, at ibmpolicy.com, which offers a state-by-state breakdown of elected officials and IBM corporate facilities. On June 23, the Louisiana page still read, “There are no facilities in your state.” (On July 23, when this Web edition was posted, it still read the same. — Ed.)

CenturyLink in March opened a new LEED-Gold technology center of excellence in Monroe, adding 800 new jobs. The IBM partnership and service center was brought about in part to support CenturyLink’s growth and HQ impact in the region.

To support the IBM project in Monroe, the State of Louisiana will provide $4.5 million over 10 years for expanded higher-education programs designed primarily to increase the number of annual computer science graduates in Northeast Louisiana. The University of Louisiana at Monroe will expand its computer science and computer information systems programs while Louisiana Tech and Grambling State University in Ruston will expand their tech programs in areas such as cyber-engineering and data analytics. 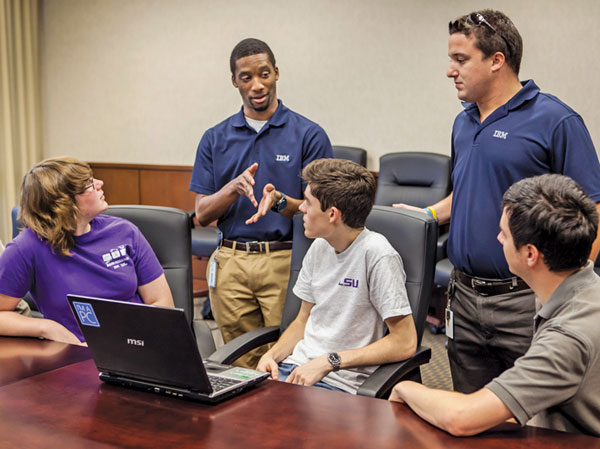 Higher education looked to be taking it on the chin in the latest state budget battle, as the state faced a projected $1.6-billion deficit and Gov. Jindal held to the “no new taxes” pledge he signed in 2003. The workaround is the SAVE Act, which assigns a $1,500 fee per higher-education student, but allows for a tax credit to offset that fee.

The Louisiana Board of Regents expects to receive $350 million from the program. Among other facets, some of the funds will go towards the Louisiana Community and Technical College System (LCTCS), which plans to see enrollment double to 40,000 by 2020.

Steven Grissom was appointed secretary of Louisiana Economic Development by Gov. Jindal in May, after having served as deputy secretary at LED since 2008. He began his tenure as the budgetary axe was wielded, economic development incentive programs were under scrutiny and a dozen measures were under consideration to raise taxes in one form or another.

Asked in an interview which measures he was focused on, Grissom redirected the question to the successful reforms, transparency measures and workforce development programs the Jindal administration has put forward over the past seven years. “We phased out a number of unorthodox taxes — we have one of the lowest tax burdens in the country, complemented by one of the best business climates,” he says. 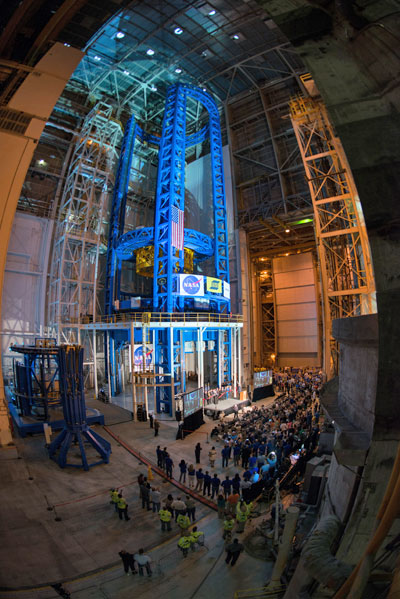 In September 2014, the largest spacecraft welding tool in the world, the Vertical Assembly Center, officially opened for business at NASA’s Michoud Assembly Facility in New Orleans.
Photo courtesy of NASA

One new program is Louisiana Job Connection, an LED-developed online recruitment site introduced last year that immediately attracted more than 1,600 employers advertising more than 2,100 positions, attracting the attention of more than 42,000 registered job seekers. Grissom says it will be an effective tool for boom territories such as Southwest Louisiana, where billions of dollars in energy investments continue to unfold.

Brighter Avenues to the Future

Louisiana’s K-12 system has been undergoing its own evolution, attaining a new high in high school graduation rates at 74.6 percent, a nearly 10-percent jump in less than a decade. The state’s education department also announced a record high number of public high school graduates matriculating to college — 22,972 in 2014. Since 2011, that number has increased by 3,146 students, or 16 percent.

“We believe we have an increasingly good and compelling story regarding K-12 education,” Grissom says, including 134 charter schools home to more than 70,000 students. “The combination of school choice and accountability is particularly attractive,” he says.

A new facet of the charter program is a new law permitting companies to donate land or capital for a building or renovation to a charter school. If a company agrees to provide ongoing support, it can become a corporate sponsor of the school, and in exchange access up to 50 percent of the school’s maximum enrollment as seats for children of permanent employees.

“We’re in discussions with a number of companies that have indicated interest,” Grissom says, “and we look forward to more traction with this program.”