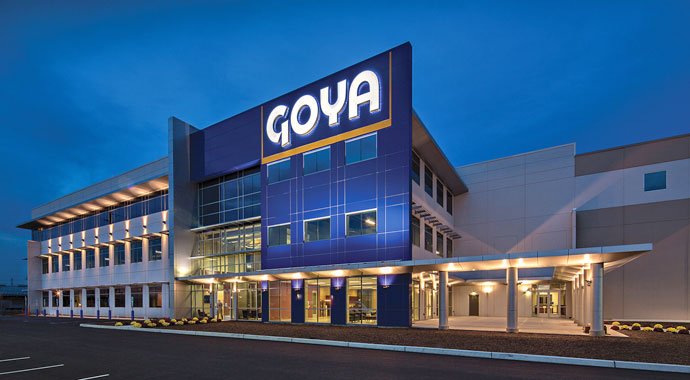 Corporate head offices are changing locations at an unprecedented pace, and increasingly they are making their way to transit-oriented communities in New Jersey.

The April 29 opening of the Goya Foods corporate headquarters in Jersey City is the latest example of this sudden surge in corporate mobility, but it is not likely to be the last, says John Boyd, founder and president of The Boyd Company Inc., a Princeton-based site selection consulting firm that specializes in headquarters location searches.

“The Choose New Jersey [economic development] organization is astutely capitalizing on a national trend of unprecedented corporate headquarters mobility,” Boyd says. “Historically off the table in most corporate reorganizations, the head office is in play for relocation like never before.”

Boyd adds that “on the international stage, New Jersey is especially well-positioned to capitalize on the trend of offshore firms establishing head office operations in a location where foreign nationals feel very much at home. The North Jersey/New York metro area market fits that bill very well. It is home to a major international gateway airport in Newark, world-class universities, a well-developed public transit system and access to world-class cultural and lifestyle amenities associated with New York City.”

Among those global companies that have recently expanded or selected new homes in New Jersey are Panasonic of Japan, Haier of China, Volvo of Sweden, Pearson Publishing of the UK, DB Schenker of Germany, and Novo Nordisk of Denmark.

The Goya Foods corporate relocation, even though it is moving from Secaucus to Jersey City within the state, is significant because, as Boyd notes, the largest Hispanic-owned food company in the US could have chosen to go anywhere.

“Goya could have very well moved to Texas, Florida or California, where it has invested heavily as of late, but it decided to remain in New Jersey,” he says. “Given the high-growth nature of the Hispanic market in the US, the Goya project was highly coveted by economic development interests in Houston, Los Angeles and Miami.”

A recalibrated incentive program helped seal the Goya deal in New Jersey, but other factors came into play as well, according to the company’s senior management.

“We considered other parts of New Jersey, as well as in New York and Rockland County,” Bob Unanue, president of Goya Foods, tells Site Selection. “New Jersey provides a fertile location for our business to thrive. It is centrally located and provides easy access to our customers in the tri-state area.”

Unanue adds that “being in New Jersey provides access to a talented and dedicated workforce. It is a central location that provides opportunity to work for people throughout the tri-state area who can fulfill positions in a variety of areas of expertise including IT, sales, production, warehouse, trucking, etc.” 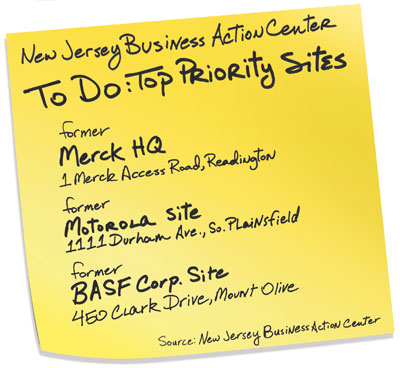 “It is the culmination of almost 80 years of hard work and part of a 10-year strategic plan, designed to reach new consumers and strengthen the Goya brand worldwide,” Unanue says of the HQ, which will be 100-percent powered by solar energy.

Goya operates 26 plants throughout the US, Puerto Rico, Dominican Republic and Spain. In 2014, Goya opened three new plants in California, Georgia and Texas. Over the past decade, Goya has invested $500 million into plant expansions.

In the wake of losing Hertz and Mercedes to other states, the New Jersey Business Action Center recently launched a concerted initiative to market former headquarters properties around the state — about 60 in total — for adaptable re-use.

“The New Jersey BAC is spot on with its strategy of adaptive re-use,” consultant Boyd says, noting that the heaviest concentration of surplus suburban corporate office space is in New Jersey. A success story in this area is Novo Nordisk, the global healthcare company that is redeveloping the 770,000-sq.-ft. former Merrill Lynch site in Princeton, built in the 1980s.

Also under redevelopment is the former Bell Laboratories headquarters in Holmdel. The 1.9-million-sq.-ft. edifice designed by Eero Saarinen on 472 acres has sat empty since 2007. Lakewood, N.J.-based developer and new urbanist Ralph Zucker is now redeveloping the site for mixed-use.

“Our advice to the New Jersey BAC and groups like Choose New Jersey would be to vigorously pursue adaptive re-use, green design, walkability as well as transit access where possible,” Boyd says. “They need to actively court developers like Brooklyn-born Stu Lichter or Ralph Zucker that have proven track records and the wherewithal for successful adaptive re-use of the state’s vast inventory of obsolete suburban office space. The state’s Economic Opportunity Act provides incentives to do just that.”

The bill provides new financial incentives for the redevelopment of vacant, large commercial buildings that have been vacant for at least one year.