A retooled approach to business development and renewed investment into infrastructure are winning corporate facility projects in Oklahoma. 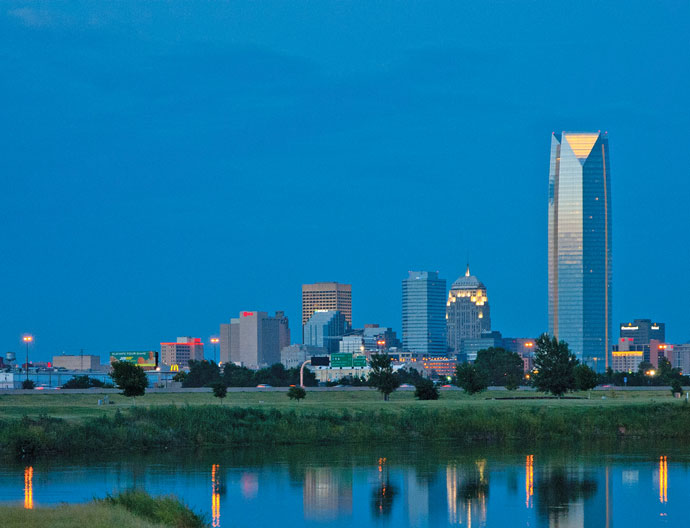 Developing talent, rebuilding infrastructure and attracting foreign dollars will yield the biggest returns on investment for Oklahoma in the future, says Deby Snodgrass.

As secretary of commerce for a state that battles head-to-head with Texas every day for jobs and industry, Snodgrass knows that the bar has been raised in the highly competitive arena of economic development.

“Roughly 1,000 people move to Texas every day, and while that may be good for business, it’s creating serious infrastructure issues, particularly when it comes to demand on their electric grid,” she says.

As more people choose to relocate to Texas and nearby South Central states in pursuit of better career opportunities, a lower cost of living and an improved quality of life for themselves and their families, the equivalent of a new Land Rush has emerged.

Only this time, the stakes are even higher. When the first land run shot through the plains of Oklahoma at high noon on April 22, 1889, an estimated 50,000 “Sooners” competed for their piece of some 2 million acres of available land. In less than 24 hours, the towns of Oklahoma City and Guthrie each had more than 10,000 inhabitants.

Today, a premium is being placed on infrastructure to accommodate the needs of incoming workers and families, many of whom were attracted to the region by the promise of oil-and-gas-fueled fortunes.

“Infrastructure investment is vital for competitiveness, and we value companies that invest in their infrastructure like BNSF and UP railroads,” says Snodgrass. “The investments these companies have made recently and are making in the future guarantee market access to Oklahoma companies.”

The commerce secretary notes that since 2011, “Oklahoma has invested over $1.6 billion to address the state’s infrastructure issues. We have reduced the number of structurally deficient bridges in the state from more than 1,100 to only 390. By 2019, that number will be down to zero.”

Oklahoma is also investing in its information technology infrastructure, Snodgrass adds. “Oklahoma has invested in laying 1,050 miles of fiber-optic cable with the Oklahoma Broadband Initiative,” she says. “Again, we value private company investment in infrastructure and encourage companies like AT&T to invest in Oklahoma fiber.”

From Google to Hobby Lobby

Investments like these have already paid off. At MidAmerica Industrial Park just west of Tulsa, Google continues to invest into a data center complex that to date has totaled nearly $1 billion in construction and property acquisition.

“They first purchased a parcel and a building back in 2007,” says Ted Allison, director of economic development for MAIP. “Google has been in construction mode for several years. They have purchased additional property, and they continue to grow their real estate holdings in the park. It is the largest project in the region.”

Orchid Paper Products recently invested significantly into new equipment to facilitate a sizable expansion in production at its plant in MAIP, notes Allison. “What’s driving all of this expansion activity is workforce,” he says. “We have two technical training providers here in the park. Rogers State University has a new facility here, and Northeast Technical Centers provide training to workers in the park as well.”

Next up is completion of the MidAmerica Career Center in the fall of 2016. The $10-million, 115,000-sq.-ft. (10,684-sq.-m.) facility will provide a one-stop portal for worker training in the park and enable MAIP to deliver best-in-class STEM training to employees, Allison says. 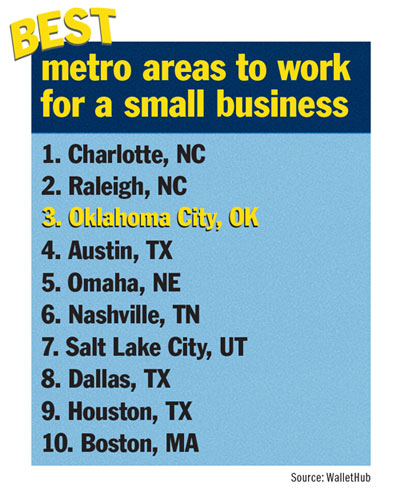 “We recently conducted a SWOT analysis that showed that 100 jobs were available on any given day in the park,” he adds. “Not just here, but everywhere there is an emerging crisis called the skills gap.”

Oklahoma plans to meet that crisis head-on, says Snodgrass. “Over the next 10 years, the most important corporate resource will be talent,” she says. “We are working with the governor, higher education, CareerTech and other partners to increase educational attainment in order to provide Oklahomans with greater opportunities and to ensure that Oklahoma’s businesses have the skilled, educated workforce they need in order to succeed and grow.”

One company that has tapped into that resource heavily is Hobby Lobby, which is finalizing the expansion of its corporate headquarters space and associated warehouse properties in Oklahoma City.

“One of the constants throughout our 45 years of growth has been our outstanding employees,” says Scott Nelson, assistant vice president for real estate for the home décor and crafts superstore chain. “Our goal is to serve the needs of our customers at the highest level, and that quality is prevalent in all of our employees in Oklahoma and across the country.”

At the Oklahoma City headquarters, Nelson notes that “we will probably not add any new buildings in the immediate future, but we will add additional space as the needs arise.” 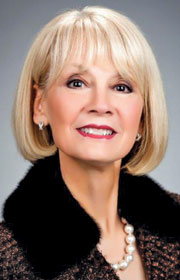 “The foundation of our business has been and will continue to be strong values based on biblical principles, including integrity, service to others and giving back to those in need,” Nelson says. “These are traits shared by many of the people in Oklahoma City who live their lives by similar principles.”

Snodgrass says that the culture of Oklahoma is something that is very difficult to replicate elsewhere. The state plans to use its unique culture as a selling point to investors from other nations. “Since 2009, Oklahoma’s exports have grown by 40 percent, reaching nearly $6.3 billion in 2014,” she notes. “The Oklahoma Department of Commerce has trade offices strategically placed in Israel, Mexico and China.”

In addition to helping Oklahoma companies looking to sell their products and services in the global marketplace, the offices also promote foreign direct investment in Oklahoma. In 2014, companies based in the UK, Germany, Canada and Switzerland either established or expanded operations in the state.