Cambodia’s Minister of Commerce moves fast with reforms so that new FDI will move faster to his homeland. 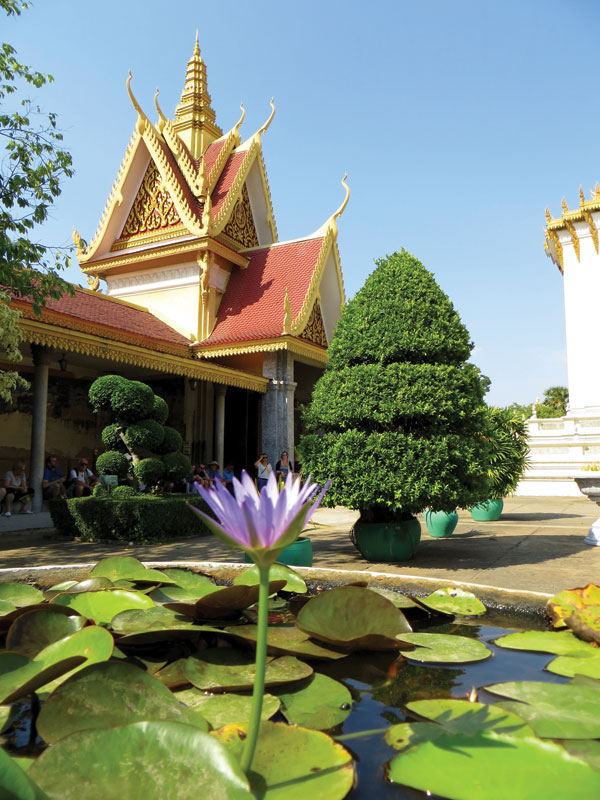 When you think of business opportunity in Southeast Asia, does Cambodia spring to mind?

With the advent of the ASEAN Economic Community in December this year, maybe it should. While the “Doing Business 2015” rankings from the World Bank still rank the country low in ease of doing business (No. 135 of 189 countries), it’s a place where GDP growth averaged nearly 8 percent from 1995 to 2012 and per-capita income rose from $248 to $878 during that same period (it reached $1,036 in 2013).

Moreover, it’s home to a population of 15 million that’s trending out of poverty and toward young and ambitious, with a median age of 24.1.

This spring, for the second time in a year, Cambodian Minister of Commerce His Excellency Chanthol Sun, a Wharton- and Harvard-educated former GE executive, was in the United States on a trade mission. Since his appointment in 2013, he’s spearheaded a comprehensive series of reforms aimed at rooting out corruption and cultivating foreign direct investment.

“Cambodians are now my shareholders,” Sun said last year. “I work for them.”

“Cambodia is quickly evolving from a country where investment policies did not align with implementation to a country where foreign investors can quickly take advantage of one of the most liberal investment environments in Asia,” says John Evans, managing director of Tractus Asia Ltd., the Asia-based foreign direct investment advisory. He has served for the past two years in a pro-bono role as an advisor to Minister of Commerce Sun.

Minister Sun found time while in Atlanta for a conversation with Site Selection.

“I understand the mindset of the business community,” Sun says. In his efforts to make the government leaner, he is still in the midst of improving company registration and certificate-of-origin processes, as well as the very long construction permitting process.

“The system we want to put in place will allow you to do registration of a company online, and it will take 60 minutes to get a company incorporated in Cambodia,” he says. 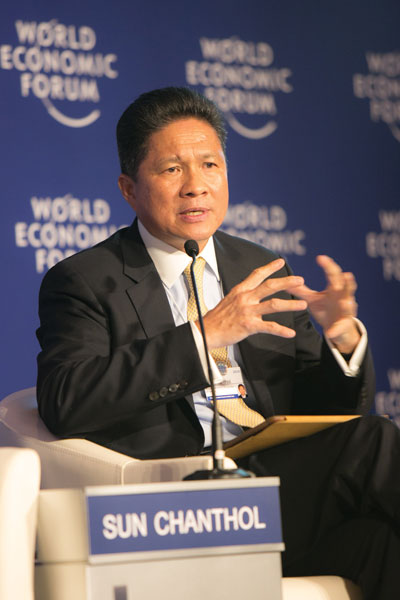 In Atlanta, the Cambodia delegation met with UPS, Home Depot and Coca-Cola, which just committed in November to invest $100 million in a new plant in Phnom Penh that will add 300 jobs to the existing payroll of 650. Other recent investments in the country have come from Tiffany (a jewelry manufacturing facility), NHK Spring in Poipet, and Japanese firms DENSO, Nidec and Minebea, which moved its micro-motor manufacturing operation from neighboring Thailand to the Phnom Penh Special Economic Zone, one of 11 operating SEZs in the country (33 SEZs in total are approved).

Unlike the US, which is just now getting used to Chinese FDI, Cambodia has welcomed nearly $10 billion of FDI from China over the past 20 years.

“We compete with Vietnam, Laos, Thailand and Myanmar,” said Sun. “Overall Myanmar would be our main competitor because of their low-level costs.”

Cambodia’s exports continue to be led by the garment and textile sectors, as well as agriculture (rice) and bicycles. Trade with the EU is ameliorated by the EU’s “Everything but Arms” (EBA) arrangement for least developed countries, which grants duty-free, quota-free access to all products, except for arms and ammunitions. The ASEAN Economic Community’s debut in December will allow workers in eight sectors to move freely within ASEAN.

The infrastructure push is also on in Cambodia, from port, road, rail, airport and broadband upgrades to the soft infrastructure of legal, healthcare and business services. And more hydropower plants are arriving.

“Today we don’t have enough, and we buy from Thailand and other countries,” says Sun of the power situation. “Three years from now we’ll have more than enough.”

Having enough skilled workers is a challenge Cambodia shares with much of the rest of the world.

“We produce an MBA, Ph.D. or accountant, and investors say, ‘Give me electricians, carpenters and machine operators,’ ” Sun says of the country’s higher education institutions. “So now we’re pushing them in that direction so we can produce enough skilled labor force to supply the investor.”

A related issue — the mobile Southeast Asian workforce — is unique to the region.

Does that migrant workforce’s repatriated income via payments sent back home make up for some of that? Hardly.

Asked to compare today to the period of his first government appointment 20 years ago, Sun smiles.

“In 1994, the country had no traffic lights,” he says. “You could probably sleep on the street and no car would hit you. Today it’s congested. In 1994, you’d hear guns, AK-47s, every night. Today, not a single one. In 1994 there were blackouts and brownouts, and it was noisy because of all the generators. You don’t hear generators anymore. There were no high-rises in 1994, and now you see a lot. And there were no mobile phones then — today it seems like each person has two.”

Sun wants all those phone users to be talking about new opportunities at home, not new avenues elsewhere. He thinks prospective investors and the curious will sense that enthusiasm.

“People fall in love with the country,” he says. “They feel the spirit. They can hear Cambodians saying, ‘We have suffered long enough. Please come and help us grow.’”