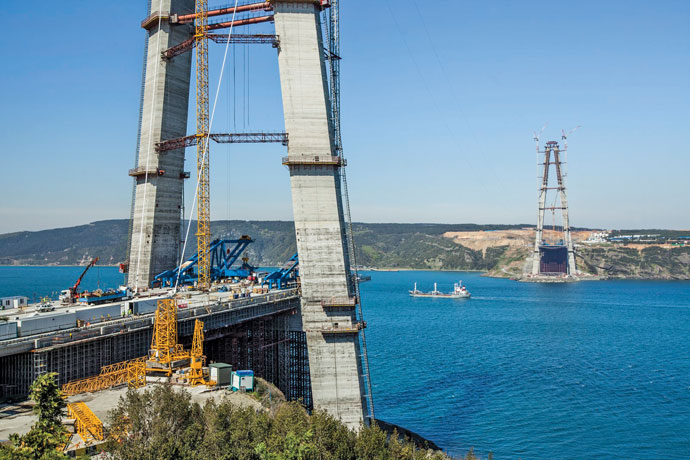 When one of your country’s biggest automotive employers exports not only $3.5 billion of vehicles but also more than $50 million of engineering services a year, you know you’re doing something right when it comes to cultivating knowledge.

Such is the case with Ford Otosan, the JV established by Turkey’s Koç Holding and Ford Motor Co. 54 years ago. In April the 10,000-employee company opened a new $26-million R&D center in Istanbul. Employment is expected to grow from 1,200 to 1,450 by the end of 2015 at what will be Turkey’s largest single-site R&D center.

“R&D is very important to the Koç Group, and the Ford Otosan Sancaktepe R&D Center is a prime example of our belief in the potential of our people to innovate and create new products,” said Ali Y. Koç, Koç Holding board member and chairman of Ford Otosan.

“Ford Otosan is an integral part of Ford’s One Ford global product development team, and the engineers from Turkish engineering schools working at Ford Otosan in this new facility are among the best-educated and most proficient in the world,” said Barb Samardzich, vice president and COO, Ford of Europe.

The infrastructure framework in Turkey aim to support innovation from the government perspective as well as Ford and Koç have done from the private sector. The new president of the Investment Support and Promotion Agency of Turkey (ISPAT), Arda Ermut, will help make that happen.

He was present at the opening in March 2015 of 3M’s new Customer Innovation Center in Istanbul, calling it “an important milestone in 3M’s history.” That sentiment was ehoed by 3M Vice President of Central and Eastern Europe Giuseppe Castaldi. “With its strong economy, dynamic domestic market, and enormous potential, Turkey is of great importance to 3M,” he said.

Attracting operations like 3M’s is of great importance to Turkey, as it seeks to become one of the world’s top 10 economies and to attain $500 million in exports by its centennial year of 2023. 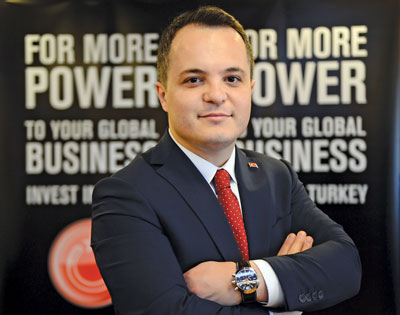 ISPAT President Ermut notes that 44 Technology Development Zones are currently in operation, with another 15 under construction.

“Today, more than 3,200 companies are developing projects in the TDZs,” he says. “Although software developing companies are the backbone of Turkey’s TDZs, sector-specific sites are also in the pipeline. Technopark Istanbul, focusing on defense technologies among other high-tech branches, is a good example. Future TDZs may also be focusing on medical devices, pharmaceuticals and other particular areas.”

Software development and R&D activities in TDZs are exempt from corporate and personnel income taxes, as well as value-added tax for the sale of software produced exclusively in TDZs. A 50-percent reduction in the employer’s share of social security premium is also available in TDZs.

The Turkish R&D Law offers exclusive incentives, valid until the end of 2023, for R&D investment projects, provided that a minimum of 30 personnel are employed in an R&D center. One of them is a 100-percent deduction of R&D expenditure from the tax base. If the number of researchers exceeds 500, then in addition to the 100-percent deduction, half of the R&D expenditure increase incurred in the operational year compared to the previous year will also be deducted. R&D projects also are eligible for grants from the Scientific and Technological Research Council of Turkey (TUBITAK).

In Turkey today, more than 32,000 professionals are employed in corporate R&D centers, working for such names as Ericsson, Huawei and Vodafone Group. If you see a trend there, it’s not an illusion: As part of its 2023 targets, Turkey aims to increase the ICT sector’s share in GDP to 8 percent and become one of the top 10 countries in e-transformation.

Among Turkey’s other centennial goals? Increase R&D expenditure to 3 percent of GDP. Grow to at least 100 active TDZs filled by 10,000 companies. And increase annual TDZ exports to $10 billion from the current $1.2 billion.

President Ermut is known for his expertise in public-private partnerships, and notes that Turkey was one of the first countries to implement its own PPP legislation. Law No. 3996 was enacted in 1994 for various fields such as transportation, energy, and water supply and treatment.

“In the 1990s, few countries were using PPPs to complete projects, with Turkey and the UK amongst the first ones,” he says. “The expertise gained from long-term experience is self-evident — both Turkey and the UK lead Europe in PPP projects in terms of the number of projects under construction.”


A total of $22.6 billion worth of PPP projects have been realized in Turkey’s road, port, airport and marina sectors.

A total of $22.6 billion worth of PPP projects have been realized so far in the road, port, airport and marina sectors, including airports in Istanbul, Ankara and Izmir and 19 ports now in operation. “There will be ample opportunities in the future for these sectors due to the existing projects in the pipeline,” says Ermut. Among other highlights:

“All of these have been done thanks to a determined nation and a stable government,” says Ermut. “It must be pointed out that almost all the large infrastructure projects have been realized with the PPP model, which will create lucrative opportunities for the private sector as well.”