Utah Builds Its Workforce Better than Most 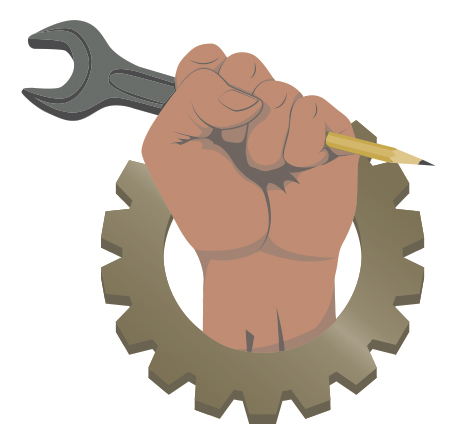 arine Clark is a rock star. No, I’m not talking about her phenomenal success as President and CEO of MaritzCX, a technology solutions firm with more than 2,000 employees worldwide. I mean she’s an actual rock star. The night before our meeting in her ultra-sleek office in South Jordan, a suburb of Salt Lake City, she and her band, ManageThis, had been playing a live gig in Vegas.

That’s pretty cool, and it should tell you a lot about the force of nature that is Carine Clark. I liked her immediately, and my respect for her only grew as, in full CEO mode, she regaled me with tales of how she attracts and retains top talent in an ultra-competitive field. Being based in Utah, she confides, is her secret weapon. “CEOs from other tech firms around the country tell me they’re waging a war for top talent. What war? I haven’t seen it. Utah must be winning.”

When her company, Allegiance Software, was acquired by St. Louis-based Maritz last year, the parent company wanted to relocate their global headquarters to Missouri. Clark balked at the idea and convinced Maritz that leaving their operations in Utah would make the new company far more successful. The bold CEO bombarded the new owners with a host of reasons to support her position, reasons she is happy to share with anyone who asks.

“This area is a tech hub almost unmatched anywhere in the world. I’m surrounded by universities and don’t spend a penny on executive recruiting because everyone wants to be here,” she says. “My peers complain about a lack of access to technology engineers and talent. Here I can grow my own top-flight talent through the extraordinary local schools and training programs. 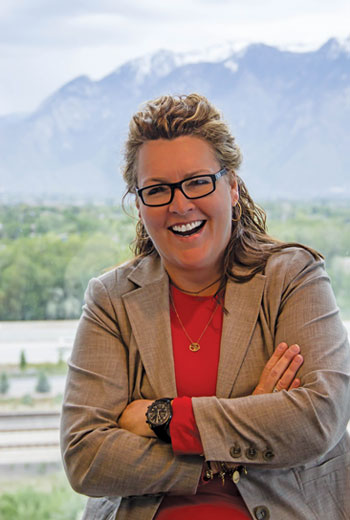 “I’m super proud of what we’ve got going on here,” Carine says. She swears she doesn’t “want my competitors to find out” but she can’t stop talking about all the competitive advantages her business and other Utah businesses enjoy. “I’m surrounded by world-class universities here. We help these kids and graduates visit their future, and they recognize that it’ll be a better one in Utah.”

Maybe it’s because Utah is the youngest state in the U.S. (median age: 29.9), but every bright, young eye in the state seems to be looking toward the future. Job growth in Utah is projected to be 2.8 percent annually through 2020, compared to 1.3 percent for the rest of the United States. Add to this the fact that Utah enjoys the nation’s highest birth rate, and third fastest growing population — a perfect storm for success that’s unlikely to change anytime soon. Companies looking for long-term investments take great comfort in the knowledge that Utah will have a strong workforce long into the future.

An interesting aside is that Utah is not only looking into the future but also over the horizon: Utah’s workforce is one of the most multi-lingual in the country, speaking 130 languages in daily commerce. Utah is home to a large number of total immersion elementary school language programs in French, German, Spanish and Portuguese and has the largest number of Mandarin immersion schools in the country. The young people of Utah plan to play out their future on a global stage. 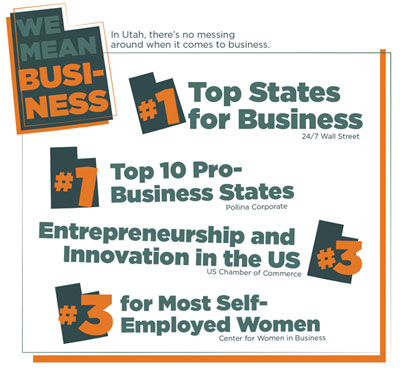 On the level of higher education, Utah is also home to three renowned research universities, both public and private, as well as a number of public and private colleges. Their campuses are the beating hearts of the Utah Engineering and Computer Science Initiative, established in 2001 to ensure an annually increasing number of students graduating from engineering, computer science, and related technology programs. The Legislature has allocated nearly $12 million to this initiative since its inception to make sure the beat goes on.

Utah topped the charts in the U.S. Chamber of Commerce’s Enterprising States 2014 report as the overall best-performing state for the second year in a row, and the only state in the top 10 in all metrics reviewed. Citing the state’s robust mixture of industries, with IT and technology as top-performing sectors, the report noted that employment in software development in Utah is more than 2.5 times higher than the national average. During the ﬁve-year period from 2008 to 2012, Utah software development employment grew by 21 percent, compared with national growth in the sector of 9 percent. 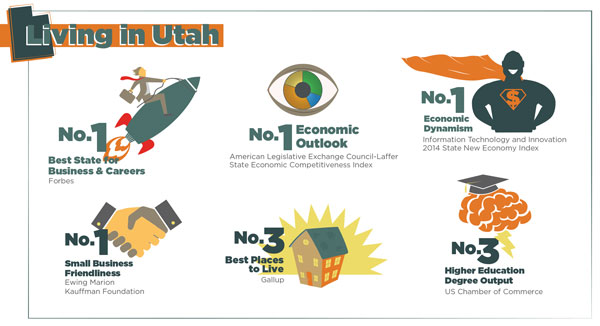 “Utah’s ‘balanced approach’ to pursuing suitable policies and its industrial diversity have contributed to the state’s strong economy,” wrote John McKernan, president of the U.S. Chamber of Commerce Foundation.

The report predicts that the U.S. as a whole will fall short of demand by as many as 5 million workers for jobs requiring postsecondary education, but Utah will buck the trend. Citing the business-led Prosperity 2020, a multi-year statewide movement to increase the number of Utahns with postsecondary certiﬁcates or degrees as evidence, the report lauded state legislators for dedicating $30 million in one-time funds in 2013 and $1.5 million in ongoing funds to establish a STEM Action Center within the Utah Governor’s Office of Economic Development (GOED).

Hart circles back to the future: “The coming workforce development storm will swallow up states who haven’t addressed the need to develop lower- and median-wage along with highly skilled workers,” Hart predicts. “Utah is way ahead of the game — we’re proactively and successfully addressing comprehensive workforce problems, not just particular subsets. We’re producing some of the most dynamic workers in the country, across the full spectrum of industry needs, from tech workers to senior engineers.

“We’re developing the workforce of tomorrow, while ensuring that we don’t forget the incumbent worker.”

Hart sings the praises of Utah’s accomplishments and the programs they’ve put in place to ensure they’re producing the workforce so vital to the companies of tomorrow. With operatic drama, Hart intones, “What we’re doing here will change the national conversation on K-12 workforce development.”

A dramatic refrain to be sure, but after spending time listening to him, it’s one that’s easy to believe. Want him to convince you himself? Call him — he’d love to make you a fan.

Spend a few days in Utah and, aside the usual crush one develops on the stunning landscape and lifestyle of the place, it begins to dawn on you that everyone around this state can’t wait to tell you what’s so incredible about it. I’ve visited every state in this great nation and don’t think I’ve ever before encountered such overwhelming pride in each and every person I met, be they natives or transplants. 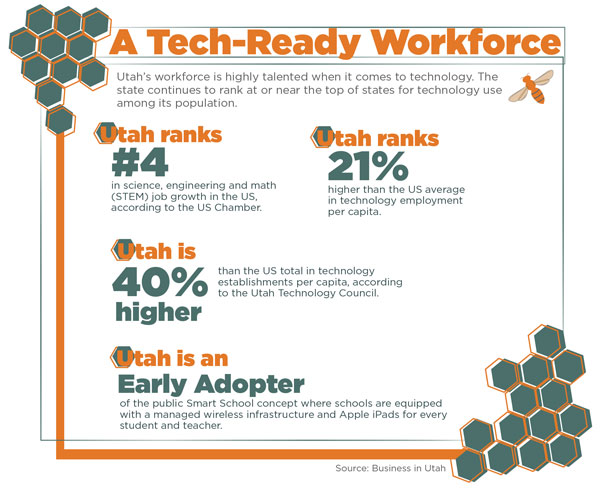 Count among them Dr. Richard B. Brown, dean of the University of Utah’s College of Engineering.

Dean Brown is a transplant himself. With un-academic abandon, he joins in the chorus about his adopted state, and the relationship he has with local and state legislators. He talks with smiling enthusiasm about the support he receives from elected officials and the business community in ensuring that Utah is churning out the most talented and work-ready graduates in the country.

“There’s a research university at the center of every fast-growing American economy, and I happen to believe ours is the best,” Dean Brown says. “Adobe agrees — they built a massive facility here because they love our graduates. It’s their third-biggest facility in the world, and they’ve left themselves the capacity to double the size of it.”

While other states languished through a crushing recession, Dean Brown points out that Utah’s state GDP grew by 75 percent over the last decade. 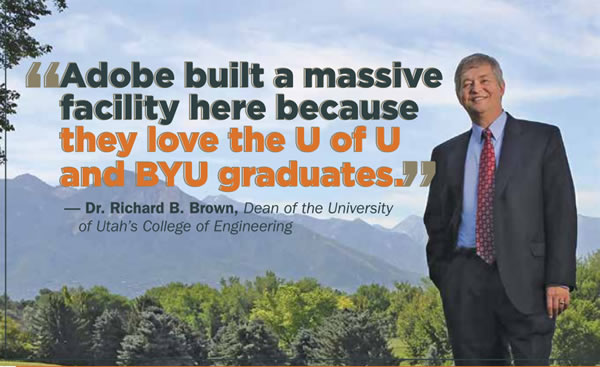 Photo courtesy of University of Utah, College of Engineering

“We’re only able to achieve this growth because the companies, the universities and the legislature work hand-in-hand to create a world-class business climate,” the Dean says. “And that’s the secret to Utah — people actually work together. It’s not cliché here. I’m on a first name basis with the governor because he gets that the state’s continued economic leadership will depend on our ability to keep turning out top engineers. We’re constantly increasing our budgets for higher education, not cutting them as you see so many other places around America these days. We’re in a good spot here.” 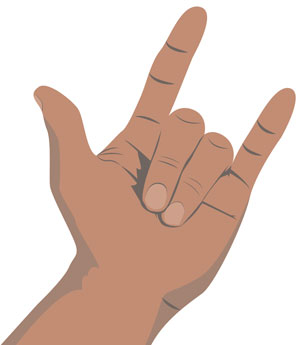 Spend a little time in Utah and you begin to understand how good that spot really is. It’s not something you can fully appreciate from the outside looking in. I had to come see for myself, to soak in this diverse and vibrant region, to hear all the united voices singing out of the same hymnal, to really understand how and why Utah is booming.

If you think Utah might be singing your company’s song too, come take a firsthand look into the state’s future for yourself.

This Investment Profile was prepared under the auspices of the Utah Governor’s Office of Economic Development. For more information, contact Michael O’Malley at momalley@utah.gov, or 801-538-8680. On the Web, go to business.utah.gov. 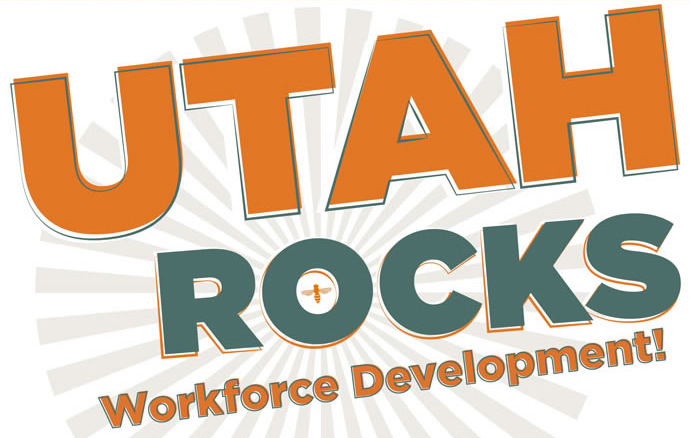