Tax credits, infrastructure projects and funding, and innovation top the news from the Golden State. 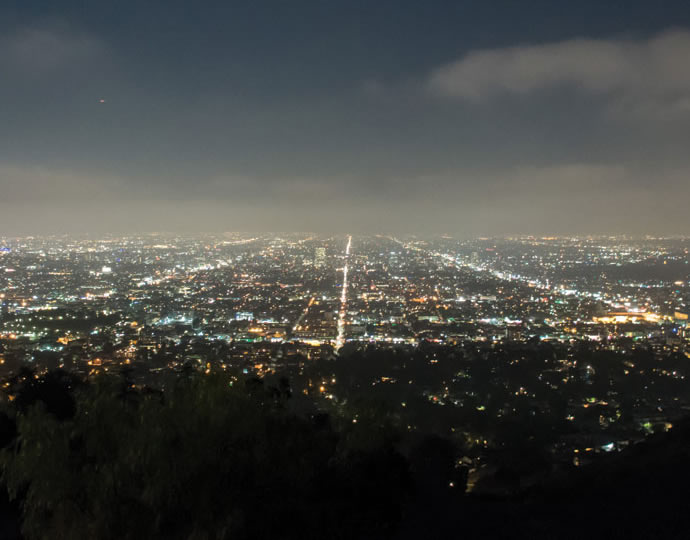 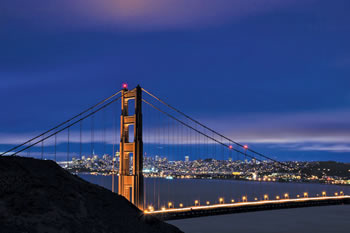 alifornia is a state of contrasts. It’s not just lush farmland versus arid desert, or glorious sunshine versus having to wear a sweatshirt to a baseball game in August. It’s the question of how a state can be a leader in innovation while having one of the least friendly business climates in the nation, according to the Tax Foundation, which ranked California 48th in its 2015 Business Climate rankings. It’s wondering how a government that cares so much about the environment that it bans single-use plastic bags, appears to care so little about business owners and companies contributing mightily to its tax base.

Granted, Governor Jerry Brown appears to have warmed up to the notion of expanding and strengthening tax credits to generate greater economic development. After years of being left in the dust by states with aggressive programs and large economic development war chests, California rolled out its own $750-million plan to attract and retain business in 2014. 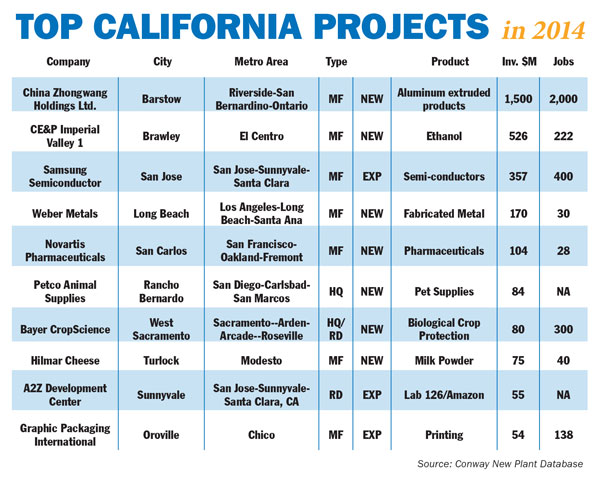 Additionally, the governor expanded tax credits from $100 million to $330 million, annually, to the state’s vital entertainment industry, much of which had fled to more tax-friendly locales. “Today, we remind the world that the Golden State is the home of the silver screen,” Brown said in a statement. “This bill helps thousands of Californians — from stage hands and set designers to electricians and delivery drivers.” 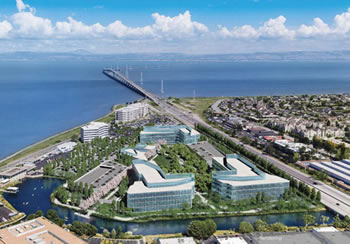 A rendering of Illumina’s campus that will be built in the Bay Area.
Photo courtesy of BioMed Realty Trust, Inc.

The various tax credits have had the effect of water on parched land. As of the first week of February 2015, a total of 253 applications with a combined tax credit request of $289 million had been received by the Governor’s Office of Business and Economic Development (GO-Biz). The incentives played a crucial role in the recent retention of Underground Elephant, a global marketing software and solutions company in downtown San Diego. In January, GO-Biz announced that the company will receive $165,000 in California Competes tax credits.

“Were it not for the outreach of GO-Biz, our team may have never applied for the tax credits at all, likely opting instead to further planning with Colorado,” said Jarrod M. Russell, director of public affairs for Underground Elephant. The company’s CEO, Jason Kulpa added, “In light of this clear signal from GO-Biz, I am confident that the State of California is committed to sustaining economic policies conducive to innovation and growth.”

“Today, we remind the world that the Golden State is the home of the silver screen.”
— California Gov. Jerry Brown

In 2014, projects large, medium and small chose to invest in California including:

In the Imperial Valley region, California Ethanol & Power (CE&P) announced that it received a $3.1-million income tax credit from the GO-Biz California Competes program. The tax credits are tied to job creation at a yet-to-be-built plant where sugarcane is converted to sustainable, low-carbon energy. The company expects to be in commercial operation by 2016 and is already growing sugarcane for the facility to process. 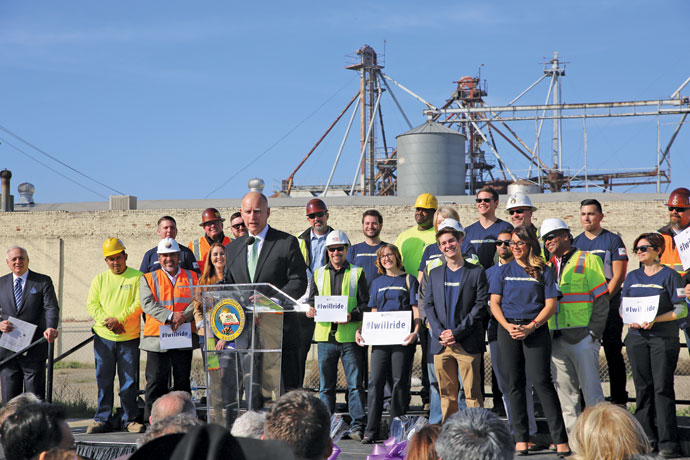 “CE&P is already actively working toward reaching our agreed upon milestones for the California Competes program of expanding our sugarcane acreage, improving our agricultural equipment and investing in the construction of our proposed new facility in Brawley,” said David Rubenstein, president and CEO of CE&P. “We estimate by our first year of operations CE&P will generate about 222 full-time equivalent jobs.” 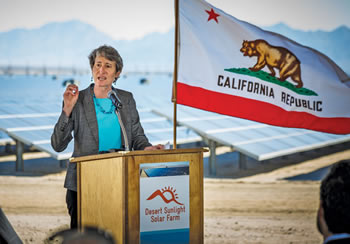 Low-carbon and renewable energy continues to be among California’s most robust fields of endeavor, driven in part by an amended renewable portfolio standard (RPS) that calls for California’s electric utilities to have 33 percent of their retail sales derived from eligible renewable energy resources by 2020. In February, US Secretary of the Interior Sally Jewell gathered with federal, state and local officials and energy industry leaders to commission the 550-megawatt (MW) Desert Sunlight Solar Farm, located in Desert Center, Riverside County, on approximately 3,600 acres of land managed by the US Bureau of Land Management. Development of the massive project began in 2008. First Solar permitted, constructed and is now operating the plant, which uses over 8 million First Solar modules. The power generated is being provided to Pacific Gas & Electric Company and Southern California Edison under long-term contracts.

“Solar projects like Desert Sunlight are helping create American jobs, develop domestic renewable energy and cut carbon pollution,” said Secretary Jewell. “I applaud the project proponents for their vision and entrepreneurial spirit to build this solar project, and commend Governor Brown for implementing policies that take action on climate change and help move our nation toward a renewable energy future.”

Macy’s Inc., will invest $10.5 million to retrofit and upgrade a 385,000-sq.-ft. (35,767-sq.-m.) fulfillment facility at Capital Commerce Center in Sacramento. The company intends to add the equivalent of 175 full time jobs. “This was a very competitive project with several out-of-state metro areas vying for these jobs and investment,” said Bob Dean, chairman of Sacramento’s Area Commerce and Trade Organization (SACTO).

In January, Australia’s largest olive grower and marketer of premium olive oils, Boundary Bend Olives, Inc., announced plans to establish its US Operations headquarters in Woodland, a city northwest of Sacramento. The company purchased 8.8 acres (3.5 hectares) of industrial property in June 2014, where it will construct an olive oil mill, bottling facilities, olive oil laboratory and offices. The site was chosen due to proximity to transportation infrastructure and the ability to move products throughout the West Coast and US market.

Baby You Can Drive My Car – And Keep It 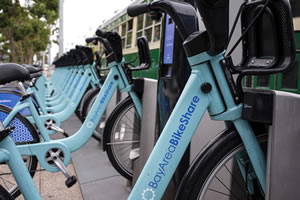 In 2007, 20.5 percent of households in San Francisco were car-free; by 2012 that number had grown to 31.4 percent, according to research from the University of Michigan Transportation Research Institute. These statistics are tied to a number of factors including the quality of local transit, the city’s walkability and income levels.

At the same time, the number of ride and bike sharing services has doubled in San Francisco. The Frontier Group and the US Public Interest Research Group rated the city second on their list of 70 cities where technological innovation is helping people get where they need to go without owning a car. Three California cities make the top 10: San Francisco (2nd), Los Angeles (tied for 4th) and San Diego (tied for 8th).

Online shopping giant Amazon began same-day delivery in selected markets in California last year. John H. Boyd, site selection professional and principal at The Boyd Company, says he expects the trend to continue. “Cities that can leverage the close-to-market trend of Amazon will do especially well,” he says. “I would point to the extended Bay Area, especially cities like Tracy, Patterson, Manteca, Modesto, Stockton and Riverbank.”

“The State of California is committed to sustaining economic policies conducive to innovation and growth.”
— Jason Kulpa, CEO, Underground Elephant

The sheer size of the state’s population and resources also work in California’s favor. Both factors can overcome a multitude of conflicting decisions, and that’s good news for a state that appears to grow both because and in spite of regulations it enacts.

First of Its Kind

California is known as an early adopter state, and now that extends to infrastructure as well as technology. Gov. Brown joined state political leaders on January 6, 2015, at the groundbreaking ceremony for the nation’s first high-speed rail project. “High-speed rail links us from the past to the future, from the south to Fresno and north; this is truly a California project bringing us together today,” he said at the ceremony.

Calling the project “an investment that will forever improve the way Californians commute, travel and live,” High Speed Rail Authority Board Chairman Dan Richard described this phase as a “period of sustained construction for the next five years” in the Central Valley region, and an additional 10 years beyond that. Work, technically, began in June 2014 when the first structures were demolished to begin construction.

The plan calls for high-speed trains running 220 miles per hour (354 kph.) between Los Angeles and San Francisco. It’s been a lengthy battle for supporters of the $68-billion project. Voters first approved the high-speed rail initiative in 2008. Since then the price tag has more than doubled and many obstacles remain. The state has only purchased 122 parcels of the 540 properties it needs to build the initial 29-mile (47-km.) stretch. The project is already years behind its original plans and strong opposition still exists from citizen groups and local municipalities.

Of even more pressing concern is the $59-billion backlog of state highway repairs and the lack of funds to tackle them. More fuel-efficient cars mean fewer gasoline taxes collected. Currently, the California legislature is wrestling with a number of ways to increase revenue. Among the ideas floated are raising the gasoline tax, which hasn’t been done since 1994, turning high occupancy vehicle lanes into toll lanes or levying a $1 per week ‘use tax’ on drivers.

Few sectors are as firmly entrenched in the California business climate as innovation and technology. Worldwide, areas looking to create startup corridors routinely use the phrase “the next Silicon Valley” knowing the term is immediately understood. The Brookings Institution recently reaffirmed the hold California has on both innovation and, even more importantly, job creation in advanced industries in its America’s Advanced Industries report, specifically citing the nation’s top regions in the sector.

Three California metropolitan areas were in the top 10 with San Jose-Sunnyvale-Santa Clara in the number one spot. San Francisco-Oakland-Hayward weighed in at number five with San Diego-Carlsbad claiming the 10 spot. All three metros are inextricably linked to major research institutions and a well-educated talent pool, especially in the science, technology, engineering and mathematics (STEM) disciplines.

A key measure of innovation in the report is patent cooperation treaty applications per capita and, here, California is a world leader. “Among the nation’s most patent-intensive regions, just two — San Diego and the San Jose-San Francisco combined area — rank in the global top 20,” reads the report. “Just two more (Boston and Rochester) score in the top 50.”

These metros are crucial to not just the economic success of their region and state, but of the nation. The industries represented range from automotive and aerospace research and manufacturing to energy and digital and computer system design. Though not listed as advanced industry sectors in the Brookings report, biotech and life sciences are also significant contributors to economic growth in California.

In early January, Illumina Inc., announced the company signed a 15-year lease for a new 360,000 square foot (33,445 sq. m.), state-of-the-art campus to be built in Foster City, in the Bay Area. The campus will include two LEED Gold certified Class-A laboratory and office buildings. Illumina will lease 100 percent of the initial development, with an option to expand development of a third building with another 160,000 sq. ft. (14,864 sq. m.). “This campus will provide us an opportunity to bring together employees from several different sites as we optimize and grow our presence in the Bay Area,” said Marc Stapley, Illumina’s CFO. 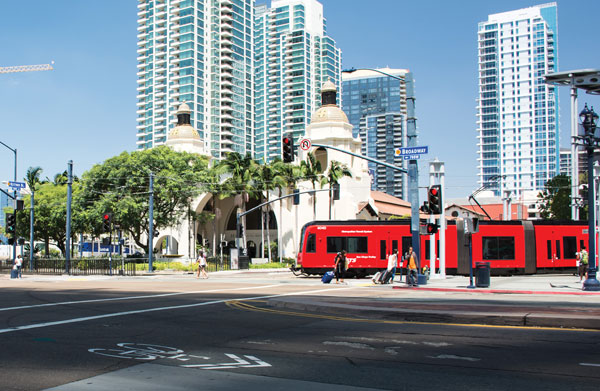