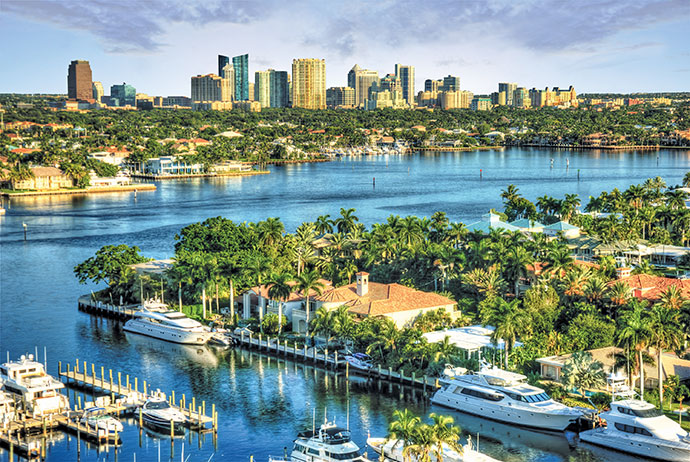 tax increase three years ago in California gave one of America’s fastest-growing companies all the push it needed to relocate to Greater Fort Lauderdale in South Florida.

Ray Carter, Jr., president and CEO of Stemtech, says the $11-million move paid for itself in the first year and positions the firm to expand quickly in Latin America and other markets.

The $1.35-million capital investment includes 20,000 sq. ft. of headquarters space and 90 jobs, according to the Greater Fort Lauderdale Alliance, the economic development organization that facilitated the relocation deal.

“At the end of 2012, California announced a retroactive tax increase,” says Carter. “That made California the highest-tax jurisdiction in the country. When that happened, we looked at whether we should remain in California. Our lease came up in May of 2014. We engaged an outside relocation firm in seeing if it would be worthwhile to locate somewhere else. Management narrowed it down to 10 locations in the Sunbelt to match the climate we had in Southern California. Our search eventually came down to Texas and Florida.” 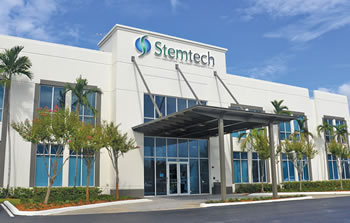 The most critical site criteria, says Carter, were access to a skilled workforce and strong infrastructure. “We needed to be within an hour of a major international airport. We also wanted access to a major university and a major shipping port,” he adds. “Houston and South Florida were our two finalists.”

Carter notes that “the Greater Fort Lauderdale Alliance CEO Council was very impressive to work with. They are very business savvy in South Florida. They really understand the needs of business. In the end, we decided that South Florida would be close to Southern California in climate, and we decided that Broward County was the best fit for our company.”

A Base for Reaching Latin America

Carter adds that “we have hired about 75 percent of the workforce that we need here. We relocated about 30 percent of our workforce from California, and the rest will come from South Florida. We are settled in a building in Pembroke Pines right off the freeway with great access to the international airports in Miami and Fort Lauderdale.”

With offices in Ecuador, Peru, Mexico and Colombia, Stemtech plans to expand aggressively throughout Latin America, says Carter. “In South Florida, practically everyone is bilingual,” he says. “Our largest market in the world right now is Mexico. We are in 31 countries on six continents. Stem cell nutrition is the next high-growth category in health supplements. We feel we can grow globally from this location in South Florida.”

Stemtech’s story is similar to that of other firms in Broward County. For years, the CEO Council has used the phrase “Life. Less Taxing” to promote the attractiveness of the area — and Stemtech, like many other companies, has expanded in Broward for both tax and quality-of-life reasons.

During 2014, the county attracted $265 million in capital facility investments and 1,422 new jobs. Those efforts also resulted in the retention of 5,275 jobs in South Florida.

One of the biggest investments came from American Express, which unveiled plans for a new 400,000-sq.-ft. headquarters in Sunrise. The $167-million project creates 100 new jobs and retains 3,200 positions in Broward.

The new facility allows American Express to move employees from Plantation, Weston and Miramar to one 40-acre site in Sunrise. The workers specialize in customer relations, technology, finance and marketing. The complex is slated to open in 2017.

Investments from American Express and Stemtech are but the latest in a series of corporate facility projects dating back to 2010, when South Florida was still experiencing the effects of the Great Recession. Since then, Broward has seen its unemployment rate drop from 9.8 percent in January 2010 to 5 percent in October 2014.

Dennis Donovan, principal of WDG Consulting LLC, a prominent site selection consulting firm based in Bridgewater, N.J., says, “South Florida ought to be getting even more play for headquarters operations. It is moderately priced and has very good quality of life.”

Donovan calls the Greater Fort Lauderdale Alliance CEO Council initiative “one of the most effective marketing campaigns I have seen. The tagline — ‘Life. Less Taxing’ — is simple and people remember it.”

Expansions at both Port Everglades and the Fort Lauderdale-Hollywood International Airport are poised to make Broward even more attractive to global businesses.

Port Everglades, the No. 1 exporting Foreign Trade Zone in the US, is partnering with public and private entities on several multi-million-dollar landside infrastructure improvements designed to improve connections with South Florida highways and rail lines.

“The last mile of connectivity is very important, and these infrastructure improvement projects give us a competitive advantage,” says Steven M. Cernak, Port Everglades chief executive and port director. “We can now reach 70 percent of the US population within four days. We are the number one container port in Florida and the number one gateway for trade with Latin America — we are handling 15 percent of all trade in the US with Latin America.”

Doug Webster, deputy director of aviation for the Broward County Aviation Department, says the Fort Lauderdale-Hollywood International Airport set an all-time record with 12.3 million passengers boarding an aircraft at the airport last year. “A total of 24.6 million passengers came in or out of this airport in 2014,” he notes.

“We just opened a new south runway, and we anticipate adding another 1 million passengers this year,” Webster says. “We added several new airlines last year, and we will break ground this summer on a project that will give us 14 new gates by early 2018.”