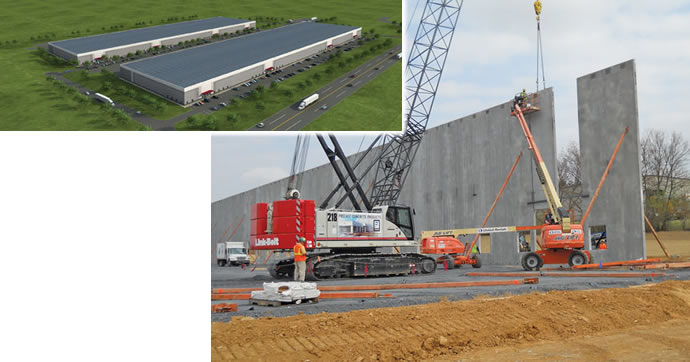 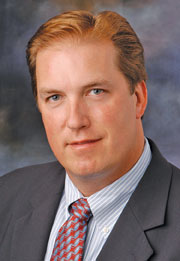 hen Garner Economics completed a “Competitive Realities” report for the Lehigh Valley Economic Development Corp. in January 2014, among 66 variables, 38 were labeled as assets, 17 were neutral and only 11 were considered challenges.

“This ratio of Assets to Challenges is one of the strongest positive ratios we have conducted and analyzed over the last 11 years,” said the report. “Better leveraging the region’s assets will be key as the Lehigh Valley capitalizes on its position among the top-fifth of metropolitan areas nationwide.”

The region has experienced a population increase of 12.8 percent, or 74,404 more residents, over the last 12 years, and is seeing its strongest growth in transportation and logistics, healthcare and life sciences, and electrical equipment and component manufacturing.

Michael Gamzon, president and COO of Griffin Land & Nurseries, confirms that the Lehigh Valley has momentum — enough that area leaders from organizations such as Lehigh Valley Economic Development Corp. are focused even more on the things that keep those businesses around: job training, workforce housing, highway improvements and retail/hospitality amenities, to name a few.

But one of the 11 challenges Garner identified was availability of suitable industrial property to accommodate that momentum. The Lehigh Valley Tradeport and Tradeport II developments from Griffin Land are helping to turn that situation around.

Griffin Land is the owner-operator of almost 3 million sq. ft. of commercial space on land holdings of nearly 4,000 acres in Connecticut, Massachusetts and Pennsylvania. The company has been a pure-play industrial/commercial real estate company for a short time since selling its nursery operations in 2014, but has been in the land development business for more than four decades. Over the past 17 years the company has developed a number of speculative and build-to-suit projects, and executed large land sale transactions with such clients as Dollar Tree, Walgreens and Amazon.com.

Griffin’s most recent larger lease was with an office equipment company, which in December 2014 signed a five-year lease for approximately two-thirds of Griffin’s approximately 280,000-sq.-ft. warehouse under construction at Griffin’s Lehigh Valley property, with an option to lease the entire building. Griffin Land also is developing an additional 250,000-sq.-ft. building on the same 50-acre land parcel. The development will be known as Lehigh Valley Tradeport II.

“The key for our existing and prospective clients,” says Gamzon, “is to not just be shovel-ready, but ready to serve their ongoing operational needs within the built product. In the case of this latest deal, a ready-to-go site was a prerequisite, but it was our management reputation and the success of our prior projects that demonstrated we were prepared to deliver a turn-key project within the client’s aggressive schedule.”

The same preparation and attitude of service has stood Griffin and its community partners in Connecticut well. Griffin owns and operates the 600-acre New England Tradeport near Bradley International Airport, a park which lies in two communities’ jurisdictions — Windsor and East Granby — in the Greater Hartford region. The Tradeport recently welcomed a new 137,000-sq.-ft. lease as a growing client already in the Tradeport needed nearly three times its former space.

Griffin’s Connecticut properties are located just north of Hartford, in a region that calls itself the heart of New England’s Knowledge Corridor, a 60-mile-long region stretching from Springfield, Mass., to New Haven, Conn., that has a labor force of more than 1 million; 41,000 companies; and 32 universities and colleges with more than 120,000 students.

Phoenix Crossing has seven lots, five of which are available for building. Making those parcels more attractive is new infrastructure — a key contributor to Griffin Land’s business case at Phoenix Crossing and beyond.

“Demands for increased and uninterrupted power and telecommunications are ever-increasing,” says Lescalleet, “and it’s the same with highway access. Also, increased trucking requires keeping vigilant on maintenance, upkeep and improvements to the highway network.”

Upkeep of relationships with area economic development organizations is key too.

“We collaborate with them routinely,” says Lescalleet. “They are an important channel to us, as they frequently are made aware of user requirements in advance of their entering a market. So it is imperative that we make sure they know of our property holdings and our acquisition and development activities.”

This Investment Profile was prepared under the auspices of Griffin Land. For more information visit www.grifland.com, or contact Senior Vice President Tim Lescalleet at 860-286-7660. 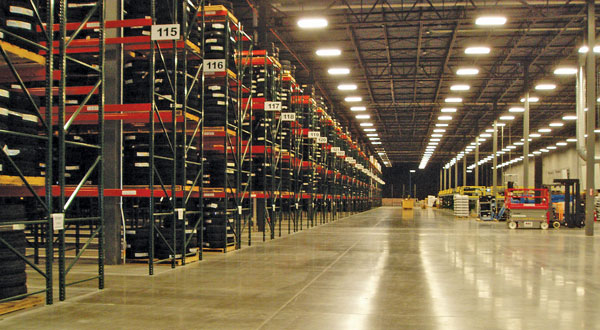 Among the build-to-suit projects Griffin Land has executed is this 300,000-sq.-ft. distribution facility for Tire Rack, located at New England Tradeport, a 600-acre master-planned development adjacent to Bradley International Airport in Windsor, Conn.