Why a Mexican Eagle Landed in Greater Reading 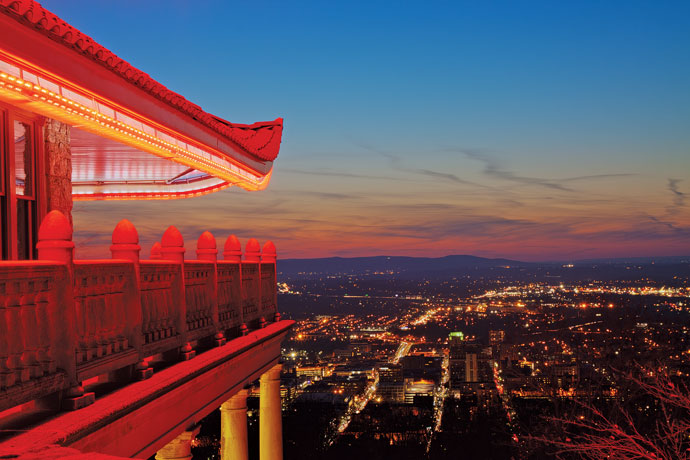 The Pagoda, atop Mt. Penn, has been a Greater Reading landmark for more than 100 years.
by MARK AREND
L 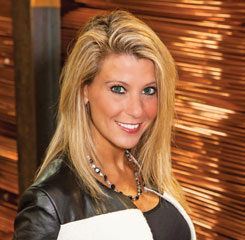 ocation advantages at Site B must be pretty significant if they outweigh $5 million worth of already-purchased land and improvements at Site A. In this case, Site B is on Tube Drive in Reading, Pa., where Cambridge-Lee Industries (CLI) LLC makes copper tubing for the plumbing and construction industries. In late 2013, CLI opened a $65-million tubing plant at its Reading campus after a newly opened, state-of-the-art factory in Mexico was forced to close and relocate due to an anti-dumping suit against the importation of copper tubing from Mexico and China.

The Reading site’s advantages are significant: a widely available supply of skilled workers with the right skill sets, low energy costs and a community determined to help new projects become operational quickly. The other location option, Site A, was a property in Laredo, Texas, that CLI’s Mexican parent company, Grupo IUSA, already owned.

“IUSA had also looked at Florida,” says Andrea Funk, Cambridge-Lee’s CEO. “Part of what they were looking at was where the customer base was and where materials get shipped in from. But the main options were Laredo and Greater Reading.” Both options have a relatively low cost of living — Laredo’s is lower than Reading’s, notes Funk. But access to Pennsylvania’s workforce tipped the balance in Greater Reading’s favor. And an existing CLI property in Reading — Leesport, specifically — with several plants already operating had room for one more.

It’s Still Cast & Roll to Me

Funk explains the significance of cast & roll: “This new technology allows you to make copper tubing with much greater precision. In the plumbing market, that doesn’t make a big difference. But in the industrial HVAC market, you draw the tubes down to very thin walls, and sometimes you put in inner groove tube patterns. The state-of-the-art copper tubing that’s required for very high-tech tubing that goes inside HVAC units really needs cast & roll technology.”

It also needs workers who can apply it.

“We were not confident we would find the technical skills in Laredo when we looked into it,” Funk recalls. “We need engineers, people with metallurgy experience, maintenance technicians, electricians and other skilled trades. Pennsylvania has a very rich manufacturing history — a lot of that skilled trade base is right here. It also has a great metals history with so many steel companies here in the state and a lot of metal companies and people who know how to support the metal industry, with extrusion presses and finishing equipment and machine shops that can make tools and so forth. The whole support network you need for this industry is here.”

Include in that network the local economic development and other business retention players who helped fast track the project (referred to prior to the formal announcement as “Project Police” — because the Coppers were coming), says Funk. At the time of the expansion, she relates, Greater Reading Economic Partnership was aware CLI was considering relocating the plant from Mexico and contacted County Commissioner Christian Leinbach, who immediately organized a meeting of all parties with a stake in the project coming to Reading, or a role in its becoming operational. About 25 people attended.

The agenda, says Funk, was to find a way to make all the things that need to be done to get the plant up and running happen concurrently instead of sequentially. “We were able to break ground in three months, and within a year, our machines were on and starting to produce. I don’t believe that would have been possible without the collaboration and support we had from the entire community — vendors, the county, the state and others. It’s a success story about collaboration.”

Close proximity to major cities, including Philadelphia, Baltimore and New York, means easy access to those cities without employees weathering their higher costs of living. But a project like the new Eagle Plant could get lost in the shuffle of other expansion activity in the region.

“Likewise,” says Funk, “if we were in a very remote location, we might get the attention, but the area won’t have the support resources. Greater Reading has a nice balance. We believe strongly in supporting our community. But when we need something, we immediately can get in touch with the right people, and there is a very collaborative approach to supporting us.”

This Investment Profile was prepared under the auspices of Greater Reading Economic Partnership. For more information, visit GreaterReading.com or call (610) 376-4237. 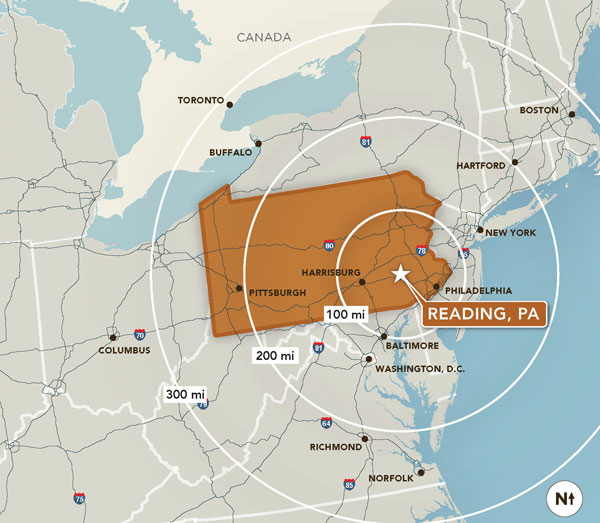