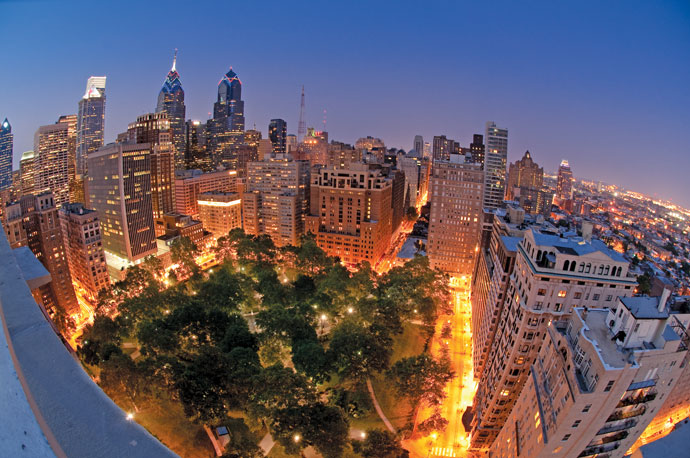 hough they’re fiercely competitive, when it comes to business tax climate, New Jersey, New York and Pennsylvania have more in common than they would probably like. According to the Tax Foundation’s 2015 Business Tax Climate Ranking, the three states are ranked in the bottom half of all states. Pennsylvania fares best at 34, but New York and New Jersey are dismally ranked 49 and 50, respectively. States close to the bottom are described in the report as “suffering from the same afflictions: complex, non-neutral taxes with comparatively high rates.”

The Index is determined by comparing all 50 states on more than 100 variables in five taxation areas: corporate taxes, individual income taxes, sales taxes, unemployment insurance taxes and property taxes. Scores are tallied to provide an overall ranking, rewarding states for strong features in their tax system while penalizing them for weaker aspects. It also provides researchers with a score that can be compared across the board. The tax system rankings start as of July 1, 2014, or the beginning of Fiscal Year 2015.

Though Pennsylvania (34) is ranked relatively well for individual income taxes (17), any benefit is lost by low scores in other metrics — number 50 in unemployment insurance taxes, 46 for corporate taxes and 42 in property tax. It’s difficult to know how Tom Wolf, the state’s new governor, and his policies will move the business climate needle, but he is on record as coming out for a more “progressive income tax” which would shift the tax burden to wealthier citizens.

Under the leadership of Governor Andrew Cuomo, New York (49) is making substantive attempts at improving the state’s tax climate. In fact, in early 2014, the Cuomo administration contacted the Tax Foundation for suggestions on how the state could create more a competitive and business friendly tax system. The administration followed through in the fiscal year 2014-2015 budget, making moves in the right direction.

“New York is not a low-tax state,” read the report. “Its economic success is because of strengths that overcome a challenging tax environment. High taxes need not also be complex or poorly structured taxes, however, and removing these obstacles will encourage job creation and economic activity. New York’s 2014 corporate tax reform is an impressive step toward tackling this problem by broadening bases, lowering rates, reducing burdens, and eliminating needless complexity.”

In his recently-introduced 2015 Opportunity Agenda, Cuomo appears to be taking this tax cut thing seriously. His first three objectives involve cutting taxes — proposing a reduction on the net income tax rate from 6.5 percent to 2.5 percent over a three-year period for small businesses that file under the corporate franchise tax. Cuomo also wants a Real Property Tax Credit for households with incomes below $250,000 where the tax burden exceeds six percent of their income. The credit is based on a progressive income scale offering tax relief to lower income taxpayers, but shifting burden to the upper income earners. A similar proposal would lower taxes for renters.

Meanwhile New Jersey (50) seems to take one step forward and two steps back. The state has won significant headquarters projects in the past 12 to 24 months, but lost crucial corporate citizens as well, like the Mercedes-Benz headquarters. In the Tax Foundation metrics, the Garden State registers some of the highest property taxes in the nation — they scored 50, with high corporate taxes (41). New Jersey is one of just two states to impose an inheritance and an estate tax, with some of the worst-structured individual income taxes in the country (48).

Gov. Chris Christie says he wants to lower taxes in his state but has done little to make it happen. Like New York, New Jersey will have occasional successes based on location or strengths in historical sectors like pharmaceuticals, but until substantial changes are made to the tax system, the state will not remain competitive over the long term.

It’s not all gloom and doom for New Jersey. The state consolidated its incentive packages into the Grow New Jersey Assistance Program (Grow NJ) which offers tax credits for job creation when projects meet other criteria such as location in urban areas or high employment.

The maximum award is $300 million over 10 years, which is very close to what the state is giving to Holtec, a N.J.-based energy equipment company that considered moving to Charleston, S.C. Instead, the company is receiving $260 million in tax credits, over 10 years, to build a 600,000-sq.-ft. (55,741-sq.-m.) manufacturing facility and design center for its modular nuclear reactor on a 47-acre (19-hectare) greenfield site on the Camden waterfront.

Apparel company Charles Komar & Sons received a $37.2-million incentive over 10 years from the state to choose a Jersey City location over one in Long Island City, N.Y. The company is moving its offices and showrooms from Manhattan, bringing nearly 500 jobs with it. They’ll occupy 159,141 sq. ft. (14,784 sq. m.) of office space in a building on Hudson Street. And in East Windsor Township, Aurobindo Pharma USA, a generic pharmaceutical manufacturer, purchased 90 acres (36 hectares) to build a new distribution center. East Windsor Mayor Janice S. Mironov said the project could bring 300 new jobs to the state. 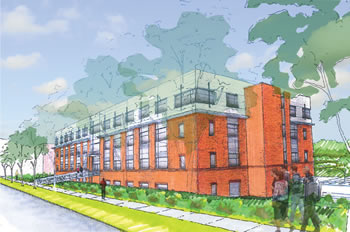 “We’re excited the President and the entire administration is focusing effort and resources on converting Penn State knowledge to commercial impact,” said Dan Leri, director of Innovation Park. “It’s a heavy and difficult lift to convert raw knowledge into a meaningful value proposition for a set of customers — with the goal of creating shareholder value, economic impact, and net new wealth. We need additional experienced, domain-specific talent and more financial resources to increase our chances of success.”

The $30-million investment includes creation of additional knowledge commercialization space, venture fairs and competitions; matching of experienced entrepreneurs with new opportunities; recognizing faculty who focus on commercial applications of their research; and communications.

Innovation Park has been fully leased for the past three years. In October 2014, the Innovation Park team broke ground on Building 331 — a privately funded, $18-million building that includes Class A office and research space. The 82,000-sq.-ft. (7,618-sq.-m.) building should be completed in August 2015.