The Seattle region plans to be the most globally competitive in the country. 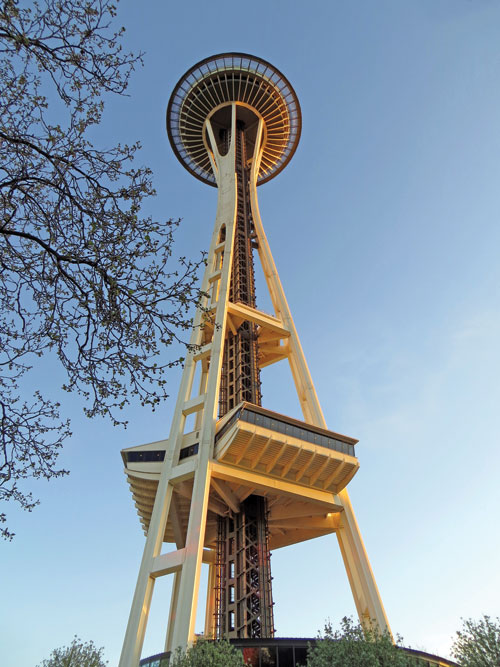 ivic and business leaders from across the Greater Seattle region unveiled a plan on Jan. 15th to attract new foreign investment and grow the region’s exports. The Greater Seattle Region Global Trade & Investment Plan outlines an ambitious multi-agency, intergovernmental, and public-private partnership process to implement strategies to bring the region to the forefront of international trade and investment. The development of the Greater Seattle Region Global Trade & Investment Plan was led by the Trade Development Alliance of Greater Seattle and the Economic Development Council of Seattle and King County, but developed in partnership with the US Dept. of Commerce, Washington State Dept. of Commerce, Puget Sound Regional Council, Associate Development Organizations/Economic Development Councils from Kitsap, Pierce and Snohomish Counties, as well as multiple local governments, industry trade associations, educational institutions and other leaders of industry.

The group set out to unite around a single goal: for the Greater Seattle region to be the most globally competitive region in the United States. The plan focuses on attracting foreign direct investment and increasing the number and capacity of companies exporting across the Greater Seattle region over the next five years. Economic development partners will share resources, create common tracking systems, share information, and engage local and foreign companies to identify and leverage opportunities to increase economic opportunities across the region.

“We have a unique opportunity to capitalize on the increasingly globalized world economy and position Washington as a global hub of international trade and investment,” said Washington State Governor Jay Inslee. “The Seattle metro area continues its ascent as a global export hub, reporting $57 billion in merchandise exports in 2013, representing more than 50 percent of the state’s nearly $82 billion in total goods exports,” said Stefan M. Selig, Under Secretary of Commerce for International Trade, US Department of Commerce. “Expanding trade and attracting more foreign direct investment are sound economic strategies that bring good-paying jobs to the region. This plan, with its emphasis on collaboration, global investment, and innovation opportunities, is a true game-changer for the Greater Seattle region.”

Key to the plan are strategies to increase foreign direct investment in advanced industries, including manufacturing (which includes aerospace), clean tech, information and communications technology and life sciences. The five-year plan is designed to increase the number of foreign-own firms in the area and employment opportunities in the region. It would increase by 25 percent the number of firms from other nations that choose to locate operations in the region.

The plan outlines five strategies to accomplish the goal of Greater Seattle being the most globally competitive region in the country:

According to the Plan, long-term relationships with partners in China will facilitate increased export and foreign investment opportunities for regional companies. With the third largest container complex in North America, close proximity to major global markets, and a highly educated and capable workforce, the region is well suited to reach growing export markets overseas, like China. Regional businesses have the potential to reach new and existing markets and capitalize on global economic growth. Moreover, the region is rich in international assets and relationships that can serve as catalysts for new partnerships.

To help facilitate these relationships the plan calls for the creation of ChinaSeattle. This new organization — connected to and being built by the Washington State China Relations Council and Trade Development Alliance, working with the Washington State Department of Commerce, City of Seattle and others — is aimed at attracting investment from and building new trade relationships with China. “As the next step in our FDI Framework for Success, I am pleased to announce today that the state is partnering with the Trade Development Alliance and Washington State China Relations Council to establish a permanent presence for Washington State in China,” Governor Inslee said.

The Bonneville Power Administration’s Energy Smart Industrial program is helping companies better manage their energy use and reduce costs. Since 2009, BPA and Northwest publicly owned electric utilities have partnered with 473 industrial companies on projects that have collectively saved more than 647 million kilowatt-hours of electricity — enough energy to power nearly 60,000 homes for a year, according to a press release issued in late January by the Portland, Ore.-based utility.

In the first five years of the program, 111 publicly owned electric utilities in Idaho, Montana, Nevada, Oregon, Washington and Wyoming have helped industrial end-users complete over 735 capital projects in a variety of market segments, including food processing, pulp and paper, wood products, advanced technology, water/wastewater and mining. A recent examination revealed that the annual energy savings from completed capital projects increased by 300 percent on average.

The BPA program is now focusing on smaller industries in rural areas and water treatment and wastewater facilities. Also, since lighting upgrades have accounted for nearly 25 percent of the program’s historical savings, ESI will continue to explore new lighting technologies and controls. And soon, BPA plans to develop a “Superior Energy Performance” pilot for industrial facilities.