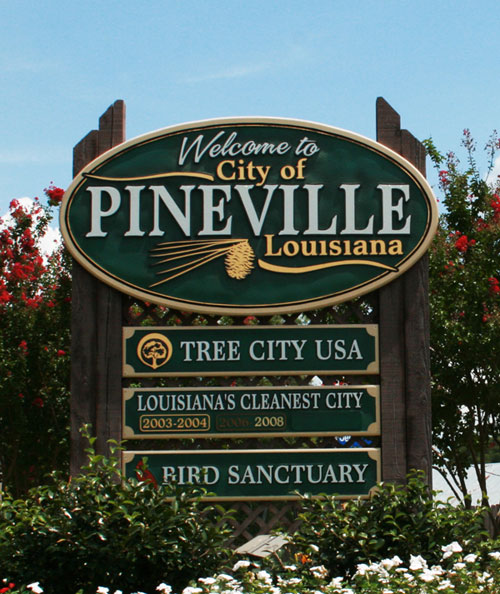 Even with oil prices plunging, energy drives this region toward new opportunities.

look at the top corporate projects by investment over the past year across Oklahoma, Texas, Arkansas and Louisiana shows nearly all of them to be from the energy sector — and most of them in the Gulf states of Texas and Louisiana. Even more promising: The energy profile of the region is one big part of the attraction for many of the more than 1,000 projects across all sectors that came to fruition in the region last year.

Some companies are investing across the region: Baker Hughes, the oilfield services firm now merging with Halliburton, has ongoing growth at sites in Oklahoma City, Houston, and Lafayette and Broussard in Louisiana. As of February 20, the firm’s oil and gas rig count for the region totaled 576 in Texas (down by 270 from Feb. 2014); 109 in Louisiana (nearly half of them offshore); 155 in Oklahoma; and 11 in Arkansas.

Some companies are coming to the region because its energy profile is good for their business development profile.

“In Louisiana we found a high level of coordination and cooperation among state agency and local site-service providers.”
— Roger Boggs, Founder, Chairman and CEO, American Specialty Alloys, on the company’s $2.4-billion investment in Pineville

That was at least partly the case in February when American Specialty Alloys Inc. announced plans to develop a $2.4-billion aluminum mill at the 1,200-acre (485-hectare) former International Paper manufacturing site in Pineville, La., part of the Alexandria metro area. Plans call for an eventual 3,000-acre (278-hectare) campus that will include a melting and casting mill; hot- and cold-rolling mills for sheet and plate; and annealing, slit and cut-to-length production lines.

ASA selected the former IP containerboard mill property in Pineville after evaluating competing sites in Tennessee, Alabama and Mississippi, where the company is based in Columbus in Lowndes County. Louisiana Economic Development didn’t even talk with the company about the project until November 2014. An AP report stated that an offer for 826 acres (334 hectares) in Lowndes County, Miss., was pulled “after local officials said ASA CEO Roger Boggs wouldn’t answer questions about the project.”

But the project, which will pump out 1.3 billion pounds of aluminum a year, answers plenty of questions for the region, which saw the paper mill close five years ago. The new ASA operation, which will make products for the automotive and aerospace industries, will create 1,450 new permanent jobs, including 850 direct ASA employees and 600 employees of corporate partners that will perform additional manufacturing and logistics functions on the campus.

ASA expects to break ground later this year, with a targeted completion date of all facilities in 2020. ASA estimates development of the aluminum mill will generate 2,000 construction jobs.

“We studied many factors essential to the project success, including property characteristics, community engagement, workforce readiness and the quality and support of local service providers,” said ASA founder, Chairman and CEO Roger Boggs. “In Louisiana, we found a high level of coordination and cooperation among state agencies and with local site-service providers.”

“The decision by ASA to locate here is transformative for the region,” said Central Louisiana Economic Development Alliance President and CEO Jim Clinton, crediting the efforts of the state, utility Cleco Corporation’s economic development team and the Red River Waterway Commission, which supported the creation of a new port to serve the facility.

Metals and energy are converging in other parts of the state. Last June, Centric Pipe LLC, an SB International affiliate, announced it will make a $32.5-million capital investment to renovate and expand the former Northwest Pipe facility in Bossier City, creating 82 new jobs. In November 2014, company and area officials celebrated the grand opening of the $22-million Center for Advanced Manufacturing and Engineering Technology at Bossier Parish Community College, which will initially train workers for the $975-million seamless steel-tube manufacturing project announced two years ago by Germany’s Benteler Steel/Tube at The Port of Caddo-Bossier.

Energy moves the business of moving energy products too. 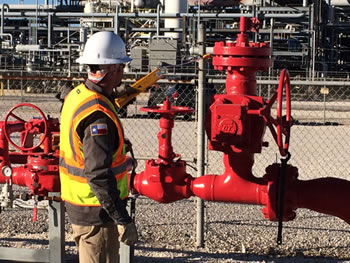 In November, BNSF Railway celebrated the opening of a new $45-million logistic center in Sweetwater, Texas, in the Permian Basin. The center will accommodate several industries, including agricultural commodities, sand, pipe and aggregate. BNSF invested $28 million to replace existing track and add new track at the site. Tenant industries contributed $17 million to the project, which will create 15 permanent jobs in Sweetwater.

The Permian Basin, located in southeastern New Mexico and western Texas, is the largest crude-oil and natural gas producing basin in the nation. The Odessa-Midland area of the Permian was the No. 1 metro for 2014 in the Tier 3 population category. Among the projects landing there was Air Products’ new liquid nitrogen facility. Beyond the core focus on the Permian Basin area, the new $33-million facility will expand Air Products’ existing nitrogen production and distribution network in four states.

Scott Jones, economic development director for the Odessa Chamber of Commerce, says in an email that his team helped locate a site in the OIDC South Industrial Park and assisted in negotiating a purchase agreement for the property from OIDC (Grow Odessa).

“We also worked with company officials and Grow Odessa board members in getting water, sewer, power and access roadway infrastructure to the property,” he writes. “[Our department] also assisted in negotiations with a major oil company with lease holding in the area to relocate a caliche road, previously bisecting the site, to the southern boundary.”

Jones’ team also procured tax abatements on Air Products’ behalf from four of the five taxing entities. Air Products received a five-year phase-in for such incentives — 100 percent in year one, decreasing by 20 percent annually. “Construction of the facility is currently underway,” says Jones 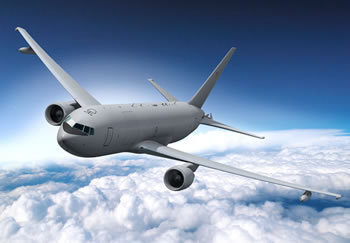 Rewrite Enables Repair Depot for Refueling Tanker
In February the US Air Force officially took possession of the former BNSF rail yard next to Tinker Air Force Base in Oklahoma as part of its plan to expand the base with a new repair facility. That facility is expected to bring over 1,300 new jobs to Oklahoma.

The land was formerly owned by BNSF, where it operated a rail yard that primarily served the former General Motors manufacturing facility. The purchase was facilitated by the passage in 2014 of House Bill 1416, which allows Quality Jobs incentives payments to go to a local entity, rather than the federal government, to help offset the cost of expansion. The change was pushed through by a coalition that included the Oklahoma State Chamber.

The purchase of the 158-acre (64-hectare) site was a joint effort of Oklahoma City, Oklahoma County and the Air Force with assistance from Oklahoma’s federal delegation. The Quality Jobs payments that would have gone to the Air Force will now go to the city and county to pay back their portion of the $44-million purchase price. The land will be used for repair facilities for the Air Force’s new KC-46 aerial refueling aircraft (rendering above), which is being supported by training facilities at Altus Air Force Base, also in Oklahoma.

Recent projects also highlight the fact that the region’s resources are sometimes of the human as well as natural variety.

In February, North Carolina–based HanesBrands announced it will expand its hosiery and bra manufacturing plant in Clarksville, Ark., located along I-40 just east of Fort Smith. Hanes is investing $1.4 million and adding 120 jobs to bring total employment to 570. The 120 new jobs will average approximately $39,000 per year in wages and benefits. The expansion is a result of the company’s effort to bring some hosiery manufacturing back to the United States. The plant already makes the company’s hosiery for mass retailers, including Arkansas-based Walmart. The hosiery line moving to Clarksville was previously manufactured at a facility in Honduras.

“We are delighted to be able to add jobs at our Clarksville plant,” said Javier Chacon, Hanes senior vice president of global operations. “It is not easy for a US plant to compete with offshore competitors, but the capabilities of our plant workforce and management team in Clarksville to continuously adapt, automate and improve efficiency is a testament to the resiliency of this facility since it opened in 1988.”

In Conway, just north of Little Rock, three technology firms in January were joined by Gov. Asa Hutchinson in announcing projects. Big Cloud Analytics plans to invest $116,000 and hire up to 40 employees; mobile-app developer Metova is investing $2 million and creating 60 jobs; and hospitality-sector analysis firm Eyeanalyze, which is working with Metova to develop software, has plans to employ 40 by 2016. Metova is working to establish a wireless engineering degree at the University of Central Arkansas, and leaders from Big Cloud noted the talent emerging from the area’s three universities as a major factor.

“They know that the city and state are committed to growing with them, not getting in their way,” said Hutchinson. “These are the types of high-paying, technology-based jobs that will make Arkansas even more regionally competitive. The announcement today also highlights the importance of having computer-science classes in our schools.” 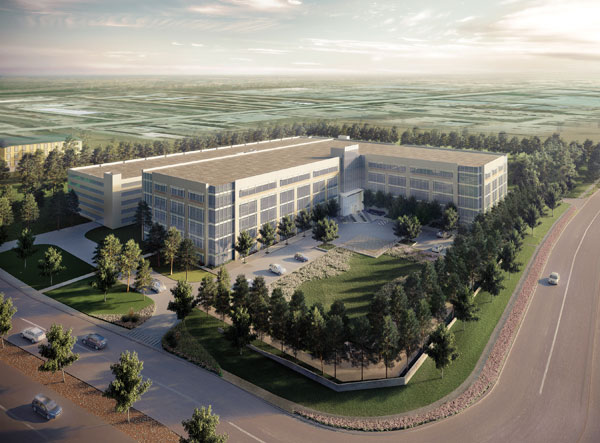