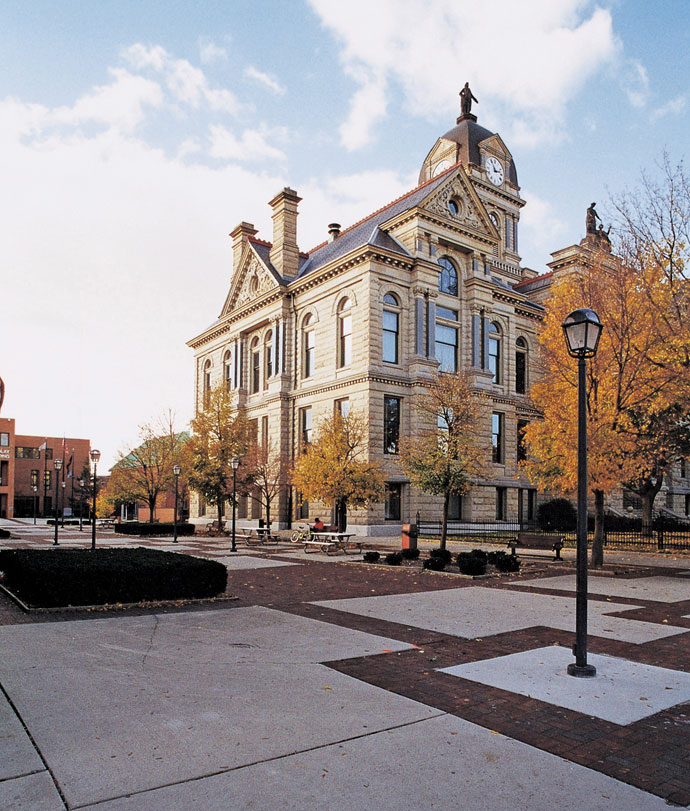 The historic Hancock County Courthouse in Findlay, Ohio, is an iconic landmark in the city that was founded in 1821 and named after Col. James Findlay, who built a road and stockade in the area to transport and shelter American troops during the War of 1812.
Photo courtesy of Findlay-Hancock County EDC 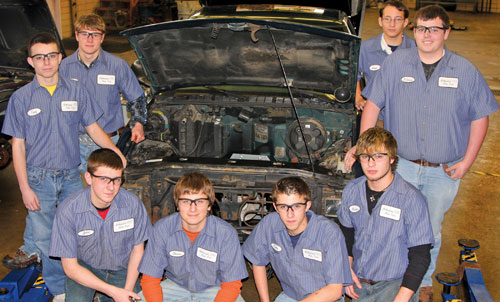 Students at the Millstream Career & Technology Center in Findlay, Ohio, receive training that prepares them for jobs in the automotive sector and other trades.
Photo courtesy of Findlay-Hancock County EDC

he Ohio State Buckeyes’ national championship football squad and the LeBron James-led Cleveland Cavaliers are not the only dominant Ohio teams this year.

All around the state, economic development organizations are scorching their competition for new and expanded corporate facility projects.

In 2014, no one did it any better than Findlay, Ohio, Site Selection Magazine’s Top Micropolitan Area of the Year. With 20 corporate facility investment deals, Findlay ranks No. 1 among all 576 micropolitan areas in the country.

According to the US Census Bureau, “a micropolitan area contains an urban core of at least 10,000 residents but less than 50,000 in total population.” Typically, micro areas are small towns located in largely rural counties well outside the boundaries of metropolitan areas.

Joining the fray in this year’s “Buckeye Bonanza” are three other Ohio communities ranked in the top six — New Philadelphia-Dover, Wooster and Ashland. Twenty of the top 100 micro areas in this year’s ranking (see page 104) hail from Ohio. That’s more than any other state.

Long regarded as a state of champions — from the Big Red Machine of Major League Baseball in the 1970s to Jack Nicklaus’ career-long dominance in golf — Ohio is no stranger to superior performance.

Wooster in Wayne County, Ohio, won the Top Micropolitan Area of the Year honor last year, paving the way for another Northern Ohio community — Findlay-Hancock County — to claim it this year.

“We place a lot of emphasis on retention and expansion of our existing industry base,” says Anthony Iriti, director of Findlay-Hancock County Economic Development. “That has always been our number one priority. By knowing our local base and knowing what programs are available from the state, we can help our local companies expand. Our second priority is the attraction of new business.”

In 2014, the Findlay-Hancock County EDC executed both priorities to perfection, landing more than $250 million in facility investment deals from a collection of employers both large and small. Some are home-grown; others are not.

Where the Rubber Meets Talent 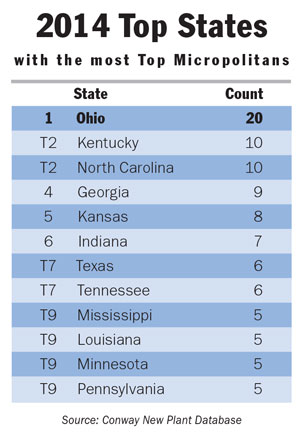 Headquartered in Findlay for over 100 years, Cooper Tire will invest a total of around $40 million into its new Global Technical Center by the time all the dust settles, says Iriti. “The two other technical centers for Cooper are in the UK and China. This was a big win for us. Researchers at this new facility will be looking for new materials and will be developing the tires that we will be using 30 years from now.”

Curt Selhorst, director of the Global Technical Center for Cooper, tells Site Selection that “we looked at China, the US and other locations” before selecting Findlay for this investment. Pivotal site selection factors, he says, were proximity to top universities; access to existing Cooper manufacturing and research facilities; and “whether the state would step up and support the project.”

Findlay aced every test, Selhorst says. “We have our headquarters here, and that helped,” he notes. “Workforce was a strong consideration as well. It is pretty strong in Hancock County. We have been here for over 100 years, and our employees have those traditional Midwestern values.”

He adds that incentives “definitely leveled the playing field for us. They were very important in the final decision. We had excellent cooperation with the Findlay-Hancock County EDC. They were instrumental in us obtaining the support we needed to do the project. The Ohio Third Frontier Grant that we received for the Global Technical Center project is a good example of that support.”

“We have a world-class community with world-class employers. This award legitimizes what we have been saying all along.”
— Anthony Iriti, Director, Findlay-Hancock County Economic Development

Access to resources at higher-education institutions was “another important factor,” notes Selhorst. “Ohio has many good colleges and universities. We have very deep relationships with the academic community here. We have developed some technology advancement opportunities with Ohio State University, Akron, Toledo and other colleges and universities in the region. We use Owens Community College for training programs, and we also do some work with the University of Findlay in the IT area. Ohio Northern University is a very good engineering school in this region as well.”

Cooper, with 1,900 employees at its global headquarters, is the third largest employer in Findlay. Marathon Petroleum, with 2,100 workers, is the second largest, while Whirlpool Corp., which operates the world’s largest dishwasher factory in Findlay, ranks first with 2,200 employees.

All are expanding, notes Iriti. In fact, Marathon announced three expansion projects last year, all in gasoline refining and logistics, totaling $44 million. When Marathon Petroleum completes the HQ expansion the total will be in excess of $80 million.

Trophies For All … Really

Rowmark LLC, the leading supplier in the awards and engraving industry globally, recently completed an $11-million expansion and is currently building an 85,000-sq.-ft. (7,896-sq.-m.) facility to accommodate future growth. 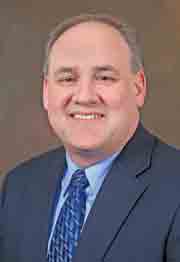 “We looked at China, the US and other locations before selecting Findlay for this investment.”
— Curt Selhorst, director of the Global Technical Center for Cooper Tire & Rubber Co. in Findlay, Ohio

Jebbett adds that “Findlay-Hancock County is just a great place to live and work. We have many progressive businesses big and small. We are growth-oriented, progressive and a positive community. The Midwest culture is highly ethical and hard-working, and community is important to us.”

He says that “our economic development leaders here do a great job. The mayor does a great job of running the city. It is very fiscally sound. The government leaders here really try to remove the obstacles for us so that we can grow and prosper. They are constantly in touch with Columbus. Gov. John Kasich has reduced taxes in the state, and that didn’t hurt either.”

Location matters too, Jebbett says. “We are right on I-75, which goes from Florida to Canada,” he says. “The Ohio Turnpike is just north of us. We have great access to Chicago and Cleveland. We supply the automotive market, and we have a large contingency of international companies here. A lot of our growth in Findlay and Hancock County is simply the result of staying positive. If you are change-resistant, you will go out of business. In Findlay, everyone tries to work together.” 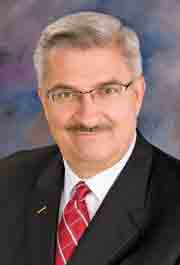 “Findlay-Hancock County is just a great place to live and work. We have many progressive businesses big and small. We are growthoriented, progressive and a positive community.The Midwest culture is highly ethical and hard-working, and community is important to us.”
— Duane E. Jebbett, president, Rowmark LLC in Findlay, Ohio

Iriti echoes that sentiment. “Our economic development group is under the Findlay•Hancock County Alliance which includes the Chamber of Commerce and the Convention and Visitors Bureau,” he says. “We work very closely with the local chamber leadership all the time. Our county commissioners have been very supportive. They all serve in some capacity on one or more of the many committees on economic development. The stars are aligned. We have all of the key people in our community in place. They all share the same vision of where this community can go.”

Improvements to transportation infrastructure will make Findlay even more attractive to companies in the future, Iriti adds. “We have four intersections that are being completely rebuilt,” he notes. “For the McLane Company logistics project, which adds 425 jobs, we built a new industrial park and put in new roads, water and sewer. As a result, we have another 200 acres that are ready for development.”

Ten miles north of town, CSX built “a huge intermodal area that now has shipping containers that come in from China and then get trucked in any direction from here,” he says. “Detroit to the north is about 100 miles away; Cleveland to the northeast is about 120 miles; Columbus to the south is about 90 miles; Cincinnati is about 160 miles south; and Indianapolis is about 200 miles to the southwest.”

“Owens Community College and the Millstream Career Technical Center provide our workforce development programs in Hancock County,” he says. “We work with 15 school districts to prepare our high school students for the modern workplace. We also have the Workforce Coalition that brings everyone together to make sure that we are equipping the workers needed to fill the jobs of the future.”

Quality of life is a selling point too, says Iriti. “For three years in a row, we have been voted the best place for young people to grow up,” he says. “We have great youth sports programs. We have a great park system. The community is taking an old middle school and converting it into a performing arts center. That is an $18-million project. Those are just some of the top assets we have to offer.”

Much like the University of Findlay men’s basketball team, which captured the NCAA Division II national championship in 2009, Findlay is finally earning the payday from its many years of hard economic development work.