Denver is the choice for a sustainable city concept first planted in Japan to blossom in the United States. 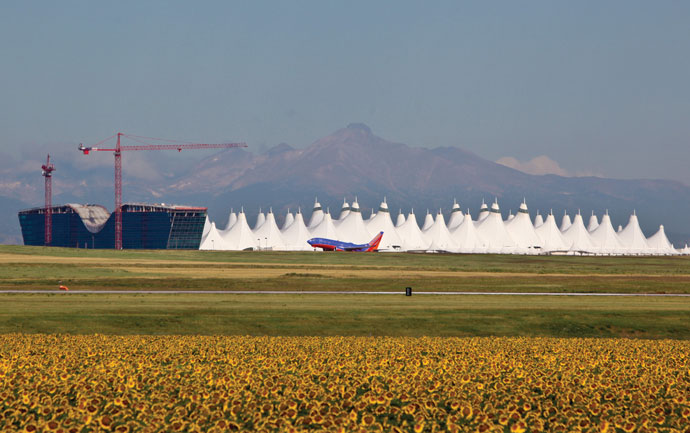 anasonic is at it again. Just as its new transit-oriented headquarters is helping rejuvenate Newark, N.J., the company’s Enterprise Solutions division aims to do much the same in Denver, where a new 300-job operation located next to a rail transit stop and next door to Denver International Airport (DIA) was announced in December.

But the smart-city model goes beyond the United States: Working with developer L.C. Fulenwider and others, Panasonic wants to see the entire development emulate the award-winning Fujisawa Sustainable Smart Town it developed near Tokyo.

Panasonic’s new operations base, assembly facility and technology center will be part of a 400-acre (162-hectare) Master Planned Transit Oriented Development called Pena Boulevard Station being developed by Fulenwider in conjunction with the DIA/City and County of Denver and two other land owners. The project, expected to be complete by mid-2016, will allow Panasonic Enterprise Solutions to further expand its large-scale audio-visual and eco-solutions business. It is working with Fulenwider and the landowners to create a community around five categories for what it calls “Smart Lifestyles” — energy, security, mobility, healthcare and community — that were the underlying principles for Fujisawa.

“Their deep commitment to sustainability and quality of life make Denver and the state of Colorado the perfect place to do this.”
— Jim Doyle, president of Panasonic Enterprise Solutions Co.

“Their deep commitment to sustainability and quality of life make Denver and the state of Colorado the perfect place to do this,” said Jim Doyle, president of Panasonic Enterprise Solutions Co.

“Attracting Panasonic as the anchor tenant for this new transit-oriented development is one of the biggest economic-development wins for Denver and the entire metro region in the past several years,” Mayor Michael B. Hancock said. “It marks a giant step forward for the Corridor of Opportunity between Downtown and DIA and for our growing aerotropolis.”

“Having the ability to develop a first class Transit Oriented Development, or TOD, at the front door of DIA is huge but adding Panasonic Enterprise Solutions to our team in order to develop a smart, sustainable, state-of-the-art TOD takes us to a whole different dimension,” said Cal Fulenwider III of L.C. Fulenwider, Inc. a developer that has served the area since 1904.

No doubt it will have some very special signage. Panasonic Enterprise Solutions’ Audio-Visual Solutions division has installed some of the largest high-definition LED video boards in the world at many well-known sports and entertainment venues. ITs Eco Solutions division offers expertise in end-to-end solar energy projects while also delivering technological and financial solutions to the commercial and industrial renewable energy markets.

A few weeks after the Panasonic announcement, Colorado was selected as one of three hubs for the President’s National Network for Manufacturing Innovation (NNMI) through the new Institute for Advanced Composites Manufacturing Innovation (IACMI), a multi-state public-private partnership that includes 122 companies, nonprofits and universities to research the use of composite materials, develop new manufacturing techniques, and improve clean energy job training programs to improve performance and reduce costs for clean energy technologies. Colorado’s site will focus on wind power.

As Colorado Gov. John Hickenlooper and experts from Macquarie, Cintra and Ernst & Young discussed the merits of public-private partnerships on infrastructure projects at the SelectUSA Investment Summit in March, the news broke that a model project they were discussing — the redevelopment of Denver Union Station (DUS, pictured) — received the “Design-Build Highway and Transportation” award and was the Merit Winner in the “Partnering Excellence” category for the 2015 year from the Association of General Contractors of America. DUS is the hub of the RTD’s FasTracks Program, an expansion plan to build 140 miles of new commuter rail, light rail, and bus rapid transit to serve over 25 million annual passengers.

Trammell Crow Co. served as the owner rep for the Denver Union Station Project Authority (DUSPA). “Through our partnerships with the Regional Transportation District (RTD), the City and County of Denver, the Denver Regional Council of Governments and our entire development team, we believe we have delivered a truly multi-modal community for the City of Denver,” said Trammell Crow’s Denver Business Unit Senior Managing Director Bill Mosher. 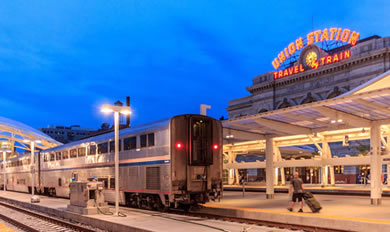 “We are delighted that Colorado is one of the six member states of the institute, and will soon be home to one of the three new facilities,” said Gov. John Hickenlooper, noting the important roles played by business leaders as well as such institutions as the National Renewable Energy Laboratory, Colorado Advanced Manufacturing Alliance, Colorado School of Mines, University of Colorado and Colorado State University. “The integration of our regional and industry planning efforts through the Colorado Blueprint has afforded us the opportunity to leverage federal initiatives such as this. With today’s announcement, we successfully reached another goal — to accelerate our state’s advanced industries. While work at our location will focus on the wind energy industry, it will create the technology infrastructure needed to fuel growth in other industries.”

Another effort, announced in March this year, will fuel the workforce needed by those industries. US Representative Dan Pabon, in partnership with the White House, Colorado private industry leaders, and Colorado state agencies, announced that Colorado is one of 20 pilot regions across the country to launch TechHire, a public-private initiative aimed at identifying, connecting and training individuals seeking to learn new technology skills, particularly computer programming.

TechHire will work with training programs such as SeedPaths, a coding and app school, and Swiftpage, a Colorado-based industry leader in business solutions. Swiftpage has sponsored after-school programs and worked with high schools to train students.

In SeedPaths’ first four boot camps in 2014, over 80 percent of graduates found a job within 90 days of graduating, and enjoyed an average of a 240-percent increase in pay over their previous jobs.

DETROIT REGION AEROTROPOLIS: You Are Cleared to Land (Jan 24, 2019)