New sites and new research aim to identify where the next codebreakers will emerge. 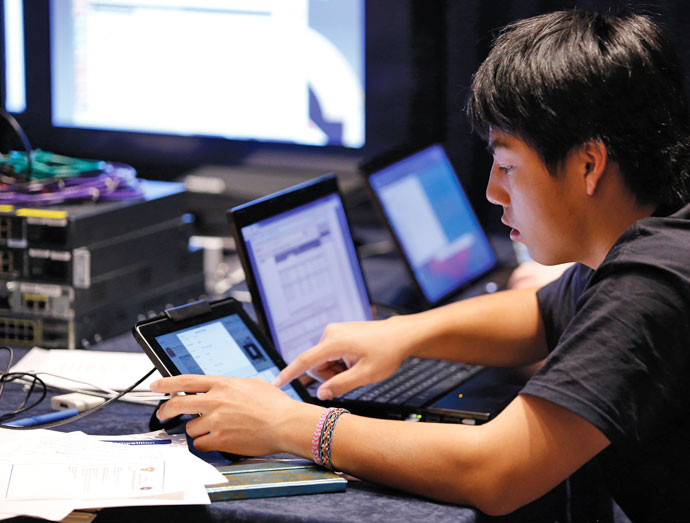 sk any geometry teacher: Sometimes there’s more than one center to a shape. That’s especially true in the elliptical world of cybersecurity.

Such is the case with Northrop Grumman’s new Advanced Cyber Technology Center (ACTC), launched in November 2014. Seeking to leverage technology, partnerships and world-class expertise from every corner of the company, the ACTC will be driven from four major collaboration centers located in McLean, Va.; Annapolis Junction, Md.; Gloucestershire, UK; and Perth, Australia, that bring together the expertise of more than 2,400 cyber professionals. The company in April opened a new cyber facility in Gloucestershire currently employing nearly 100 professionals at work in such areas as big data and smart data analytics, network defense, secure mobility, biometrics, high-speed processing and full spectrum cyber.

Northrop Grumman is also mentoring a diverse set of small and medium enterprise partners and building relationships with universities under the UK government’s Academic Centers of Excellence in Cyber Security Research scheme. And it sponsored the first UK edition of its CyberCenturion cyber defense competition among high-school-age team last August (pictured).

California continues to lead the way in a sector that multiple sources value at around $70 billion, with some projecting that value may double in the next four years. In April, research and market intelligence firm Cybersecurity Ventures projects released its quarterly Cybersecurity 500, an admittedly subjective ranking that goes by innovation and “hotness” rather than revenue, employees or growth. Criteria include such areas as problem solved, customer base, feedback from professionals, VC funding, growth curves and notable implementations. Cybersecurity and malware firm FireEye, based in Milpitas, Calif., was No. 1 for Q2 2015, while IBM’s security business was No. 6.

“It is common for international companies, especially from smaller nations, to claim that their corporate headquarters are in the US — typically in what is really a satellite office,” says Steve Morgan, founder and CEO of Cybersecurity Ventures, and editor-in-chief of the Cybersecurity Market Report and Cybersecurity 500, in an email. “For pre- and post-VC-backed companies it is no surprise that their US offices (HQs) are often in Silicon Valley near the highest density of VC firms who invest in the tech sector.”Morgan notes that San Antonio, where new institutes and degree programs in the sector are launching, “has a pretty hot tech and cybertech sector,” with six firms making his latest ranking. Looking abroad, in keeping with Northrop Grumman’s recent location choice, the UK leads the way among international cyber hubs, with 20 firms.

“We expect to see cybersecurity VC activity rapidly expand from the cloud, IT and consumer security markets to Internet of Things (IoT) security over the next two years,” said Morgan in his most recent market report. “The automotive industry will be one of many IoT markets where we will see VC money flowing.” 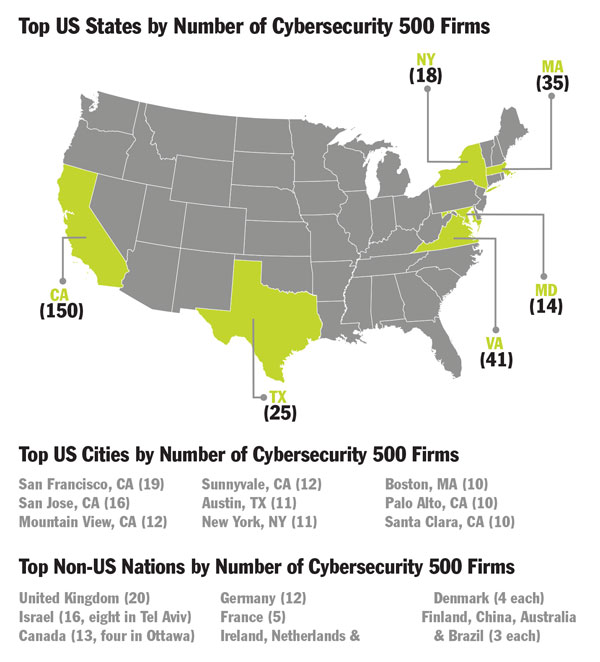