Region on the Rebound 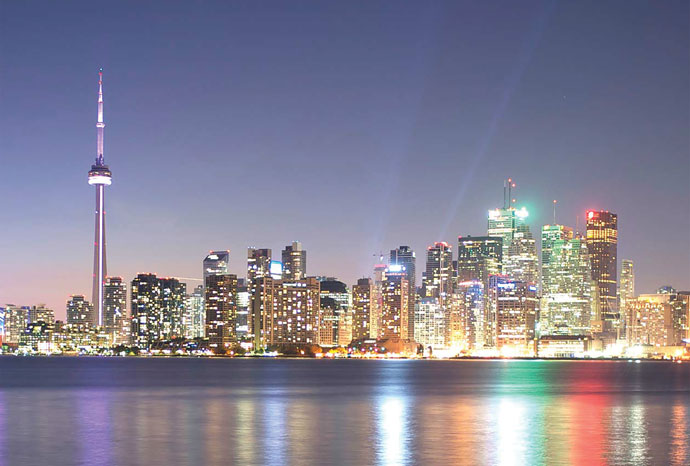 f the Great Lakes Region — the eight US states and Ontario — were its own economy, it would be the fourth largest in the world, behind only the United States, China and Japan in terms of GDP, which is pushing $5 trillion. A diverse industrial base with a resurgent automotive sector, vibrant cross-border trade linkages and an improving North American economy are the main drivers of this region’s contribution to North American economic output, according to recent research from Bank of Montréal Capital Markets Senior Economist Robert Kavcic, who is based in Toronto, Ont.

The region’s manufacturing sector was hit hard by the Great Recession, but that is increasingly in the past as the benefits of gradual economic diversification take shape. Modest economic growth is back, and labor costs are in focus, but some challenges remain. Kavcic was in the process of updating his Great Lakes Region analysis as this issue went to press.

But the following is his take in March 2015 on several points his research addresses. (Visit www.bmocm.com/economics for more details.)

Site Selection: Are you more optimistic or less so about the Great Lakes Region’s economic vitality than you were this time in 2014?

Robert Kavcic: Optimism has increased for the Great Lakes economy, largely tracking the improved outlook for the broader US economy. Ontario and Québec will also be little-affected by the slide in oil prices, unlike some other provinces — these economies will benefit from the combination of a weaker Canadian dollar and firm US demand.

SS: Is the automotive sector still the driving force behind the region’s comeback like it has been recently?

R.K.: The auto sector is in very good shape with demand and production back to pre-recession levels. In Ontario, however, production is running up against capacity constraints, leaving little more room for growth — and longer-term investment continues to shy away from the province in favor of the southern US and Mexico.

SS: Labor costs are a major factor for the manufacturing sector and its ability to be competitive globally. Does labor availability factor into your analysis?

R.K.: Labor costs remain a challenge. Some states (Indiana, Michigan) have implemented right-to-work legislation to address this, but Ontario remains a high-cost environment, especially versus the southern US (much lower union presence) and Mexico.

SS: Which industry sectors are plateauing or slowing down in the region, if any?

R.K.: Manufacturing will likely see a continued cyclical rebound in the year ahead, but the longer-term trend is toward a gradually smaller presence in the Great Lakes region.

SS: Manufacturing is diminishing as a percentage of employment relative to service sectors. What does this mean for the region long term?

R.K.: Other sectors will have to pick up the employment—and they are. That said, some of these jobs are lower-paying/lower productivity than manufacturing jobs.

SS: Does anything in your analysis of the region point to one side of the border being a more attractive destination for new corporate facilities than the other?

R.K.: Both have their merits. More important would be measures to streamline trade throughout the region.

SS: Are there any likely trade and export policy changes coming this year that readers considering establishing operations in this region should be aware of?

R.K.: Construction of a second bridge between Windsor and Detroit will help improve the efficiency of trade through the region. 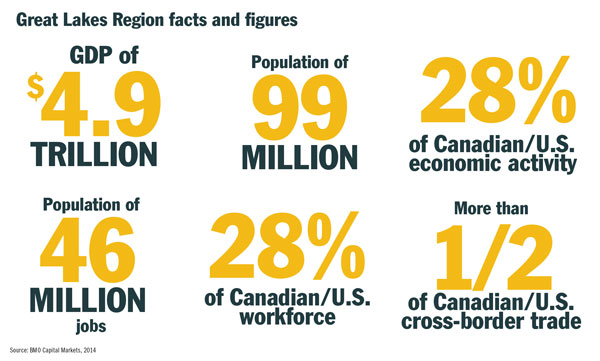