With so much project activity in the Gulf, is there room to turn around? 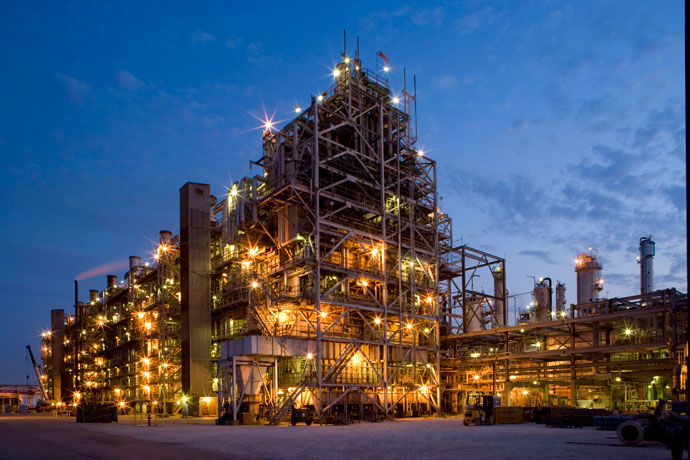 LyondellBasell is among the world’s largest producers of ethylene and propylene oxide. The Channelview complex is one of the largest petrochemical facilites along the US Gulf Coast, covering an area of nearly 3,900 acres (1,578 hectares).
Photo courtesy of LyondellBasell
by ADAM BRUNS
N

obody on the Gulf of Mexico wants to hear the word “spill.” Spillover, however, is another story.

The vaunted impact of the coming Panama Canal expansion has been cited for years as a boon to major ports on the Gulf and East Coasts hoping to see megaships with megaloads of containers. At the same time, the Gulf port areas are welcoming an unprecedented level of facility development activity across the oil & gas, petrochemical, plastics and energy sectors. In the Liquefied Natural Gas (LNG) export terminal category alone, the Federal Energy Regulatory Commission had approved five new Gulf Coast terminals as of April 14 (four of them are now under construction), has 13 more proposals before it, and is tracking 12 other terminal sites identified by project sponsors.

All of which prompt a naive-sounding question: With all the energy exploration activity out in the Gulf to navigate around, is there enough room to maneuver?

Dr. John Martin, founder of Pennsylvania–based transportation planning and economics consultancy Martin Associates, points out that such factors are part of the site analysis process already, and many of the proposed LNG projects are private terminals, so berth utilization at ports is not an issue. That said, vessel traffic and room to navigate will become issues as development ensues.

From 2007 to 2014, the total economic value that U.S. coastal ports provide in terms of revenue to businesses, personal income and economic output by exporters and importers rose 43 percent to $4.6 trillion, according to Martin Associates’ 2014 National Economic Impact of the U.S. Coastal Port System report. This accounted for 26 percent of the nation’s $17.4 trillion economy in 2014, up from 20 percent of a $16.1-trillion economy in 2007.

As bigger ports prepare to receive the giant container ships that will come through the expanded Panama Canal, there is speculation in the air as to where all the spillover shipping will go. Could some of the few dozen smaller ports in the Gulf reap a benefit?

“One of the things that will be important for the Gulf Coast ports is how many services they can leverage out of feeder ports,” Martin says, such as those in Kingston, Jamaica; the Dominican Republic; Balboa and Cristóbal in Panama itself; and Mariel in Cuba, which has expanded thanks to $1 billion in investment (mostly from Brazil) to expand the port and create a special economic zone.

Might the Cuban port complex complete the circle of Gulf Coast trade with the world?

Martin takes pains to point out that the Cuba opportunity, should US-Cuba relations continue to improve, is not an opening up in terms of massive growth in per-capita income. “Cuba has been served by every other country except the United States” for 50 years, he says. “Brazil is building the majority of the port in Mariel. There are a lot of relationships developed there already.” If there’s a logistics cost advantage to working something out with a US port, then it may happen, but if not, it won’t. “One has to be cautiously optimistic about Cuba.” 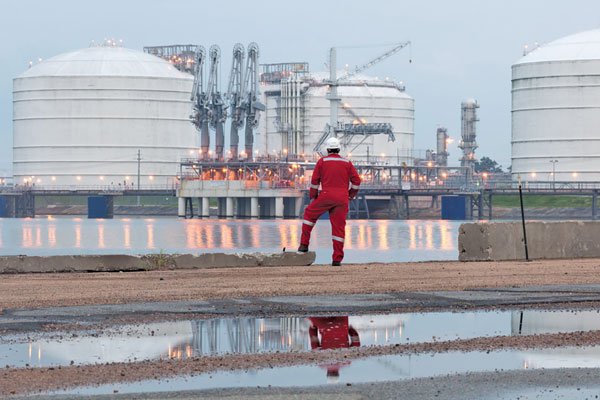 BG Group’s LNG and gas marketing activities include the Lake Charles, La., LNG import facility. BG Group was progressing applications and development plans for export of LNG from the Lake Charles facility, but that decision has been delayed due to low commodity prices.
Photo courtesy of BG Group

Less cautious optimism may be in order for Gulf Coast ports as that Panama Canal expansion completion date approaches.

“Even without 50 feet of water, you can still participate in this business,” Martin observes. “The key is you don’t use a big ship to make multiple port calls, because you lose your economies of scale doing that.” Ports without large local markets to serve with that first inbound port call will become more targeted for feeder operations, he says, and that comes down to actual vessel choices and relationships among carriers and terminal operators. “All of that is critical,” says Martin.

Roads and bridges are critical too. AAPA President and CEO Kurt Nagle followed Martin’s April presentation with a plea for more federal investment in infrastructure connected to those highly effective and growing US ports. “On the land-side alone, AAPA’s US member ports have identified at least $28.9 billion in needed investments by 2025,” he said.

Petrochemical investment and the Gulf Coast don’t have issues. They just keep going steady year after year. And there’s no sign of either side breaking off the engagement.

In Texas, LyondellBase announced in March plans to expand Tri-ethylene Glycol production capacity at an existing complex in Pasadena. Last September the company said it is evaluating further expansion of ethylene capacity at its plant in Channelview, in addition to work already underway to install two large cracking furnaces there. The company also is increasing ethylene capacity at two other Texas plants in La Porte and Corpus Christi.

In August, it announced plans to build a propylene oxide/tertiary butyl alcohol plant at a yet-to-be-named Gulf Coast location.

“While we have not finalized the exact location of the plant, the abundant natural gas liquids associated with shale gas make the U.S. Gulf Coast an advantaged feedstock region,” said Pat Quarles, LyondellBasell senior vice president of Intermediates and Derivatives.