How Iowa plans to seed an emerging industry via tax credits. 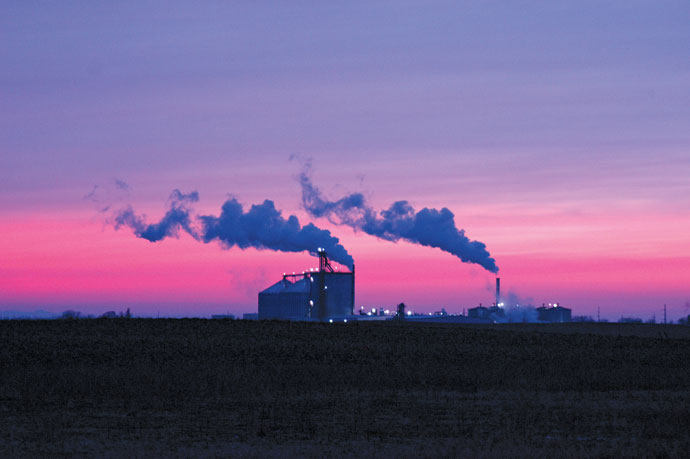 The innovative program comes in the form of a proposed renewable chemical production tax credit, which is currently making its way through the Iowa legislature. If passed and signed into law, the bill would authorize a performance-based tax credit for qualifying businesses that either start or expand in Iowa. The credit would be 5 cents per pound, with a cap of $1 million — or 20 million pounds — per eligible entity for up to 5 years.

“That is a worthy incentive. It will get the attention of this industry,” says John Warren, director of government affairs at Green Biologics Inc.

A UK-based company that makes n-butanol — a bio-based renewable chemical made from agricultural sugars — Green Biologics is investing into a new plant in Emmetsburg, Iowa, and plans to take advantage of the new incentive once it becomes law.

“We are in the business of producing renewable chemicals, and this new production tax credit is a good move by the state,” says Warren. “They are investing in something that is already happening and is already showing promise. We have figured out a way to generate very high yields and we are now competitive with petrochemicals.”

Iowa is a natural place for this industry to grow due to its abundant supply of the one raw material most needed by the renewable chemical sector — agricultural sugar. 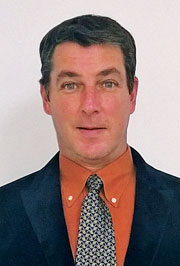 “That is a worthy incentive. It will get the attention of this industry.”
— John Warren, director of government affairs, Green Biologics Inc.

“We selected Emmetsburg initially because of the on-the-ground infrastructure. A small ethanol demonstration plant was there,” Warren says. “We could bolt on and add some capital equipment and reduce our risk. All permitting, utilities and tanks were in place and they can be re-used. You don’t have to develop a site and procure a lot of infrastructure and equipment.”

Green Biologics likes Iowa because “the state has wonderful sources of agricultural sugars and a high concentration of ethanol plants,” he adds. “When you look at your operational costs in this sector, close to 80 percent of your costs are in feedstock, and that is in abundant supply right here in Iowa.”

Warren says that the proposed tax credit “positions Iowa to be a leader in industrial alcohol. They have the right combination of factors here. If you are looking for a site across a range of states, those states that are willing to step up and support the industry financially have an edge. It is a big deciding factor. The visibility of state support is key. This moves Iowa to the top of the list.”

Green Biologics also maintains plants in Abingdon, UK; Gahanna, Ohio; and Central Minnesota. “Our commercial focus is in Central Minnesota, but we are also invested heavily in Iowa,” says Warren. “Our opportunity in Iowa is very good. We could expand the production capacity there. We are not going to stop at project number one. We will look at project number two and beyond. Iowa is at the top of our list for future expansions.”

That is exactly what state leaders want to hear. Debi Durham, director of the Iowa Economic Development Authority (IEDA), says that Iowa must invest in emerging industries if the state is to remain competitive in the future.

Getting Ready for What’s Next

“We have to look at what’s next — that was really the major takeaway from the Battelle Report,” says Durham. “That aha moment of the new Battelle Report was that if you continued down this traded clusters strategy, you would not continue to see the scale of growth that you see today. So we began a deep dive into those traded clusters to find the emerging opportunities.”

The renewable chemical industry proved to be one of those emerging sectors. “Iowa owns the bio-fuels space. We are first in ethanol production and second in biodiesel, but that is a commodity,” Durham says. “Iowa needed to think like a petroleum company. We needed to look at our existing industry and discover a way to harvest high-value chemicals from it.”

Iowa officials brought together industry experts and researchers from Iowa State University “and came up with something that had not been done in the nation. We tested the idea and drafted the legislation to provide a production tax credit for renewable chemicals. As a result, we should be the first to market with a fully refundable bio-production tax credit for 30-plus bio-chemicals that can be harvested from this rich fuel stream that we have in Iowa.” 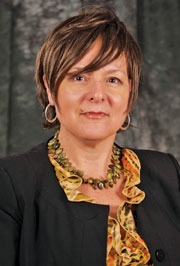 “We have to look at what’s next — that was really the major takeaway from the Battelle Report.”
— Debi Durham, director, Iowa Economic Development Authority

While the Battelle Report predicts that Iowa’s traditional traded industry clusters may grow by one percent a year moving forward, the growth potential for renewable chemicals is projected to be anywhere from 20 to 40 percent.

“This is receiving overwhelming bipartisan support in the legislature,” says Durham. “It is good public policy. It allows Iowa to set ourselves apart. I am confident that it is going to pass. Our governor is planning to go to BIO to talk about Iowa’s leadership position in this field.”

The tax credit, according to the bill, is set to sunset after 10 years. “Our governor does not believe we should subsidize an industry forever,” notes Durham. “Experts tell us that it will take five to 10 years for these bio-chemicals to reach cost parity with petro-chemicals, so we chose 10 years.”

Durham adds that “what sets it apart is that it is refundable and it is based on performance. It is targeting investment that is to come. Industry is very interested in this. We already have four projects that we are visiting with, and they came about only because of this tax credit.”

The state is setting aside up to $15 million annually to fund this program, but Durham believes that in two years this will not be enough. “First of all, we will put the governor on the national stage to promote this. We have developed a very comprehensive list of companies that play in this space. We will be contacting them and letting them know about this new incentive program. We are going to make sure that people know that this is one more thing that Iowa has added to the business climate here,” she says. 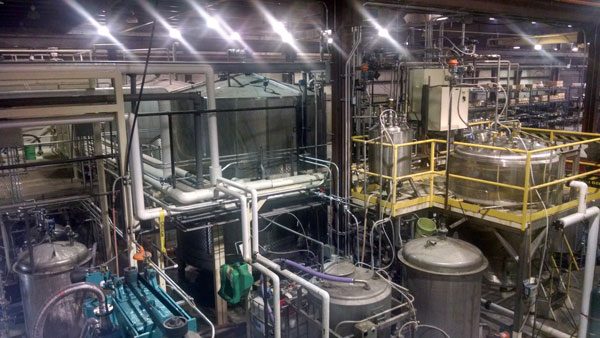 The seed and fermentation area inside the Green Biologics plant in Emmetsburg, Iowa — an operation that stands to benefit from Iowa’s new bio-renewable chemical production tax credit.
Photo courtesy of Green Biologics

Improving Iowa’s roads and highways are critical to maintain business competitiveness, notes Durham. “We also recently became the first and only state in the nation to hire a private sector logistics company to do a freight model for Iowa,” she says. “The Freight Optimization Study enables us to know where every piece of freight in Iowa is moving and where it is headed. We conducted this study because we wanted to identify pinch points and tension in our system, but the information is exceeding our expectations. It gave us a very sophisticated supply-chain portrait. As a result, we can now show companies how much they can save by bringing their operations closer to their point of origin. Also, it can help us model air attainment permitting for DNR.”

The Battelle Report will prove to be transformational for Iowa, says Durham. The following guiding principles emerged from the study:

From Cloverleaf to Curly’s

While state leaders figure out how best to implement these recommendations, Iowa continues to land more than its fair share of economic development. Cloverleaf Cold Storage’s recent headquarters expansion in Sioux City is a case in point.

Dan Kaplan, senior executive and principal with Cloverleaf, says his firm leased about 16,000 sq. ft. in a MidAmerican Energy building in downtown Sioux City. The company is now moving some 50 workers into that space. 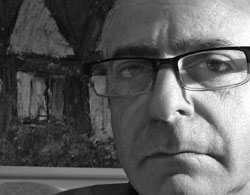 “We have had our headquarters in Sioux City since 1960. Sioux City remains the hub of the meat industry in the US.”
— Dan Kaplan, senior executive and principal, Cloverleaf Cold Storage

“We have had our headquarters in Sioux City since 1960,” Kaplan says. “Sioux City remains the hub of the meat industry in the US. We work with all kinds of meat companies. This remains a real hub of knowledge in the meat industry. We simply outgrew our space and needed to find a new home.”

Kaplan admits that “we examined whether we should move to South Dakota for tax benefits, but the state of Iowa came through with an offer to keep our office here through a targeted jobs tax credit program. Frankly, it helped us justify doing what we wanted to do. The targeted jobs tax credit helped us redouble our effort to find a place downtown.”

Kaplan adds that “MidAmerican Energy put together a very attractive real estate deal for us. We had not leased office space since 1958. We prefer to own all of our buildings. We have pretty high standards. With MidAmerican, they have very high standards too, so we don’t have to worry.”

Kaplan notes that while he knows some people who chose to move their businesses to South Dakota, “staying in Sioux City was absolutely the right decision for us. We raised four children through the Sioux City public schools. We had kids who were very well prepared to go to prestigious universities right out of Sioux City public schools. My wife and I both love Sioux City, and neither one of us grew up here. I grew up in Mankato, Minn. My wife grew up in Chicago and Milwaukee. We came to Sioux City on a two-year trial and never left.” 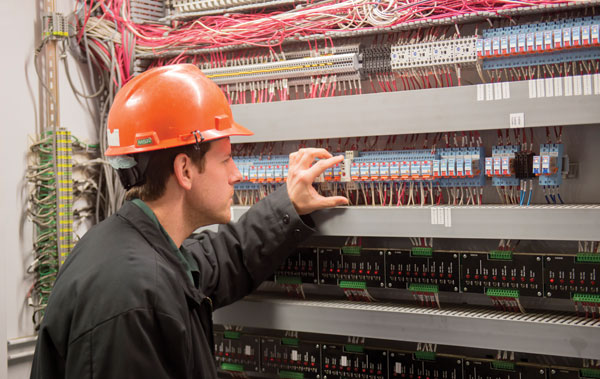 Also investing in Sioux City is Smithfield Foods, which announced April 15 that it will pump $9 million into expanding its production capacity at its Curly’s facility in the city.

The construction project increases Curly’s existing facility by about 21,000 sq. ft. and will add 25 to 30 new jobs upon completion.

“We’re very excited about this new facility because it will help us meet growing customer demand for our company’s high-quality, ready-to-eat and cooked products,” said Bob Brady, vice president and general manager of the Curly’s plant. “This boosts Sioux City’s economic development because these will be good-paying jobs.”

This Investment Profile was prepared under the auspices of the Iowa Economic Development Authority. For more information on Iowa, contact Tina Hoffman of the IEDA at 515-725-3150 or by email at tina.hoffman@iowa.gov. On the Web, go to www.iowaeconomicdevelopment.com.