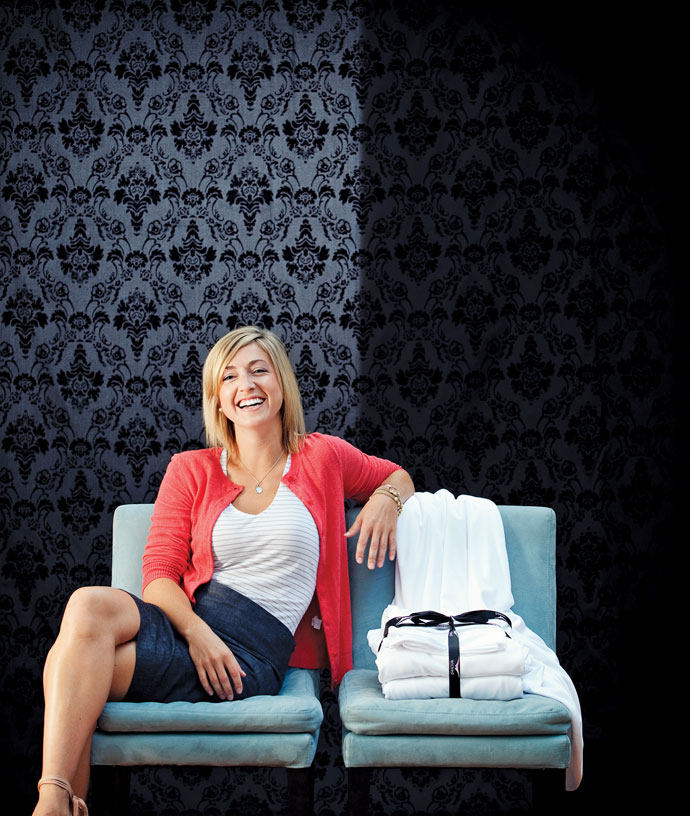 ivic leaders love talking about how small businesses and entrepreneurs are the backbone of the local economy. But talk is cheap. The Commonwealth of Kentucky has a highly regarded entrepreneurial climate because it’s invested heavily in resources — programs, initiatives and especially funding — to actually help entrepreneurs and startups create momentum. The investment is paying off.

In 2014, the State Entrepreneurship Index (SEI) placed Kentucky fourth in the nation for creating a climate where businesses grow and thrive. The state was the biggest mover in the ranking, rising 45 spots in the index from the previous year, when it languished at 49th. Only North Dakota, California and New York ranked higher than the Bluegrass State.

Alli Truttman of Louisville is one of those Kentucky entrepreneurs. The founder and CEO of Wicked Sheets, Truttman (pictured) was working in the psychology/healthcare sector, counseling autistic children, when her own long-term medical condition — hyperhidrosis or excessive sweating — led her to take the entrepreneurial plunge.

The Kentucky Innovation Network peppers the state with 13 offices from Pikeville to Paducah, taking entrepreneurs from idea to launch.

“It came out of one of those whispered conversations about night sweats with my pregnant cousin,” says Truttman. “Her husband walked past wearing a moisture-wicking golf shirt and I jokingly said we were going to cut up his golf shirts and make them into bed sheets. We laughed, but my dad said, ‘That’s not a bad idea.’ I decided to see if I could do something with it.”

Truttman started with about $10,000, buying rolls of fabric from Portland, Ore., and cutting the fabric herself. She found someone in Louisville to sew the sheets and began sending them to customers to get feedback.

The turning point came when an angel investor gave her $75,000 and she tapped into the city’s support system for entrepreneurs. “I met up with Lisa Bajorinas, director of the Kentucky Innovation Network at Greater Louisville Inc., and the folks at Enterprise Corps. Once I started meeting those people, I learned more and began explaining myself less. They knew and understood where I was and how to help me, and the learning curve shortened.”

Wicked Sheets are now made just up the river in the Cincinnati, Ohio, area. They are sold online and in retail stores, like Brookstone.

Truttman has since learned even more about the entrepreneurship infrastructure offered by the state. The Kentucky Innovation Network peppers the state with 13 offices from Pikeville to Paducah, taking entrepreneurs from idea to launch. The Network is operated by the Office of Entrepreneurship, part of the Kentucky Cabinet for Economic Development. Tax credits are available for small businesses and angel investors. A statewide pitch competition administered by the Innovation Network offers thousands of dollars in prizes for winning business plans.

In an especially pioneering move, the state created the Governor’s School for Entrepreneurs. The highly popular, three-week program offers high school students the chance to learn from business leaders and entrepreneurs. The students design and pitch their own business plan. It’s a fresh approach to keeping the entrepreneurship pipeline full.