Best of the Bunch

JLL and the world’s top companies see eye to eye when it comes to certain spots on the globe. 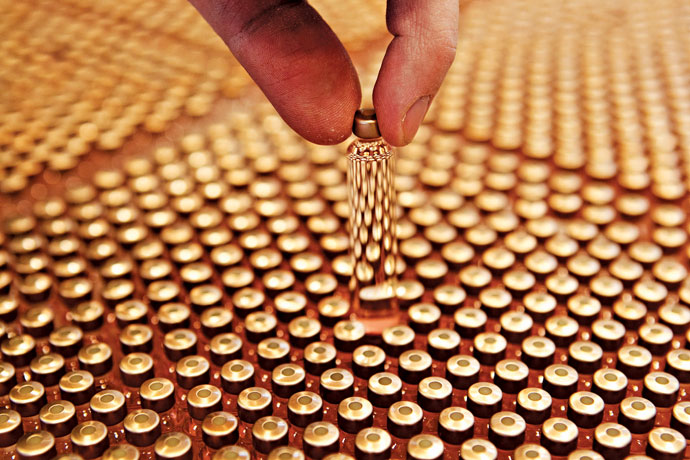 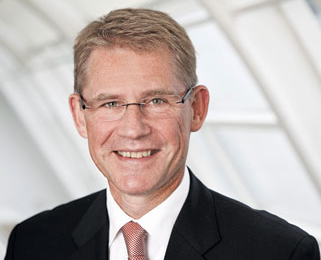 LL’s annual life sciences cluster report, released in March, highlights the top global and top US clusters (see charts), including “10 Cities in the Spotlight” that JLL’s Roger Humphrey, head of JLL’s life sciences team, has on his “Global Watch List.”

Those lists correspond quite closely to the global location highlights of some fast-growing companies.

Denmark’s Novo Nordisk employs more than 41,000 in 75 countries, and may be poised to increase its investment in North America, where it already employs 6,465 people (more than 5,000 of them in the US).

During a panel discussion at the SelectUSA Investment Summit early this spring, Lars Rebien Sørensen, president and CEO of Novo Nordisk, said the company historically has manufactured in the US purely for domestic use, “but we are standing at a crossroads to make a significant investment in the United States to move ingredient manufacturing.”

Noting that all the company’s processes and product development are global in nature, nevertheless, he said, “Manufacturing in the US for us is easier for the US market because of the understanding of the regulatory environment, and the highly educated engineering staff required for our manufacturing is located here. By continuing to invest in the United States, we assure ourselves of staying ahead.”

Since 2000, Site Selection has tracked five different investments in insulin manufacturing at Novo Nordisk’s facility in Clayton, N.C. (not far from the Research Triangle, fourth on JLL’s US list). The company’s growth trajectory has also included R&D investment in North Brunswick, N.J., and a new $225-million US headquarters that opened in Plainsboro, N.J., in April 2013. New Jersey is also in JLL’s Top 10. Reflecting Novo Nordisk’s expectations for continued growth in the US, the company’s initial plans were to occupy 75 percent of the building’s total capacity, leaving room for future expansion.

The company has maintained an R&D facility in Seattle, Wash., since the early 1990s. Seattle is 10th on JLL’s US cluster list, and also one of its 10 global cities to watch. Last September Novo Nordisk cut just over 60 jobs there in closing an inflammation research center, then promptly announced it would create 60 jobs in a new obesity program. 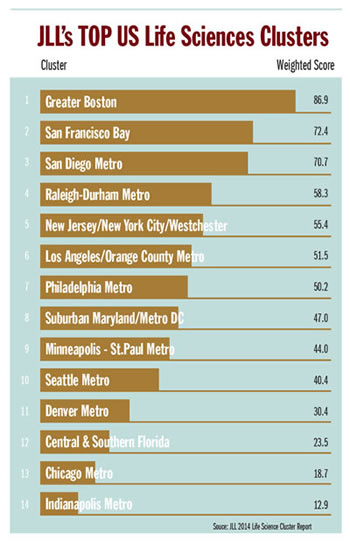 One Company, Many Nations

Some sites, while not in clusters, are close enough. In October, the company began hiring up to 80 people at a newly purchased facility in West Lebanon, N.H., for the manufacture of products for the treatment of hemophilia in the US. The site is halfway up the state line between New Hampshire and Vermont, but still within an easy drive of the top US life sciences cluster, Greater Boston.

“We’re pleased to be bringing this site back to life, and make it a part of Novo Nordisk’s growing network of manufacturing sites,” said Steen Weber Jensen, corporate vice president, Novo Nordisk.

“We need to develop products for the global market,” Sørensen said at SelectUSA. “It’s a very regulated business, and at each step of the innovation cycle, we harness the creativity of small companies and academia. It’s a very rigorous global process. For pharmaceutical companies, it’s attractive in the US because, one, it’s the largest market, and two, it’s a regulated environment with transparent governance, and approval in the US goes a long way toward ensuring approval elsewhere.”

GlaxoSmithKline’s location choices are as powerful a linchpin in an area’s hub status as any other factor.

In April the company announced Rockville, Md. (part of JLL’s No. 8-ranked US life sciences cluster), would become one of its three global vaccines R&D centers, alongside centers in Rixensart, Belgium, and Siena, Italy.

In March GSK signed an agreement with Boustead Development Partnership to develop and lease a new building in Singapore that will be the company’s new global headquarters for Asia. 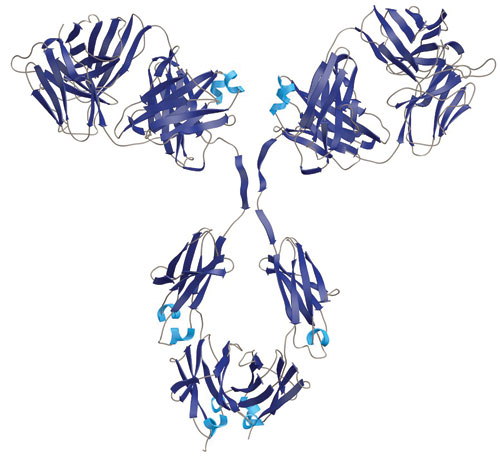 Novo Nordisk’s therapies for hemophilia include use of the monoclonal antibody mAb2021.
Image courtesy of Novo Nordisk

“GSK and Singapore’s histories are entwined,” said Sir Andrew Witty (pictured), CEO, GSK. “Since building our first site at Quality Road in 1972, we have continued to significantly expand our footprint, capability and talent base. In our experience and my own personal experience, Singapore excels in fostering talent, supporting business growth and offers an excellent base to access Asia.”

“Efforts by The WestHolland Foreign Investment Agency (WFIA) aided 42 company relocations/expansions during 2013, the most commitments in 13 years,” says JLL. The WFIA area southwest of Amsterdam includes such cities as The Hague and Delft, and is a 30-minute drive to both Amsterdam International Airport Schiphol and the Port of Rotterdam.

Sixteen of the 40 foreign investment projects acquired and assisted by WFIA in 2014 were from China, including nutraceutical firm Shanghai Freemen. The WFIA region joins already successful life sciences clusters in Amsterdam (where Stryker Corp. just opened its new European Regional HQ) and Brabant.

“Nicknamed ‘China’s Silicon Valley,’ Zhongguancun is the one of the densest scientific, educational and talent resource bases in China,” says JLL, with further expansion planned. “Through 2015, the hub will further improve its science & technology cities, promote the development of the northern R&D and industrial belt, and the southern high-tech manufacturing and emerging industrial belt.”

Korea’s government “plans to invest approximately $5.3 billion in its development over the next 30 years,” says JLL, and six governmental institutions will relocate to Osong, including the Ministry of Food and Drug Safety and Korea National Institute of Health.

“Russia’s spend on medicines has grown dramatically over the past five years and is expected to grow anywhere from 8.0 to 13.0 percent by 2020,” says JLL. “Private medicine is on the rise and the Russian government, currently the biggest spender, is also focused on growing domestic capabilities.”

“A start-up friendly infrastructure further bolstered by new R&D park,” says JLL. “Country-wide, industry companies have grown more than 400 percent since 1996. Several incubators have been created to encourage new talent and foster mentoring, which continually attract multi-national interest. A sizable high-tech presence and infrastructure to support start-ups provide additional resources.” Merck KGaA, among others, in 2014 continued to take or raise stakes in several life sciences startups at its own Israel Bioincubator in Yavne, on the city’s southern outskirts.

“Poised to join the ranks of Boston, San Diego and the Bay Area with strong R&D capabilities,” says JLL. “The industry and lifestyle dynamics of Seattle strongly mirror those of well-established life sciences hubs in the United States. Specifically nearly half of life sciences employment is based in R&D functions, and its coastal geography and urban environment are highly sought after by the younger generation of workers.”

“A rich infrastructure for biotech and R&D bodes well as the industry favors smaller, nimbler organizations,” says JLL. While Montreal and Quebec City hold their own as life sciences R&D and innovation capitals, “among the major Canadian cities with active life sciences industries, Vancouver has the greatest share of R&D jobs,” says JLL, “and tends to feature more start-ups and small to medium-sized companies, as opposed to large pharmaceutical campuses.”

Among the places incubating scientific and digital startups in Vancouver is wireless technology incubator Wavefront, where the MoleScope skin cancer screening device has been developed by CEO Maryam Sadeghi (a Simon Fraser University graduate) and her team.

“Brazil currently ranks second among global nations for the production of biotech crops and has the largest medical equipment market in South America,” says JLL. “Roughly 68 percent of medical device manufacturers are located in São Paulo, and the largest share of biotech companies among Brazilian cities.” 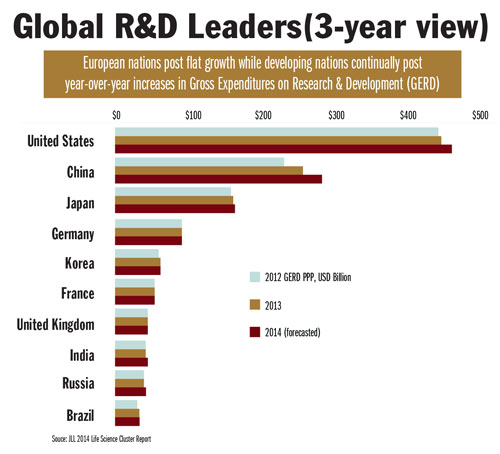