Of This You Can Be Certain

Why location does matter for business operations 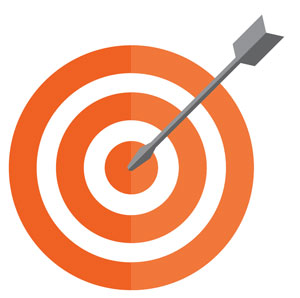 Benjamin Franklin is credited with saying, “Nothing is certain, but death and taxes.” While there may be certainty around both of those inevitabilities, there is often great uncertainty among business owners and managers about how tax policy (and tax and non-tax business incentives) affects different types of business operations — and, ultimately, their operation’s tax burden.

State and local tax costs are only one important location-sensitive cost factor for businesses. Other factors include cost of labor, utilities, transportation and facilities. That means the finances of two business operations in the same location will be affected differently depending on the combination of these factors. Specifically, business operations differ in types of activities, amount of property, payroll and sales associated with a physical location, as well as income streams, profitability and corporate structure.

Furthermore, given state and local tax authorities’ varying approaches to levying taxes, businesses typically face a combination of corporate net income taxes, gross receipts taxes, franchise taxes, property taxes, unemployment insurance taxes, and sales and use taxes. Depending on a state’s specific tax policy and tax rates, some or all of these items may ultimately impact the total amount of taxes a business owes.

Finally, the actual tax bill will frequently be affected by the availability of local and business incentives. These incentives, often provided to foster new job creation and investment, can be used to offset taxes and lower overall operating costs.

A Roadmap to True Tax Costs 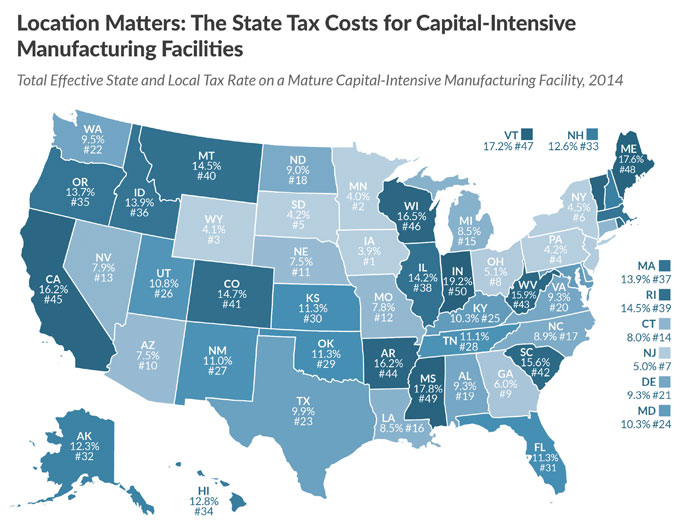 The study ranks states by tax costs for newly established operations (potentially triggering incentives) and mature operations (older than 10 years) in a Tier 1 city (major metro) and Tier 2 city (less than 500,000 in population) in each state.

To determine the true tax cost, statutory tax rates are considered in conjunction with other elements of a state’s tax system, specifically how income is “apportioned” to a state, what amount of activities are taxed, and which activities (or sources of income) are specifically excluded from tax. The study also evaluates other unique features of a state’s tax structure, including:

“Throw-out” and “throw-back” rules dealing with income earned in other states, but not taxed. 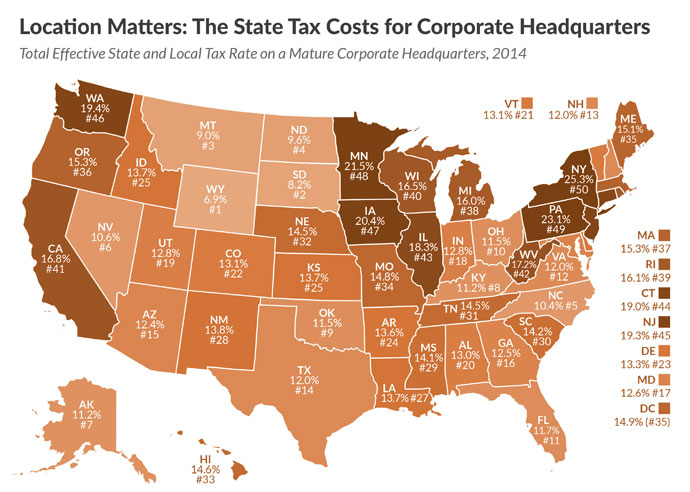 Real and personal property taxes, and sometimes additional local sales and use taxes, are levied at the local level and need to be considered as well. For example, 37 states impose a personal property tax on the value of machinery and equipment, and 11 states tax inventory.

Focusing on corporate net income tax, many states have previously reduced or are proposing to reduce rates, often with the goal of increasing economic activity in the state. New York State, for example, now has a zero-percent income tax rate for qualified manufacturers.

On the flip side, many states have looked to expand their base, taxing more activities or requiring companies to report corporate income on a “combined basis,” essentially adding together profits of all related subsidiaries.

These different approaches to tax policy mean that an individual business operation’s total effective tax rate is very fact-specific, and various business types are taxed differently in the same state, depending on that state’s taxing approach. As the “Location Matters” study illustrates, very few states consistently rank high across all business types, with the exception of Wyoming, which does not levy a corporate income tax and has a low sales tax rate (and is ranked first for labor-intensive manufacturing, distribution centers, and retail stores in the study).

While most states use a combination of tax and non-tax inducements, business incentives are often used to “level the playing field” among competing locations. State and local business incentives can temporarily, and sometimes significantly, offset a company’s tax burden and cost of operation by offering tax credits or payroll withholding tax refunds over a period of time, sometimes as long as 10 years. New Jersey’s rank of second for new corporate headquarters, but forty-fifth for a mature operation, or Kansas’ ranking of second for a new capital-intensive manufacturing operation, but 30th for a mature operation, helps demonstrate the impact of incentives. 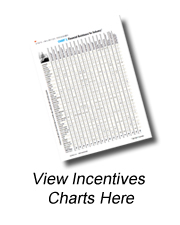 However, business incentives should not be evaluated in a vacuum. Rather they need to be considered as part of a company’s overall operations planning approach and as one component of its long-term cost of doing business. Not to be overlooked is the fact that virtually all incentive programs come with specific performance requirements and commitments to create and maintain employment and invest capital. Not meeting those requirements potentially creates a risk of recapture and a return to higher tax costs. In other words, business incentives do not always offset the tax costs related to new investment.

Many of the states with the lowest total tax costs in the “Location Matters” study achieve this result because they lack one or more of the major taxes, such as a corporate income tax or sales/use tax. Wyoming and South Dakota, which forego corporate income taxes, offer the lowest effective tax rates for mature headquarters at 6.9 percent and 8.2 percent, respectively. Montana and Alaska, which do not impose state sales taxes, are also very competitive at 9.0 and 11.2 percent. However, many other factors — for example, labor availability and costs, infrastructure, etc. — need to be considered. 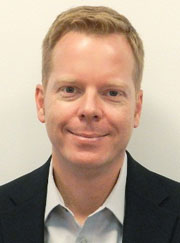 While taxes may be certain, business owners can draw some comfort that a range of options are available that can perhaps lessen their sting.

Ulrich Schmidt (ulrichschmidt@kpmg.com), based in Philadelphia, is a managing director in the State and Local Tax practice of KPMG LLP in the Global Location and Expansion Services (GLES) group, which provides US and global site selection services.