Tech companies are finding the infrastructure and workforce they need well outside of the Big Apple. 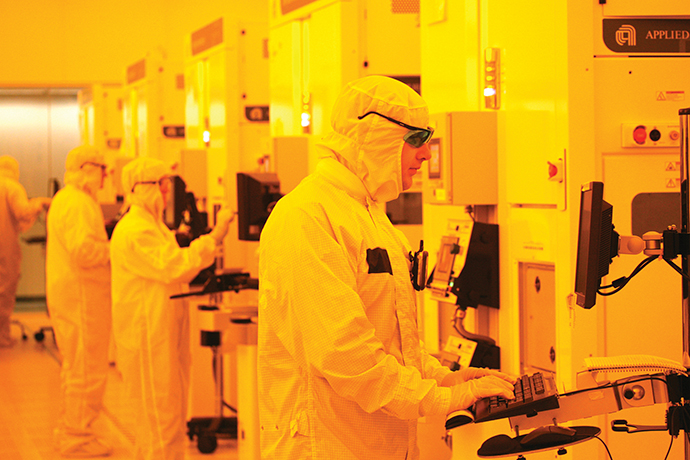 Following in the solar footpsteps of SolarCity’s $5-billion “GigaFactory” under construction in Buffalo, in early October, Massachusetts-based 1366 Technologies announced plans to become the anchor tenant at the Science and Technology Advanced Manufacturing Park (STAMP) in the Town of Alabama in northwest Genesee County. The company manufactures high-performance silicon wafers used in building solar cells. The $700-million investment makes it the largest economic development project in the county’s history. The company will build a new manufacturing facility in two phases and will create 600 new, full-time jobs over the next five years.

“They don’t look like anything special,” said 1366 Technologies Frank Van Mierlo of the silicon wafers that will be manufactured at the facility, “But their ability to impact the world is immense. We have radically redesigned the manufacturing process by combining four steps into one. This old process is being replaced by a process at 50 percent of the cost and only one-third of the energy. It’s especially important because the silicon wafer is the costliest component in a solar panel.”

Van Mierlo said that proximity to the region’s “tremendous talent pool” and low cost of hydropower made the location all the more attractive. Governor Andrew Cuomo and Empire State Development partnered with the regional economic development organizations in pursuing the project, offering an incentive package of up to $56.3 million and up to 8.5 megawatts of low-cost hydropower. The incentives were tied to job creation, and the grant portion will be used to build infrastructure and construct the initial 130,000-sq.-ft. (12,077-sq.-m.) facility that 1366 will lease for the next 10 years. The first phase of construction will begin in mid-2016 and is expected to be complete in 2017.

It’s not often a governor gets to announce close to 2,000 new jobs in one day, but Cuomo had the opportunity on August 20, 2015. A global leader in advanced sensor technology, ams AG, formerly known as Austriamicrosystem, announced plans to invest $2 billion to support a new 360,000-sq.-ft. (33,455-sq.-m.) manufacturing facility at the 450-acre (182-h.) Nano Utica site in Marcy. The company plans to create more than 1,000 new jobs as a result of the investment. The project is a plume in the cap of Cuomo, whose $1.5-billion Nano Utica initiative is helping to attract more and more high-tech projects in the Mohawk Valley region, creating a thriving nanotechnology ecosystem.

The ams project is a public-private partnership. The facility will be built by four entities — the State of New York, the State University of New York Polytechnic Institute College of Nanoscale Science and Engineering (SUNY Poly CNSE), Fort Schuyler Management (FSMC) and Mohawk Valley Edge — and leased back to ams for 20 years. Also known as a wafer fab, the ams facility will manufacture 200/300 mm wafers to support the company’s analog semiconductor operations. Construction of the ams fab will begin in spring 2016.

According to Dr. Thomas Stockmeier, chief operating officer of ams, the decision to locate in New York was driven by “the highly skilled workforce, the proximity to esteemed education and research institutions and the favorable business climate provided by Governor Cuomo and all the public and private partners we are working with on this important project.”

On the same day, GE Global Research announced plans to expand New York global operations at the Computer Chip Commercialization Center (QUAD C) on the campus of SUNY Poly in Utica. Together, GE and SUNY Poly will develop a Power Electronics packaging facility positioning New York as a leader in next-generation semiconductor R&D and commercialization. Advanced packaging technologies allow for the creation of faster, more powerful computer chips and silicon carbide chips for power electronic applications. This technology will be used in everything from defense applications to super-computing to cell phones. The project expects to create close to 500 jobs initially, adding an additional 420 jobs over 10 years.