Canada’s outposts of the creative economy help drive these territories to the top. 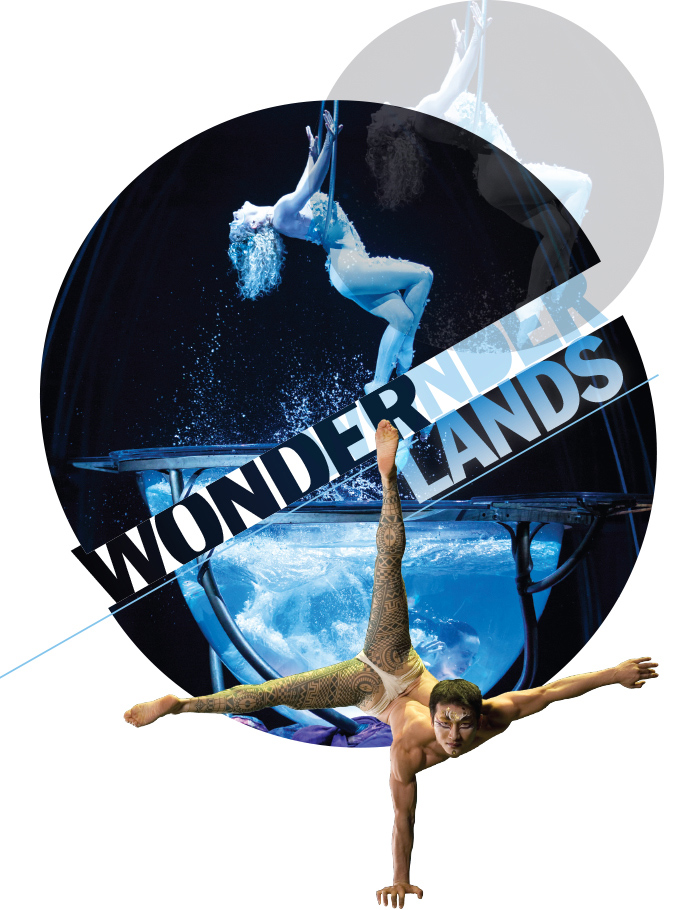 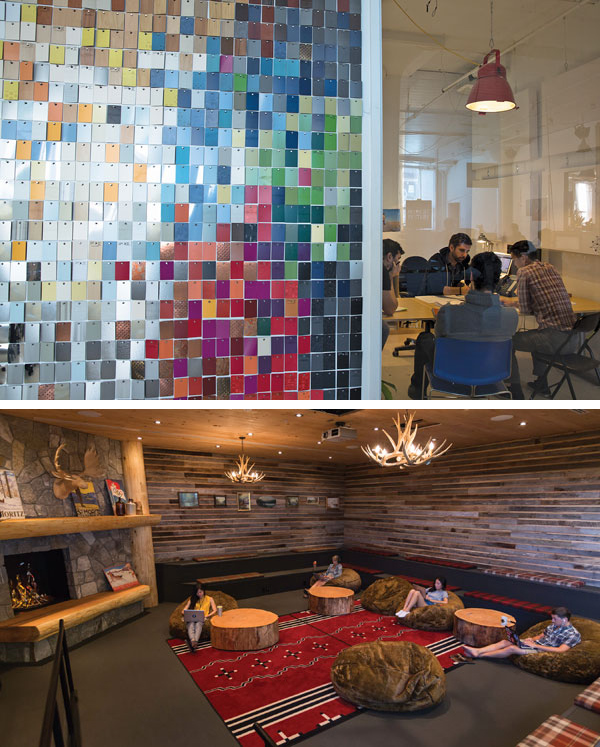 Think of Québec, and the first thing that comes to mind may be Cirque du Soleil, the incredible blend of acrobatics, artistry and spectacle that Guy Laliberté founded in Montréal 30 years ago. Its worldwide popularity has made it a source of provincial and national pride. It also led to Cirque’s $1.5-billion acquisition this year by US-based investment firm TPG, the Caisse de dépôt et placement du Québec and TPG’s Chinese partner Fosun. They aim to have Cirque pitch its tents across China, but keep its HQ in Montréal.

There’s no better example of a global Canadian enterprise than Cirque, which has grown from 20 street performers in 1984 to 4,000 employees today, including 1,300 performing artists from nearly 50 countries. FDI trends show plenty of companies from many of those countries choosing to pitch their tents in Québec with facility investments as well as acquisitions.

Site Selection awards the Canadian Competitiveness Award each year to the provincial economic development agency that performed the best during the 12-month period ending in March of the current calendar year, as tracked by several calculations based on project data from the magazine’s proprietary New Plant Database, which tracks corporate facility location and expansion investments. This year that award goes to Investissement Québec, as the province edges out surging Ontario for the top spot.

Cirque is not alone with its Québecois penchant for creative spectacles and fun workspaces translating into prosperous growth. Look at Moment Factory, a media and entertainment studio based in Montréal that combines artistic disciplines to create remarkable, once-in-a-lifetime experiences all over the world. Its employees come from all over the world too, and have grown in number from 10 people just eight years ago to 150 today.

Based in a building that is non-descript on the outside but a creative wonderland on the inside, the company cultivates a “digital campfire” philosophy around the slogan, “We do it in public.”

“Emotion is at the core of our projects, and is what defines us,” says Gabriel Gesualdi, lead designer and art director. “How can I make the people feel the same amount of excitement that I am feeling now in that moment?”

“We are in constant, accelerated growth,” says Matei Paquin, Moment Factory’s director of development, not least because of Montréal’s creatives, great universities and multicultural society. A tour of Moment Factory’s HQ includes body-heat video wizardry and mock-ups of past experiences and environments the company has developed for Sacra de Familia cathedral in Barcelona, LAX and a Madonna tour, among others.

“All of our wish lists of past years have happened before we thought they would,” says Paquin. “The next big one on the bucket list is something on the moon.”

Back on Earth, companies continue to turn earth on major projects, with some communities catapulting themselves above the crowd.

Each year Site Selection also recognizes the Top 10 Canadian Economic Development Groups representing regions or municipalities, as well as Honorable Mention groups. For this honor, in addition to tallies and per-capita calculations based on available New Plant Database information, we also paid close attention to such subjective but tangible factors as regional partnership, proactive programming and legislation and quality data and Web resources.

“The Film Centre will provide thousands of Calgarians a place to hone their industry skills, allow the city to compete for screen-based production globally, and continue to diversify the Alberta economy.”
— Calgary Mayor Naheed Nenshi, Oct. 2014

Programs & Initiatives: Recently partnered with Innovate Calgary’s Kinetica Ventures, which seeks to marry high-tech with the needs of the energy sector; released a 10-year economic strategy; conducted people attraction missions to the Ontario, the UK and Ireland.

Did You Know?: Calgary has the highest per-capita head office concentration in Canada, having grown its headquarters cluster from 99 in 2005 to 150 in 2014.

“We took a chance, quite frankly, and it’s been phenomenal.”
— Adam Runge, Senior Officer, Invesco, speaking to The Guardian in Oct. 2014 about the company’s C$8-million investment in a 150-job expansion in Charlottetown

Programs & Initiatives: The Historic Charlottetown Seaport is getting an C$18 million facelift; sports tourism continues to attract significant dollars to the city and the island. The PEI BioAlliance was awarded $3.8 million in federal funding as one of 15 accelerator/incubator projects.

Did You Know?: The University of Prince Edward Island serves an enrollment of approximately 4,000 students, and boasts several life sciences graduate programs.

Programs & Initiatives: Launched with Edmonton Tourism the Destination Activation initiative to aid in the staging of major events; Edmonton will host the 2022 Commonwealth Games.

Did You Know?: As of June 30, 2015, despite the energy sector’s slowdown, the city had issued building permits worth $2.365 billion in construction value, a 14-percent increase over the same period in 2014.

“We are very pleased to partner with NEOMED to create a unique Biologics and Vaccine Centre of Excellence.”
— Paul Lirette, President, GSK Canada Pharmaceuticals, Feb. 2015

Programs & Initiatives: Dedicated immigration service for tech talent; TechnoMontréal brings together players in the private, institutional and public ICT sectors of Greater Montréal, which together provide 93,000 jobs in 4,700 organizations; city created a new Smart and Digital City office; since 2007, more than $1.5 billion of projects have been developed in the Quartier Des Spectacles Montréal, a public space created in an area formerly known for its illicit activity.

Did You Know?: More than 80 global non-governmental organizations have chosen Montréal as a headquarters location.

“We were impressed by the openness and energy of the regional stakeholders and by Québec City’s advantages in terms of qualified workers, competitive operating costs, infrastructure, and quality of life.”
— Larian Studios President and Founder Swen Vincke, March 2015, announcing a new 40-job game development studio in Québec City

Programs & Initiatives: The economic impact of the investment projects in which Québec International’s foreign investment team was involved in 2014 alone amounted to $57.2 million in spinoff; Seven prospecting missions in 2014 enabled meetings with 167 potential investors; Québec International and the City of Québec co-launched the first activities of Québec City’s LE Camp incubator/accelerator in February 2015.

“Consistently having the lowest unemployment rate in Canada means a sustainable and reliable job market that speaks volumes to business and industry when they are looking for jurisdictions to invest in.”
— Saskatchewan Immigration, Jobs, Skills and Training Minister Jeremy Harrison, August 2015, on the news that the province has had the lowest unemployment rate in Canada for 22 months, aided by Regina’s low rate of 4 percent

Programs & Initiatives: Statistics Canada ranked Regina as Canada’s most productive city, based on GDP per capita; target sectors include fabricated metal manufacturing, machinery & equipment, food processing, events and tourism; mining and ag continue to bolster Regina and its province — The value of Saskatchewan’s mineral production in 2014 was C$7.3 billion.

Did You Know?: At 2,300 acres (930 hectares), Wascana Park one of the largest urban parks in North America.

“Because we’re a startup from the University of Toronto, we always wanted to be in Toronto.”
— Shawn Chance, Vice President of Marketing at wearable security technology firm Nymi

Programs & Initiatives: Invest Toronto engaged 158 FDI opportunities in 2014, with nearly equivalent numbers from the US, UK and China, and India rising in its sights. The city’s four universities and four colleges host 200,000 students annually. Legacies of the 2015 Pan Am Games include new neighborhoods like the West Don Lands, a revitalized waterfront and the Union-Pearson Express train between downtown and Pearson International Airport.

Did You Know?: Toronto’s regional population broke 6 million for the first time in 2014. Stretch to within an hour’s drive and the total swells to 10 million.

“I’ve worked from Abbotsford to Abu Dhabi, and this is the best place in the world — it’s helping us draw in people, and customers who want to travel here.”
— Mike Morrow, founder of first responder wearable technology firm CommandWear, which got its start in Vancouver wireless technology incubator Wavefront

Programs & Initiatives: Green jobs grew by 19 percent over the past three years, and 450 acres (182 hectares) of land are set aside as a green enterprise zone; 3.2 million sq. ft. (297,280 sq. m.) of new commercial office space is coming online in the next year; dark fiber built out for the Olympic Games supports a growing tech sector, and may help the city form new digital districts.

Did You Know?: Vancouver’s airport is the closest in North America to China and Asia; 44 percent of Vancouver’s population speaks English as a second language.

“The property at CentrePort provided what we were looking for — access to the workforce, ease of transportation and a central location.”
— Glen Henderson, Vice President and GM, Canada, ISCO Industries, August 2015

Programs & Initiatives: CentrePort Canada has continued its efforts to raise awareness of Winnipeg’s competitive advantages and benefits of an inland port megasite. The federal government provided $5 million in financial support to the Orthopaedic Innovation Centre (OIC) to develop an Advanced Digital Manufacturing Hub (ADMH). Since its establishment in 2003, the Composites Innovation Centre has initiated more than 300 projects with 119 industry partners and 40 government agencies.

Did You Know?: Winnipeg was first among 26 major centers in the US Midwest and Western Canada in KPMG’s 2014 Competitive Alternatives Study.