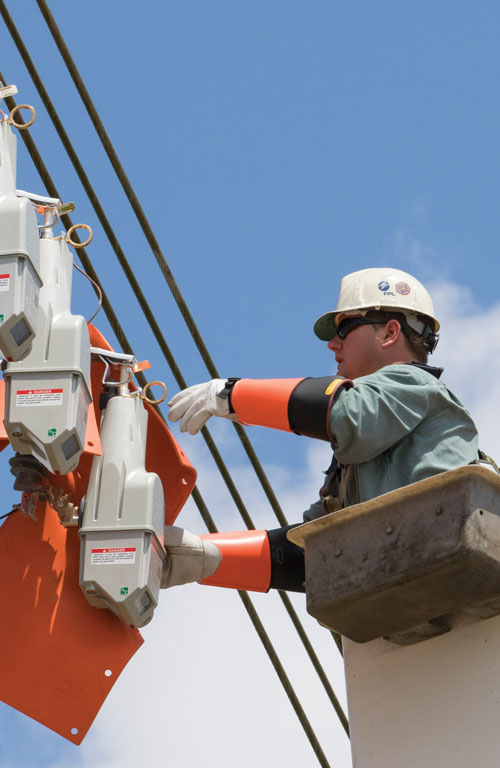 To serve customers and help them grow, FPL and the state it calls home look to high-tech solutions.

Similarly, if your company is not high-tech, then your revenue, customer ratings and employee satisfaction likely aren’t too high either.

Florida is positioning itself to be a high-tech capital for the U.S. and the Americas. FPL’s focus on the sector is helping make the case.

“Every industry these days has a tech component, beyond traditional IT,” says Crystal Stiles, the manager of economic development at FPL. “Aviation/Aerospace, Life Sciences, Clean Energy, Financial Services … all of these sectors rely on technology, and Florida is poised to support them all. Not only with our physical infrastructure, but with our workforce.”

Just ask newly appointed Florida Secretary of Commerce Bill Johnson, also president and CEO of Enterprise Florida, Inc. His message is simple: We lead America in job creation, and we don’t intend to relinquish that lead.

“We’re already the third most populated state,” he says, “and we’re the second-fastest-growing — we will grow by 300,000 new residents this year alone.”

The attractants, says the 35-year veteran of Miami-Dade County government, still begin with a climate that makes living nearly as easy as visiting (100 million visitors will land there this year). But they also include two straight years of $11 billion invested in the state’s infrastructure (FPL alone has made $2 billion worth of upgrades over the last decade to strengthen its grid to be more resilient to weather-related impacts); a quality workforce that pays no personal income tax; and a crime rate that’s reached a 45-year low. 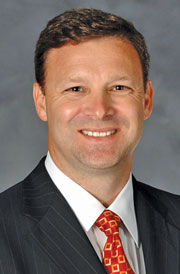 “Florida continues its strong economic rebound, attracting new good-paying jobs from around the country, and I look forward to engaging with my colleagues in sharing what has worked for us in ensuring a robust business climate here in the Sunshine State.”
— Eric Silagy, FPL President and CEO, on being named to the U.S. Chamber of Commerce Board of Directors in June 2015

Florida is the No. 3 state for high-tech establishments according to Tech America Cyber States, and the third-largest exporter of high-tech products. Its 26,000-plus IT companies include such firms as Citrix, Jabil, Symantec, Electronic Arts, IBM and Motorola. The state is known for strong clusters in modeling, simulation and training, as well as photonics.

Noting the booming I-4 corridor from Tampa Bay to Orlando, Johnson says many Florida cities are surging. “Florida is an international brand. In the future, Florida will be the Hong Kong or Singapore for all of the Americas — and not just in Miami. There’s a reason Hertz put its worldwide headquarters right outside Naples.

“I was just in Silicon Valley for 24 hours,” says Johnson. “There’s no reason why Florida shouldn’t move from third to second to first as the best location for tech companies who say, ‘Wow, we really need to have a presence in Florida — it looks like what the rest of America will look like in the coming years in terms of diversity.’ People are multilingual, young and hip. It isn’t the Florida of yesteryear when people piled into a car and came down here to get sunburned. They also come here to live and invest.”

What they find when they get there is a place where taxes and costs keep getting lower, and where connections to markets in the Americas and Europe keep getting stronger. Some of those connections are literal: the state’s 15 seaports, or the many undersea cables that make the state the Internet gateway to Europe and Latin America — there’s a reason that one of the largest data centers in the world, Terremark’s NAP of the Americas, is in Miami.

Other tech infrastructure that makes the state appealing includes the network laid out by companies such as FPL Fibernet, a subsidiary of FPL parent NextEra Energy that has made multi-million dollar investments to build an internal, in-state fiber-optic network.

All of the above are built on a workforce that ranks fifth nationally in high-tech employment, thanks in part to a steady stream of computer science and engineering graduates from in-state schools. Seventeen of those schools offer engineering programs, and an increasing number offer degrees in specialized fields related to IT, including material science, photonics, optics, microsystems and nanotechnology. 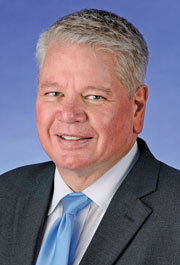 Nurturing those fields are such programs and organizations as the Florida High-Tech Corridor; the eight-county Tampa Bay Technology Forum, Rollins College’s Tech Initiative for Entrepreneurs; and The Space Coast Tech Council.

“Florida is committed to grooming ‘digital natives’ in anticipation of the workforce needs of tomorrow,” says Johnson, saluting what he calls “unbelievably collaborative” training and research partnerships between higher education and growing firms. ICAMR, the international consortium for advanced manufacturing research, is Central Florida’s newest tech endeavor, focusing on smart sensors. The University of Central Florida in Orlando is home to a major photonics incubator. And Florida State University in Tallahassee is home to the national High Magnetic Field Laboratory, the High-Performance Materials Institute and the Center for Advanced Power Systems.

Sometimes the university partnerships are project-based, such as the new 1.6-megawatt commercial-scale distributed-solar power facility FPL is installing in the parking lot of Florida International University’s Engineering Center in Miami, providing both power and a research opportunity. FPL operates three solar power plants in the state, and recently announced plans to cost-effectively triple its solar generation in Florida by the end of 2016.

“Florida’s universities are all focused on creating a workforce to support the high-tech needs of today’s companies, and anticipate the needs of the future,” says Stiles.

This Investment Profile was prepared under the auspices of Florida Power & Light Company. For more information, contact Crystal Stiles, Manager, FPL Office of Economic Development, at 561-694-4112, or by email at Crystal.Stiles@FPL.com. On the Web, go to www.PoweringFlorida.com