In Hoosier Energy territory, logistics and talent are every bit as central to economic development as power use. 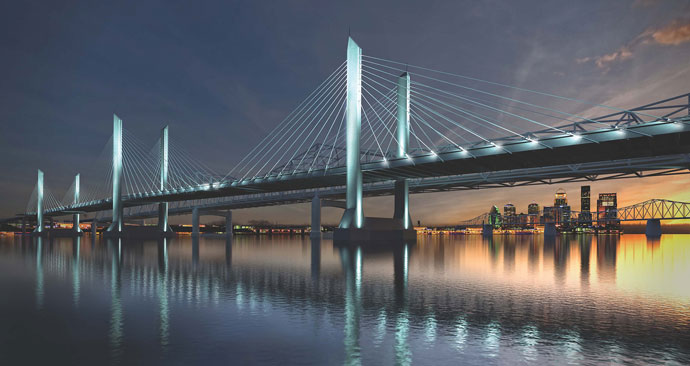 You’d expect a utility to be pretty good at helping companies in power-intensive industries expand and grow, so that their power-usage footprints grow accordingly.

Hoosier Energy is plenty good at that: Witness corporate growth its economic development team helped bring to the finish line in 2014 from such companies as Grain Processing Corp. (two expansions valued at more than $78 million in Washington, Ind.), Mitsubishi Engine ($10.8 million and 73 new jobs in Franklin, Ind.); automotive supplier Valeo ($27.8 million and 70 new jobs in Greensburg) and Indiana corporate lodestone Cummins Engine ($15 million and 105 jobs in its headquarters hometown of Columbus, Ind.).

Last year was one of Hoosier Energy’s strongest years ever in economic development, with its 18 member cooperatives in Central and Southern Indiana and Southeastern Illinois helping bring to fruition 55 projects, totaling more than $607 million in investment and slated to create 3,155 new jobs, along with about 45 megawatts of new load.

But substations and power lines are not the only infrastructure Hoosier wants to see its customers use. It takes all layers operating in harmony to make a regional economy roll, and the metrics go way beyond how fast the meter spins. Sometimes it’s how efficiently the wheels go round, as they carry goods down the transportation corridors those power lines often follow.

That was the reasoning behind Casey’s General Stores’ April 2014 selection of Terre Haute for its second distribution center, after its home-base facility in Ankeny, Iowa. The $30-million facility at Vigo County Industrial Park will employ more than 150 people.

“Casey’s devoted a significant amount of time and resources to the site selection process for this facility,” said Robert Myers, Casey’s president and CEO. “We believe Terre Haute is the most strategic location that will enable us to expand our territory further south and east, while at the same time providing a more efficient distribution system to our existing stores.”

A similar strategy was behind Chicago-based Ulta Beauty’s choice of Greenwood for a $52-million, 537-job distribution center. In addition to $3 million in incentives from Indiana Economic Development Corp. and other perks from the city, the company chose the area over sites in Ohio and Kentucky in part because of Interstate access and proximity to the FedEx hub at Indianapolis International Airport.

Getting Out in Front

“Multiple Interstates pass through Hoosier Energy’s service territory, and logistics firms have located along all of them, but particularly along Interstate 70 going east/west, and Interstate 65, traveling north/south,” says Harold Gutzwiller, Hoosier Energy economic development manager. “The beltways around Indianapolis and Louisville help to promote the value of logistics clusters in electric cooperative service territories in those metro areas, and the construction of brand new Interstate 69 is expanding the number of interchanges that are now available for logistics growth.”

Hoosier Energy Economic Development’s pioneering location search tool at HoosierSites.com shows several logistics facilities in Greenwood and neighboring Franklin that are ready for occupancy, part of a deep catalog of 102 sites and 40 buildings as of August 2015. 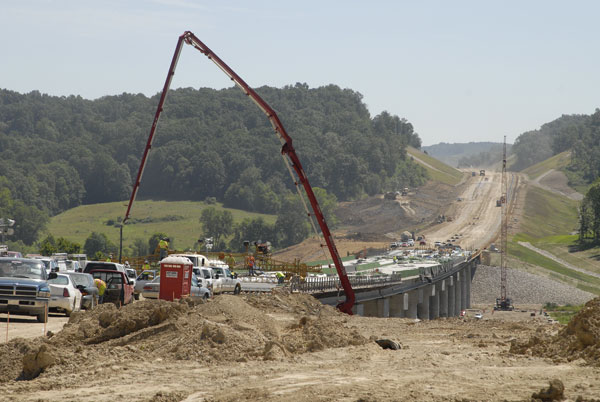 Thanks to the commitment of governors Mitch Daniels and Mike Pence, and funds from the lease of the Indiana Toll Road, I-69 is rapidly moving through construction, with various sections either already open or scheduled to be open in the next two years.
Photo courtesy of Indiana DOT

Logistics analysis also drove Boar’s Head Brand’s selection of New Castle, Ind. for a new deli meat processing and research complex. According to published reports, site selectors chose New Castle in part because of proximity to the Indianapolis airport, and the fact that New Castle was an optimum distance from both its raw material sources and its finished products’ destination, in Columbus, Ohio. Lower water and wastewater rates were also a draw.

“Hoosier Energy routinely cooperates with other utilities and construction agencies to improve the effectiveness of our economic development services,” says Gutzwiller. “We work with the state and local highway departments, for example, and we coordinate our infrastructure investments based on the information we receive from other utilities such as wastewater or water line expansions, to have the best service built in advance of growth.”