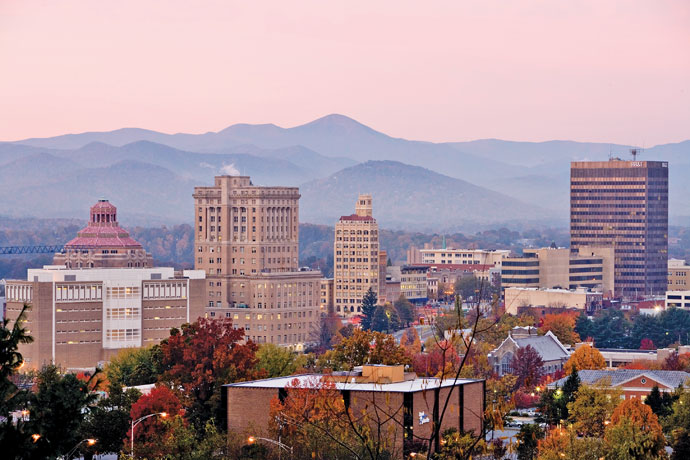 North Carolina has the fourth-best economic outlook in the US, according to the 2015 Edition of Rich States, Poor States: ALEC-Laffer State Economic Competitiveness Index, released in April. The annual study is authored by economist Dr. Arthur Laffer; Stephen Moore, chief economist at the Heritage Foundation; and Jonathon Williams, director of the Tax and Fiscal Policy Task Force at the American Legislative Exchange Council. Utah ranks first, followed by North Dakota and Indiana.

Fourth place is an improvement on its sixth-place finish in last year’s ranking. And that was a big jump over its performance in the several previous years, when it languished in the low- to mid-20s range. The ranking is a composite of states’ overall performance in a set of 15 individual measures. North Carolina ranked first in three of those — whether estate/inheritance tax is levied (it’s not), state minimum wage (it’s at the federal floor of $7.25) and right-to-work status (yes).

“The big story this year is the bipartisan embrace of state tax cuts,” said report co-author Jonathon Williams when the rankings were released. “States are increasingly realizing the need to become more competitive through fiscal responsibility and free market economic reforms. We anticipate 2015 will be a record year for pro-growth tax reform.”

It already is in the Tar Heel State. Final revenue figures for the fiscal year ending on June 30 revealed a $445 million revenue surplus, setting the stage for a 1-percent reduction in the corporate tax rate effective January 1, 2016. The figures indicate that revenues have met the trigger required for further corporate tax relief under the 2013 tax reform plan. Corporate income tax was lowered from 6.9 percent to 6 percent in 2014 and to 5 percent for 2015. A reduction to 4 percent will make North Carolina’s corporate income tax rate the lowest top rate in the country other than the handful of states with no corporate income tax.

“The surplus is evidence that reforming the tax code and increasing competitiveness are strengthening North Carolina’s economy and putting more money into the budget of working families,” Governor McCrory said on July 28th. “We must continue to be wise stewards of the taxpayers’ resources as well as maintain our efforts to make state government more efficient and responsive to the people.”

The surplus this fiscal year is predominantly the product of strong growth in business income, which resulted in a surge of final payments this April. Tax payments in April were up 15 to 20 percent from last year, which was largely driven by increased business income and capital gains.

Interactive Intelligence Group Inc. will expand in Durham County. The company plans to create 200 new jobs in Durham within the next five years. It will invest $1.2 million by the end of 2019. The company provides software and cloud services for customer engagement, unified communications and collaboration to help businesses worldwide improve service, increase productivity and reduce costs. Of the company’s 2,000-plus employees worldwide, more than 100 are based in North Carolina. Salaries will vary by job function, but the average annual wage will be $70,000. The average annual wage in Durham County is $66,599.

“A few years ago we decided to bet the company on the creation of a sophisticated set of cloud services for collaboration, communications and customer engagement,” said Interactive Intelligence Founder and CEO Dr. Donald E. Brown. “We had the option of locating this effort anywhere in the world. We chose the RTP area because of the wealth of technical talent, the concentration of great universities, and the business-friendly environment. That choice has paid off well as we’ve brought to market the most advanced cloud-based business services ever created in the form of PureCloudSM. We intend to continue to rapidly grow our presence in the RTP area over the course of the next few years.”

Nutec Group will develop an advanced manufacturing facility in North Carolina, creating 61 new jobs over the next three years. The company also plans to invest $19.2 million in the town of Huntersville over the same period to construct a new 62,500-sq.-ft. (5,800-sq.-m.) plant. Nutec Group is an international company headquartered in Monterrey, Mexico, with plants in Ramos Arizpe, Mexico; Berriz, Spain; and São Paulo, Brazil. Nutec is a producer of high-temperature insulation fibers used in the fire protection, metal, glass, automotive and petroleum industries. The new jobs will include production and warehouse workers, maintenance and quality control with varied salaries by position. The added payroll of the new jobs will be approximately $2.5 million annually.

“North Carolina was chosen for the location for the utility and transportation advantages and the state contains an exceptional workforce. In addition, we can service our customer base quicker and provide more cost effective transportation,” said Gerardo Muraira, Nutec Operations Director.

Dimensional Fund Advisors LP (Dimensional) will be locating its East Coast regional headquarters in Mecklenburg County. The company plans to create 316 jobs in Charlotte by the end of 2020. There will also be capital investment of approximately $105 million for acquiring property, building and outfitting a new office building. The new facilities could be completed as early as early as 2018. Headquartered in Austin, Texas, Dimensional is a leading global investment firm that has been translating academic research into practical investment solutions since 1981. 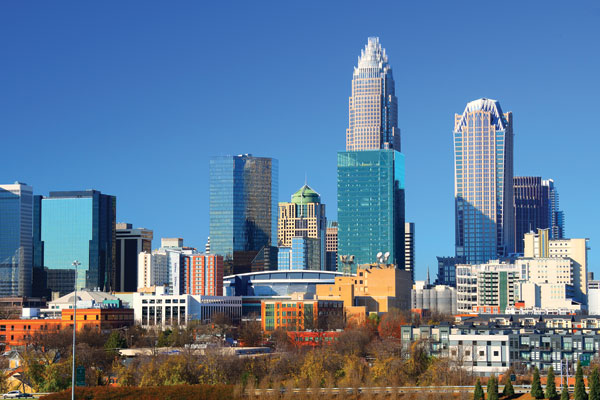 Jobs functions will span a broad range of administrative, client services, sales, investment management, IT services and leadership positions. Salaries will vary by job function with average annual wages projected to be $147,025. The average annual wage reported in Mecklenburg County is $59,882.

“This is an exciting time for Dimensional as we embark on expanding our business operations to Charlotte,” said David Booth, chairman and co-CEO of Dimensional. “We are energized by Charlotte’s vibrancy and believe our business is well matched for the community.”

Herbalife Ltd. will be expanding in Forsyth County. The company plans to create 301 new jobs in Winston-Salem by the end of 2018, in addition to the 500 jobs that will have been created by the end of 2015. It also plans to invest an additional $3.5 million into infrastructure and development by the end of next year. Herbalife, Ltd. is a global nutrition company headquartered in Los Angeles.

Herbalife currently employs 404 people in Forsyth County who produce a wide range of Herbalife’s nutrition and weight-management products. The company plans to further expand its manufacturing operations in Winston-Salem, as well as establish a significant global corporate IT presence. The new jobs will include production staff and information technology staff. Salaries will vary by job function, but the average annual wage will be $54,506. The average annual wage in Forsyth County is $47,624.

Lidl, one of the fastest growing retailers in Europe, will open a new regional headquarters and distribution center in Alamance County. The project will create 80 new full-time jobs and 120 hourly positions in Alamance County during the next three years. The average annual salary for the full-time jobs will be $80,000, which exceeds the average annual salary of $36,019 in Alamance County. The company plans to invest more than $125 million over the same period. Lidl currently operates nearly 10,000 stores in 26 countries throughout Europe. It is part of the Schwarz Group, which is the largest retailer in Europe and one of the largest in the world.

“North Carolina provides a talented workforce, a strategic location and market opportunities which presents an incredible opportunity as Lidl prepares its expansion into the United States,” said Brendan Proctor, president and CEO for Lidl US.