There’s more to Pennsylvania than Pittsburgh and Philadelphia. 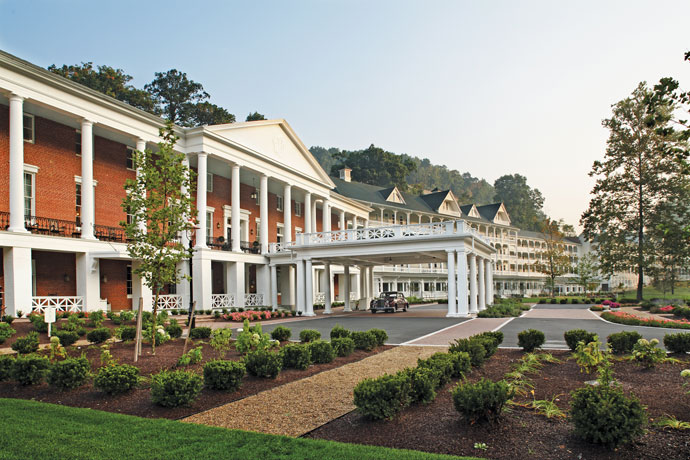 Pennsylvania’s attractiveness to business and industry doesn’t stop at the city limits of Pittsburgh or Philadelphia. An economic development initiative, CORE PA, is focused solely on creating and retaining jobs in the 53 county “core region” of the commonwealth. It seeks to grow business and industry through reshoring manufacturing and attracting foreign investment.

In the past year, projects ranging from transportation equipment manufacturing to aerospace to e-commerce fulfillment centers have made a home in Pennsylvania. And thanks to some tough-to-beat competitive advantages — Pennsylvania’s geographic location and 40,000 miles of state roads, access to four Class I railways, three ports and six international airports — it was a banner year for distribution centers in the Keystone State.

Minnesota-based retailer Target already had a distribution warehouse in Chambersburg that was supplying stores in the state and region. In early 2015 the company announced plans to open an e-fulfillment warehouse in West Manchester Township in York County. Target is investing $52 million in a vacant 625,000 sq. ft. (58,064 sq. m.) warehouse and will create more than 250 jobs in the area during the next three years. Last August automobile supplier Federal Mogul moved into a new 700,000 sq. ft. (65,032 sq. m.) distribution center, also in Manchester Township.

“Our location gets people’s attention, particularly distribution warehouse operations,” says Kenetha Hansen, vice president of economic development with the York County Economic Development Alliance, who helped work on the Target project. “We have ES3 which is huge,” she says. “It’s fully automated and supplies a lot of the Giant food stores. Amazon has a location in northern York County. There’s a new distribution center being built, Trade Center 83, which will have 1.2 million square feet (111,484 sq. m.). When these spec facilities get built there isn’t much of a challenge filling them.”

Other notable distribution warehouse projects in the state include:

• Northumberland County — Weis Markets is investing $12 million in a 104,000-sq.-ft. (9,661-sq.-m.) expansion to create a cold storage distribution facility for the company’s dairy, deli and packaged meats. The project helped retain more than 1,250 jobs in other Weis facilities in the county.

• Bethlehem — Primark Stores, a European clothing retailer, moved into 688,000 sq. ft. (63,917 sq. m.) of distribution warehouse space at the Lehigh Valley Industrial Park VII. The distribution center will supply Primark’s seven new US stores, all in the Northeast, including one in King of Prussia, Pa.

But there’s much more to Pennsylvania than distribution warehouses. The state is known for its manufacturing heritage — from Hershey Kisses to medical devices. The York County region boasts a robust food process manufacturing sector with well-known brands like Hanover Foods and Utz Quality Foods. And the sector is expanding. Apio, a produce processor making packaged salads and other vegetables, recently announced an expansion in the Hanover area of York County. The company is adding approximately 43,000 sq. ft. (3,994 sq. m.) to its existing facility, tripling the size of the building. Apio is investing more than $21 million on the project, and has also committed to the creation of 256 full-time jobs over the next three years.

“STRENGTHENING OUR POSITION IN PENNSYLVANIA IS A DIRECT REFLECTION OF OUR CONFIDENCE IN THE NORTH AMERICAN PLASTICS MANUFACTURING RENAISSANCE.”
— Ronn Cort, chief operating officer and president of SEKISUI

In February, a long time player in Pennsylvania’s plastics manufacturing industry, SEKISUI SPI announced it had purchased a 375,000-sq.-ft. (34,838-sq.m.) facility is located on 56 acres (22.6 h.) in Bloomsburg, just two miles from the company’s headquarters. SEKISUI produces thermoplastic sheeting used in a variety of industries. “As an $11 billion global company, SEKISUI has choices of locations and industries in which to invest,” said Ronn Cort, chief operating officer and president of SEKISUI. “Strengthening our position in Pennsylvania is a direct reflection of our confidence in the North American plastics manufacturing renaissance.” The investment is expected to create 200 skilled manufacturing jobs over the next five years.

Great Dane, a major manufacturer of dry van, flatbed and refrigerated semi-trailers, announced in June that it would expand into Ralpho Township in Northumberland County. The company will invest $11 million into a former Fleetwood RV site and plans to create 150 new manufacturing jobs. The company has been located in the region for more than 10 years, operating a trailer manufacturing facility in nearby Danville. “Once the new plant is fully operational, we will be able to significantly expand our dry van manufacturing capabilities while increasing employment opportunities in the region,” said Sam Gupta, executive vice president of manufacturing for Great Dane. He described the new facility as complementary to the Danville plant and “larger and better suited to future expansion.” 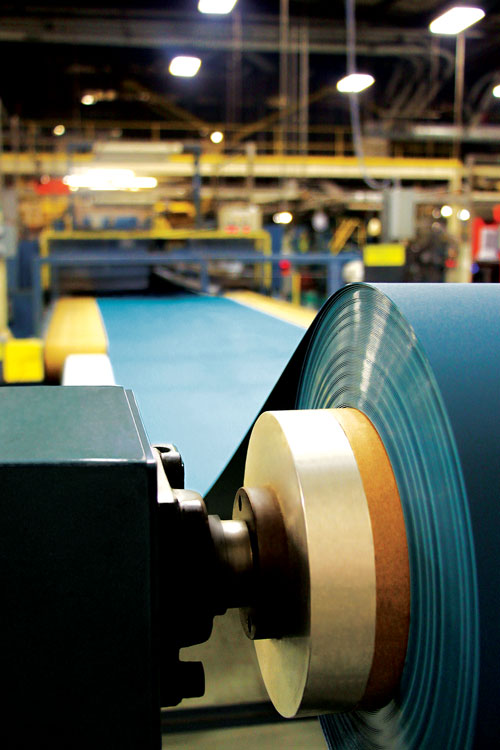 A smaller but no less significant project went into Chester County in the south central region of the state. Universal Pasteurization Company (UPC), based in Georgia, brought its new food processing technology to the region, creating 51 new jobs in Malvern. “There was some regional competition for the project,” says MaryFrances McGarrity, director of business development with Chester County Economic Development Council. “The Navy Yard always puts up a good fight and we know UPC looked there. They looked up in Montgomery County and along the Delaware County 95 corridor. This location was as close as they could get to the client.”

UPC is investing $10.8 million in an existing 170,000-sq.-ft. (15,793-sq.-m.) building that has the necessary cold storage capacity, about 40,000 sq. ft. (3,716 sq. m.) of the total. The company uses a new type of pasteurization technology that allows them to pasteurize foods already in the packaging. “The best thing is that the new technology qualified the company for a Keystone Innovation Zone (KIZ) tax credit,” says McGarrity. The Malvern site was located in the specified KIZ which made the property all the more appealing. Renovations have been ongoing throughout the summer.

May I Have Your Attention Please?

Bedford County in southwest central Pa. is banking on vision, investment and more than a little creativity in order to get noticed by companies looking to locate. The county has a small regional airport, the Bedford County Airport, which is owned by an authority. The authority leases the airport assets to the fixed base operator (FBO), Bunn Air.

The FBO recently went through the expense and certification to create an avionic division. “It was a very proactive move on their part,” says Bette Slayton, the president and CEO of Bedford County Economic Development Association. “The Federal Aviation Administration has determined that all electronics must be certified and updated by 2018. Bunn can begin providing that certification service right now.”

“You can get anywhere from here. We’re within a day’s drive of a significant portion of the US and Canadian populations.”
— Kenetha Hansen, vice president of economic development with the York County Economic Development Alliance

The airport is a significant economic development asset and differentiator for the county. It’s located adjacent to two business parks, both property tax-free for 10 years as part of the Keystone Opportunity Zone designation. The county invested $2.5 million into getting the two parks shovel-ready and another $100,000 to get all the permitting completed.

Similarly, on the south central side of Pennsylvania, Eastern Land & Resources Company owns a 536-acre (217-h.) site in South Annville Township in Lebanon County that’s attracting attention from a number of different prospects. The property has over two miles of frontage along a stand road, is permit-ready and has the required permission to relocate a road and put in a traffic light. “The project was one of only 12 projects state-wide last year to receive funding from the Governor’s Transportation Infrastructure and Investment Fund to assist with the infrastructure improvements,” says Thomas Zagami, representative for Eastern Land & Resources Company.

Among the innovations and companies associated with Carnegie Mellon University in Pittsburgh are (l. to r.):

Schell Games, founded by CMU graduate Jesse Schell, who taught at the school's Entertainment Technology Center alongside the late Randy Pausch, deliverer of the well known "Last Lecture." From 2002 to 2014, the company grew from five employees to more than 100.

The Panoptic Studio, created by a team led by Yaser Sheikh, an assistant research professor of robotics, which uses the views of 480 video cameras mounted in a two-story geodesic dome to perform large-scale 3D motion reconstruction. 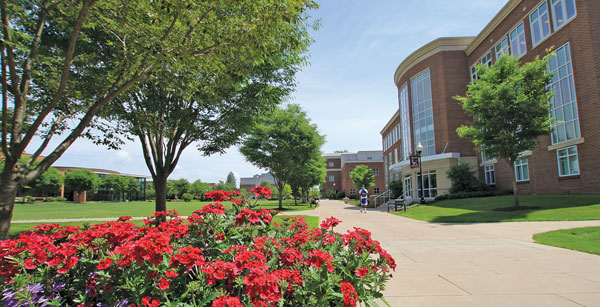 Comprising 14 institutions, 110,000 degree-seeking students and thousands more who are enrolled in certificate and other career-development programs, Pennsylvania’s State System of Higher Education generates more than $6.7 billion annually in economic activity. In addition to its own 12,000 employees, the system supports about 62,000 external jobs statewide, many with the hundreds of small businesses that thrive in and around the campus communities, according to a new study released April 15, 2015. They include several in the central part of the state.

The State System’s Board of Governors in July approved 16 new degree programs — many of which were developed with direct input from industry partners — to help ensure employers have the educated workforce they need in the future and that graduates will have the education and skills necessary to succeed. They include degree programs in data analytics at Clarion University, supply chain management at Bloomsburg University and applied digital arts at Kutztown University.