The improving Midwest business climate lures corporate facility deals and the investors who back them. 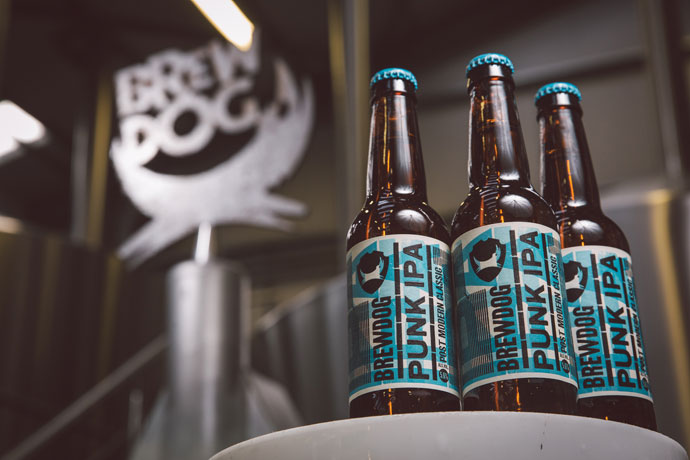 Punk IPA is an Indian Pale Ale that BrewDog calls “the beer that began a revolution.”
Photo courtesy of BrewDog
by RON STARNER

When Scottish brewmasters James Watt and Martin Dickie decided to expand their unconventional craft beer business to America, they searched for a location that could deliver the same ingredients they used back home to turn BrewDog into one of the hottest brands in the UK.

They needed to find a place that offered logistical advantages, proximity to markets of craft beer lovers, a skilled and experienced workforce, and access to capital from the public sector and private investors.

They found all of that and more in the small town of Canal Winchester in Central Ohio. 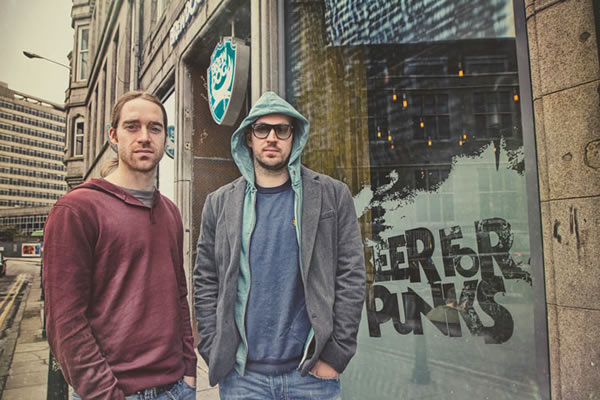 “You can reach almost 50 percent of the US population from the site, which enables us to reach a huge volume of American people with our beer,” says Sarah Warman, whose titles at BrewDog include Certified Cicerone, Master Gunner and Marketing Chick. “There is also a burgeoning craft beer scene in the Columbus region which will be an exciting thing to be a part of, and the business climate is favorable to us – not to mention the incredibly welcoming reception we have received from the people of Columbus. We have found our home across the pond.”

“There is a burgeoning craft beer scene in the Columbus region which will be an exciting thing to be a part of, and the business climate is favorable to us – not to mention the incredibly welcoming reception we have received from the people of Columbus. We have found our home across the pond.”
– Sarah Warman, marketing director for UK-based BrewDog

Based in Ellon near Aberdeen, Scotland, BrewDog announced June 29 that it will invest $30.4 million to build a 100,000-sq.-ft. brewery that will employ 125 workers in the city of 7,500 people on the border of Franklin and Fairfield counties. The plant will produce at least 85,000 barrels of beer its first year of operation, with full capacity exceeding 850,000 barrels, company officials say.
The project marks BrewDog’s entry into the North American market and delivers yet another headquarters operation to the greater Columbus area, a region that has been on a roll with expansion wins and investor capital.

The news also fits into a pattern of large corporate facility investments landing in the Midwest since the beginning of the year. From Amazon’s 2,000-job announcement in the Columbus region to JAMF Software’s 52,000-sq.-ft. headquarters deal in Minneapolis, the Midwest has never competed this intensively for talent and the companies coveting the skill sets brought by these workers, according to economic experts who track the region closely.

Why is the Midwest Winning?

“States likes Ohio and Indiana are attracting people and jobs away from the most cash-strapped states,” says Meredith Whitney, author of Fate of the States and a keynote speaker at the inaugural TrustBelt Conference in Columbus in June. “As a result, the Central US states are leading all US states in GDP growth. Over the next 20 years, this is the region of the country where businesses will invest the most.”

Mark Kvamme, a Silicon Valley transplant who founded Drive Capital in Columbus, says investors are taking notice of the transformation occurring throughout the Midwest. “There are several macro-economic factors that will make the Midwest one of the dominant economic regions in the world,” he says. “Time matters again. Location matters again. It matters for the transportation of goods, and it matters for the movement of bits.”

Amazon cited competitive power rates, access to IT talent, wage affordability, tax incentives, and available and affordable space as the principal criteria that led the firm to pick Columbus. Ohio recently rewrote its law concerning incentives for data centers. Companies that build data centers in Ohio are now allowed to share the tax credits they receive with their tenants. Also, in order to qualify for incentives, data centers now are required to maintain an annual payroll of just $1.5 million, down from the previous requirement of $5 million. 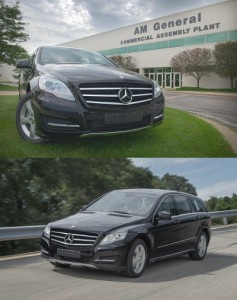 AM General, Mercedes-Benz’s first and only contract manufacturer in the US, rolled out its first Mercedes-Benz R-Class vehicle on August 11 at its assembly plant in Mishawaka, Ind. The new production line creates more than 200 new jobs at the 675,000-sq.-ft. facility.
Photo courtesy of AM General

To win the project, JobsOhio offered Amazon a 15-year, 75-percent job creation tax credit valued at $17.5 million. The data centers are going into Dublin, Hilliard and New Albany, while the distribution centers are slated for Etna Township and Obetz. The average annual wage of the new Amazon employees in Central Ohio will be $80,000, and Amazon has agreed to collect sales tax on all online orders sold to customers based in Ohio – a move seen as a key win for the state.

The founders of BrewDog aren’t promising numbers that grand for their investment in Ohio, but they are bullish on their growth prospects in the Midwest. “James and Martin have traveled all over the US because of the TV show, Brew Dogs, and because of this they were very familiar with the market,” Warman says. “We considered locations at a national level, but ultimately focused our efforts on the Columbus region and Charleston (S.C.) based on recommendations from existing contacts and experiences in the States.”

The Ohio Tax Credit Authority approved an 8-year, 60-percent income tax break for the company, which plans to open the brewery and headquarters at 96 Gender Road just south of State Road 33 by the end of next summer. The estimated value of the incentive is $659,000 for the company that anticipates an annual payroll of $5.25 million at the Canal Winchester site.

“This is BrewDog’s largest and riskiest project to date,” notes Warman. “Incentives were a large consideration in order to offset that risk. Incentives became particularly important when we were down to two shortlisted locations, Columbus and Charleston. They were both great locations with great sites. There were a lot of reasons for choosing Columbus, though, and it was extremely tough, but ultimately there were a number of factors that led to our decision, and the community really swung it for us.”

The company purchased 42 acres in Canal Winchester “with plenty of room for expansion, so we do plan to grow there for sure,” adds Warman. Those growth plans include “expanding the brewing facility as well as launching a restaurant, tap room and visitor center. We’ve then got plans to launch a number of brewpub sites across America to further promote amazing craft beer across all 50 states.”

Crowdfunding has fueled the rise of BrewDog in the UK since its launch in 2007. The company, now one of the fastest-growing breweries in the UK, plans to bring that fundraising model to the US. “Equity for Punks has fueled the growth of BrewDog since its inception,” Warman says. “We now have over 25,000 shareholders who cumulatively invested over 7 million British pounds through three rounds of Equity for Punks fundraising. In April 2015, we launched Equity for Punks IV, and so far we have raised just shy of 8 million pounds and recruited thousands more investors to our community of craft beer comrades.” 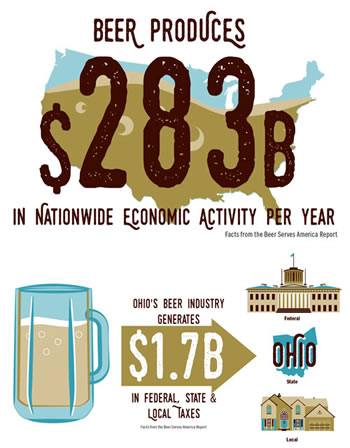 Whatever brouhaha may be occurring in the UK, however, no “killjoy jobsworths” appear to be lurking on the horizon of the Midwest economy. Consider some of the major investments announced in the region since January: