Good ingredients are essential, in cooking and industrial growth. 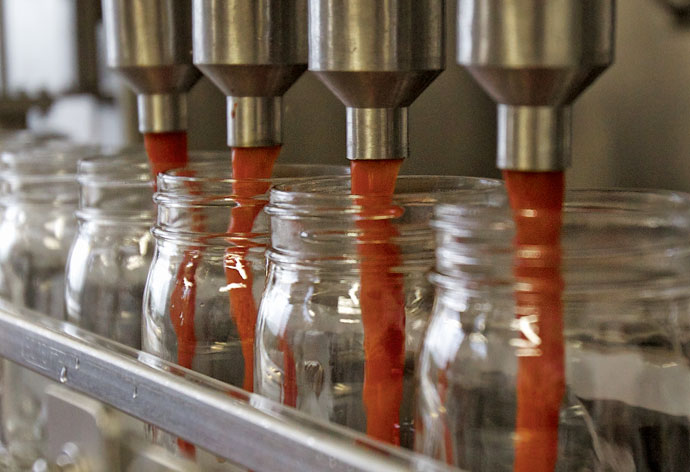 Wisconsin’s food and beverage industry has consumers covered, from food production to storage and meal preparation. Not only does the state rank fifth in manufactured food production and account for $3.6 billion in agricultural exports each year, it’s also home to the leading manufacturer of high-end appliances — a company currently in growth mode.

Sub-Zero Group, Inc., which builds Sub-Zero refrigerators and Wolf ranges, recently announced plans to expand its Wolf facility in Fitchburg in order to increase manufacturing capacity of Wolf appliances and to add its still-being-developed Cove brand dishwashers. The $62-million investment includes a 33-acre (13.3-hectare) land acquisition, a 400,000-sq.-ft. (37,161-sq.-m.) addition, and will create more than 300 new jobs over three years.

The project is particularly satisfying for Wisconsin since, six years earlier, when the company first began considering the Cove expansion, it went so far as to purchase land in Richmond, Ky., to house production. Instead, the Great Recession stepped in.

“Due to the downturn in the economy six years ago, we tabled that project as a whole,” says Kevin Unbehaun, director of manufacturing engineering for Sub-Zero. “Two years ago we picked it back up and continued product development. After evaluating the costs, we decided it was more cost effective to prototype models and production, and bring the product from the infant state to maturity with dual skill sets we currently have at the home base, close to headquarters, rather than 800 miles away. It boiled down to the fact that the initial startup costs out of the gate would be significantly less for us to do it here rather than Kentucky.”

The jobs created will require highly skilled workers. “We believe we have ample labor — not an abundance, but a strong applicant flow of good quality applicants,” says Unbehaun. Sub-Zero will receive up to $2.75 million in state tax credits from the Wisconsin Economic Development Corporation (WEDC) through the end of 2018, contingent on meeting job creation and wage requirements.

When Schreiber Foods executives began looking for a place to locate the company’s new headquarters they toyed with the idea of moving elsewhere in Wisconsin. In the end the company opted to build a new 260,000-sq. -ft. (24,155-sq.-m.) corporate headquarters and technology center in Green Bay, becoming an important cog in the city’s downtown revitalization. The project’s total capital investment was $85 million, and it created 160 new jobs.

The decision to remain in Green Bay was fueled in part by the company’s heritage. The global food giant was founded in the city in 1945, is the leading supplier of store-brand cheese in the grocery industry, and is the largest process cheese supplier to the food service industry, including schools, restaurants and hospitals. The company has $5 billion in annual sales and is ranked 88th on the Forbes list of America’s largest private companies. Approximately 1,000 employees work for Schreiber Foods in Wisconsin, with another 4,000 workers elsewhere in the US and around the world. In fact, the owners are Schreiber employees.

Schreiber’s Green Bay expansion wasn’t the company’s only Wisconsin capital investment in 2014. The company, which has two yogurt production facilities in Richland Center, invested in a new 33,000-sq.-ft. (3,066-sq.-m.) distribution center that increased output and shipping capacity at both facilities. And the company is expanding its global presence as well, announcing the purchase of three dairy production facilities in Europe: one in Slovakia, the other two in Spain.

Earlier this year another leading cheese manufacturer, family-owned Sargento, announced plans to invest $30 million to expand two facilities in Kiel and Elkhart Lake. The company was founded in Plymouth in 1953, has net sales of over $1 billion and has more than 1,700 employees. “Sargento remains steadfast in our commitment to growing in Wisconsin,” said Louie Gentine, the company’s CEO.

The 80,000-sq.-ft. (7,432-sq.-m.) expansion in Kiel will focus primarily on space for production, storage and facilities for more than 700 employees. Currently the plant employs 540 workers. The company’s technical center in Elkhart Lake, which houses engineering, research and product development operations, will add 59,000 sq. ft. (5,481 sq. m.), doubling the size. The two projects will create about 140 new jobs at both facilities and at the corporate headquarters in Plymouth. Construction at both sites began in 2015 and is expected to be complete in mid to late 2016. 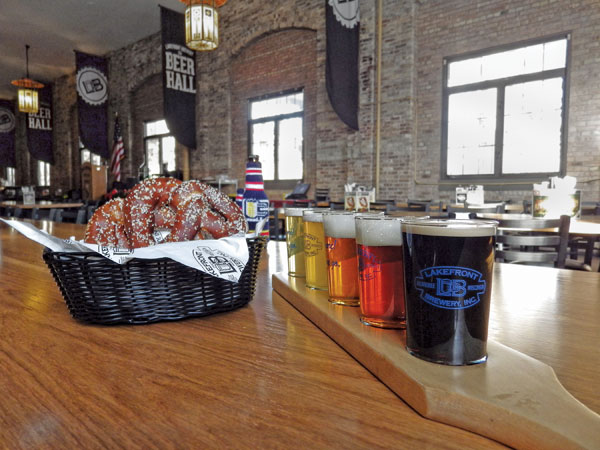 According to the Beer Serves America report released by the Beer Institute and the National Beer Wholesalers Association, the total economic impact of the beer industry, in jobs and wages, is more than $8 billion. More than 56,000 Wisconsinites work in the beer industry. The state is home to 144 brewing establishments and 119 beer wholesalers.

Lakefront Brewery is a Milwaukee landmark — literally. The brewery is located in what used to be the Milwaukee Electric Railway and Light Company’s coal-fired power plant. In 1998, Lakefront co-founders and brothers Jim and Russ Klisch purchased and renovated the historic building for their brewery. “People like to drink the hometown beer in the same way they cheer for the hometown ball team,” said Russ Klisch. “From an historic preservation standpoint, people might have an attachment to the fact that we’re located in the city. We’re intentional about that. Our identity is attached to the city.”

‘‘People like to drink the hometown beer in the same way they cheer for the hometown ball team.’’
— Russ Klisch, co-founder, Lakefront Brewery

That’s the type of attachment Pabst Brewing Company is counting on. Pabst Blue Ribbon, a favorite brew of poor college students and hipsters everywhere, was founded in Milwaukee in 1844, but shut down operations there close to 20 years ago. The company, now based in Los Angeles, Calif., proved that you can go home again by announcing plans to open a new brewery and restaurant at The Brewery, the redeveloped Pabst site in Milwaukee. The successful redevelopment of the Pabst complex currently includes the University of Wisconsin-Milwaukee School of Public Health, a hotel and apartments.